We just exited our July Euro put spread for a little more than a 100% return in 30 days. As I mentioned in the July spread I remain a longer term bull of this market. The Euro continues to gains strength and I see an upside break out coming later this month and this trade is positioning us for exactly that.This has been our single best trade so far this year and as usual I recommend banking the profits from the July trade we exited today and reinvesting the original capital from it back into this August spread. 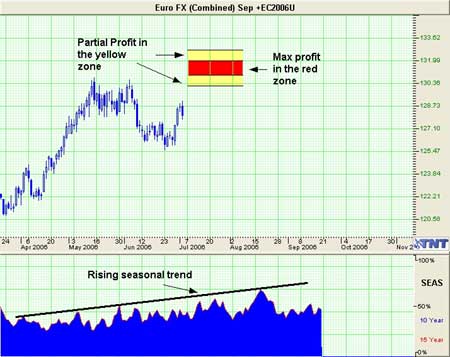