A prediction by Peter J. Kordell, President, Slipka Financial Partners
Let me state up front that I believe July ’07 corn futures (currently trading at $3.50 per bushel) could see all-time record high prices by next summer. From this premise, let me make my case. 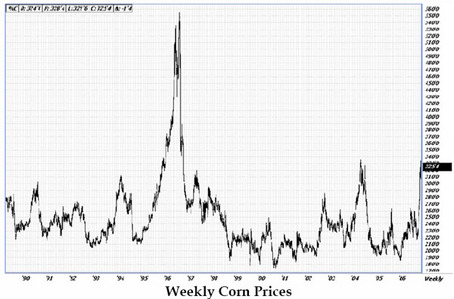