The Euro has been stuck in a trading range since December of 2006. The European Central Bank (ECB) just raised rates and all but stated that they intend to raise again at future meetings. This should be the catalyst that the market has been waiting for to break it out of this trading range, a move above 132.75 would be a channel break out and a close above 133.72 would further confirm that. This trade is a way to put a minimum of capital at risk while positioning for the breakout. 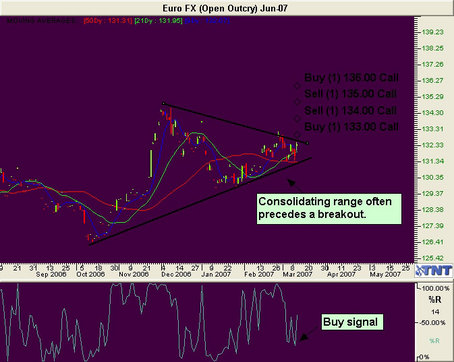 O&F News & Views
Corn Based Ethanol, a Domino of Instability