“While we see both gold and silver as safe haven investments, particularly as a hedge against the longer term risk of hyper-inflation, we believe gains in silver will outpace gold.” Gradante added, “The gold to silver ratio has reached elevated levels in recent months due in large part to gains in gold. And while we expect gold to continue experiencing gains, we anticipate silver to outperform on a relative basis and lead to a reversion in the gold to silver ratio.”

The Hennessee Group believes the supply/demand dynamics of silver present a strong case for the appreciation in the precious metal going forward, specifically due to its increased global industrial demand (caused by emerging markets) outpacing supply. 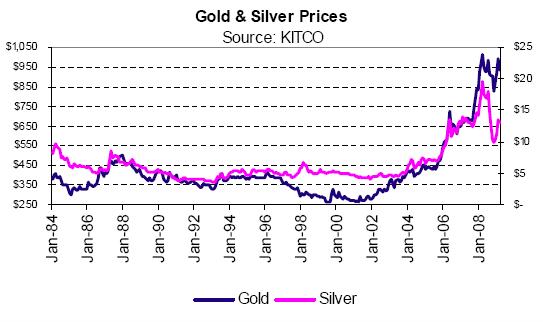 The Rise of the Gold to Silver Ratio
Gold benefited from a flight to quality in 2008 as the economic crisis deepened and investors fled risk assets for the safety of gold and treasuries; two of the few assets classes to experience gains for the year. Silver on the other hand suffered along with most other commodities over the same time period as fears of the deepening recession mounted. For the year, gold gained approximately +6% while silver dropped over -25%. Charles Gradante stated, “The dispersion in performance between these two precious metals has led to a drastic widening in the gold to silver ratio from 50x in early 2007 to its current level of 72x, the highest level since 2004.” 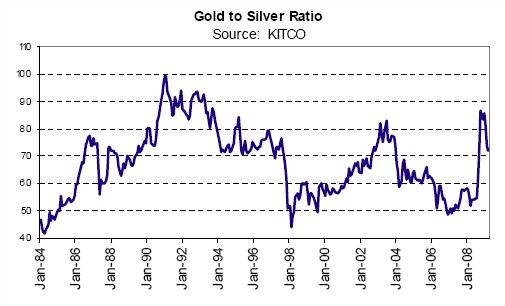 Supply/Demand Story of Silver
Despite recent concerns regarding weakening economies and a subsequent pullback in silvers’ price, the Hennessee Group believes the long term supply/demand story for silver remains intact. Charles Gradante stated, “Silver is unique relative to most other precious metals. The demand for silver not only stems from its use as a raw material to manufacture jewellery and silverware, but also from its numerous industrial applications. In fact, over 50% of silver demand comes from the industrial sector.” Gradante added, “Silver is utilized across a wide range of industries including imaging, electronics, jewelry, coinage, superconductivity and water purification. While we could see a slowdown in demand in the near term due to the current global recession, we believe longer term demand will continue to rise and support higher silver prices.” An additional source of demand we believe will continue to impact global demand for silver is the market for silver exchange traded funds (ETF). The iShares Silver Trust, created in 2006, has grown in popularity in recent years and has led to tremendous growth in the amount of silver backing the shares issued to investors. Growth in the silver ETF market is likely to continue going forward and will put additional strains on the supply/demand dynamics for silver. 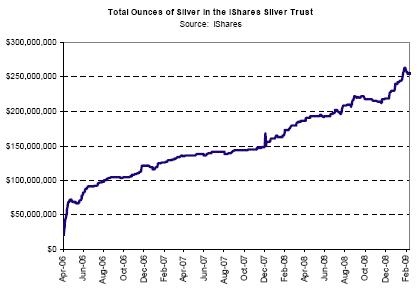 The supply side of silver is unique as well in that only a small percentage of mines in the world are pure silver producers, rather silver is typically a by-product of mines mainly engaged in extracting lead, zinc and copper. According to the 2008 World Silver Survey, supply generated due to mine production has grown from 1998 to 2007 by +24%, while demand due to industrial applications has grown nearly 44%, creating a shortfall of nearly -20%. The Hennessee Group anticipates seeing similar shortfalls between supply and demand as the economy recovers and industrial demand accelerates.

Is Diversification Key in Preserving Wealth?
Don’t Fight the Fed