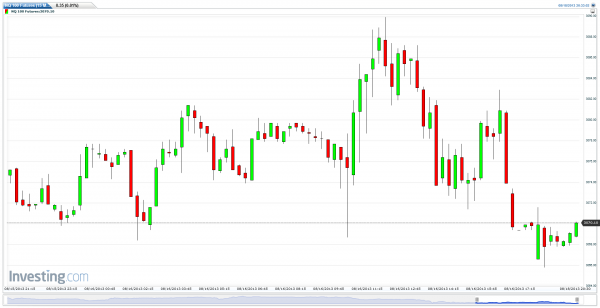 The problem seen with being correct on the markets is that if you are correct in a vacuum, nobody ever knows that you were correct, thus is the fate of many newsletter writers. Many are not published or circulated widely enough to get the proper recognition. The actual point is that it is unimportant that recognition is achieved. The purity of the analysis should be enough. The danger that many in the public have not seen is that many of the most published and followed are the least correct. To quote a service that is well followed is a badge of knowledge held by the quotes of that source. Seriously it doesn’t make a person smarter to have read and quoted widely published authors, and at worst invested with the herd. It makes that person a lemming or fish swimming into the net.

Several years prior to the collapse of the financial sectors we used to write of the financial tsunami we saw coming in the future. There were some readers that took us on and argued with us about that declaration of danger in the waters ahead. We often wondered how it is that a group of really wise people with degrees from highly respected institutions could not see what we were seeing. Then it dawned on us that it was a matter of greed……We hope, that greed alone was the inspiration and that these wizards of the financial world were guilty of merely greed and did not miscalculate the result that we saw and reported on. How could they have not known the result of using your home as an ATM machine? What kept them from understanding the risks of the packaged mortgage obligations? How could the Fed not see the bubbles in the markets around them? These answers have never been published or addressed to our satisfaction.

“The current Bollinger Bands on the daily chart are becoming very narrow and it indicates to us that we will likely see a burst of volatility moving forward.” “To turn this chart positive we need to see a definitive cross and two-day close above 1696.25. If this market continues to trade in a narrow range it will break to one side or the other on August 13, 2013. Do not fight that trend and go with that trade.” The Option Queen Letter August 11, 2013.

Today we look at the S&P 500 and agree that this market is really oversold. Technically we found support at 1651 but could drop to 1641 before we actually find some bottom fishers appear. This market is and has been a yield driven market thus when the 10 year US treasury bond’s yield is 2.84% it competes for investment money. Money will yield to safety in this rather unstable investing environment and money will flow back into shorter term, say five year bond. Yes we cut the term to five because there isn’t enough reason via yield to risk another five years in that bond. Further, the shorter the bond the less loss will be seen in any downdraft. The real yield clip will be found in some municipal yields. The problem here is that you must read and understand the bonds and how both principal and interest will be paid.

The S&P 500 declined in the Friday session closing slightly lower on the day. All the indicators that we follow herein continue to point lower at oversold levels. Our own indicator is curling to the upside and appears to be getting ready to issue a buy-signal. The stochastic indicator is beginning to curl but has a couple of days left before a signal will be issued. The RSI has lost momentum to the downside and is oversold and continues to point lower. The Thomas DeMark Expert indicator continues to point lower at oversold levels. The point of inflection on the 13th led to the major retreat on the 14th. We are above the Ichimoku Clouds for all time-frames. The weekly chart looks better than the daily and the monthly chart looks better than the weekly. The Bollinger Bands are again expanding. The 5-period exponential moving average is 1668.21. The top of the Bollinger Band is at 1711.03 and the bottom edge is seen at 1660.56. When reviewing the 30 minute Market Profile chart there is a lot of volume 15.9% of Friday’s volume and 16.8% of Thursday’s volume, at 1658.40. As this market approaches that area, there will be significant resistance seen there as the longs try to exit their positions. The other possible result will be that the market just jumps over that level altogether. Above 1662 and to 1665 we should melt to the upside to at least 1678. The daily 1% by 3-box point and figure chart is positive while the 60 minute 0.1% by 3-box chart, not so much. Food for thought!

The NASDAQ 100 declined in the Friday session but not as much as the S&P 500 did. We have a doji like candlestick on the chart with a close slightly above the days low and higher than the Thursday low. The Bollinger Bands on the NASDAQ 100 are not expanding nor are they narrowing. The 5-period exponential moving average is at 3094.42. The top of the Bollinger Band is at 3161.55 and the lower edge is seen at 3024.44. If we continue to retreat, the next area of support will be at 3048 and then at 3024, which is a do or die level. Below 3024.4 there is a rather sizable downside risk. We are above the Ichimoku Clouds for all time-frames. The Market Profile 30 minute chart shows a volume cluster at 3075.36. 27.5% of Friday’s volume was seen at this level and 20.7% of Thursday’s volume. Either the trade will be long or short at this level and will be looking to flatten. Again as with the S&P 500 the only way to avoid this cluster of sell/buy orders is to jump over the level. The daily chart shows a cluster of buy/sells at 3115.35 and shows some danger for this market below 3061.17.

The Russell 2000 decline in the Friday session ending the week with four down days in a row, the only up day was Monday. We are above the Ichimoku Clouds for all time frames. The Bollinger Bands had narrowed and exploded with the decline in the past week. Both the Thursday and Friday close were below the lower edge of the Bollinger Band, a level which is not terribly stable. We will either see the bands expand or see the trade move back inside the bands. All the indicators that we follow herein continue to issue a sell-signal albeit at oversold levels. The 5-period exponential moving average is at 103.408. The top of the Bollinger Band is at 106.51 and the lower edge is seen at 102.778. We project some support at100.8, 992, 968 and then the final projection number of 933.20. As this market approaches 102.25 we will see some adjustments in the market. 18.5% of the trades in the Friday session occurred at that level. Those who were long and wrong will be praying to be relieved of this error as we approach that level. Again, the only way to avoid that problem is to jump over that level. The point and figure charts show that there is congestion overhead and lots of reason to worry about the upside.

Gold rallied in the Friday session fishing the week with a gain of 15.10. We closed above the Ichimoku Clouds in the Wednesday session and continued that into the Friday session. We are above the clouds for both the daily and the monthly time-frame but below the clouds for the weekly time-frame. The 5-period exponential moving average is at 1350.52. The top of the Bollinger Band is at 1369.07 and the lower edge I seen at 128054. We project a rally to the 1412 area. All the indicators that we follow herein are overbought but they continue to point higher. The Market Profile chart of gold shows that 36.2% of the volume was seen at 1367.60. Gold is a market that many have strong feelings about. There are the gold bugs, who just love gold, than the inflation hawks, who love gold, those who treat gold as a currency and of course those who hate gold. All involved have strong emotions about gold. In today’s market where our currency is losing value, it is curious to see gold not trading at a higher level. We simply read the charts and when they tell us to go long, we do so. On the daily point and figure chart, it appears that above 1374.10 there will be little resistance to the upside. There are previous congestion areas at 1392 up to 1419.60. Above 1483.30 we will really see the shorts panic and probably run gold to the 1550 to 1570 area. Should the stock market take a tumble, remember margin clerks will sell assets as they see fit and if gold is available for sale, it will be sold. Should the financial have an accident and flush out to the downside, expect to see gold used to stratify margin calls. That should push the price of gold down and give you the opportunity to purchase it at a lower level. We would view this as an opportunity rather than a defense.

The US Dollar index rallied in the Friday session and managed to avoid the possible test of a recent low seen on August 8th, 2013. All the indicators that we follow herein are issuing a fresh buy-signal. The 5-period exponential moving average is at 81.443. The top of the Bollinger Band is at 82.52 and the lower edge is seen at 80.98. The Bollinger Bands are becoming very narrow. There is nothing on the chart to indicate that the bands are going to expand in the near-term. They do not look as though the contraction is complete. The point of inflection occurs on September 3, 2013. This will cause a violent move in this market, unless the market moves out of the range between the uptrend and downtrend lines. The down trending channel lines are 81.88 and 80.68. The Market Profile chart is a little scary below 80.84 and a lot scarier below 80.465. On the other hand above 82.55 there should be good news for the US Dollar bulls.

One Response to The Option Queen Letter