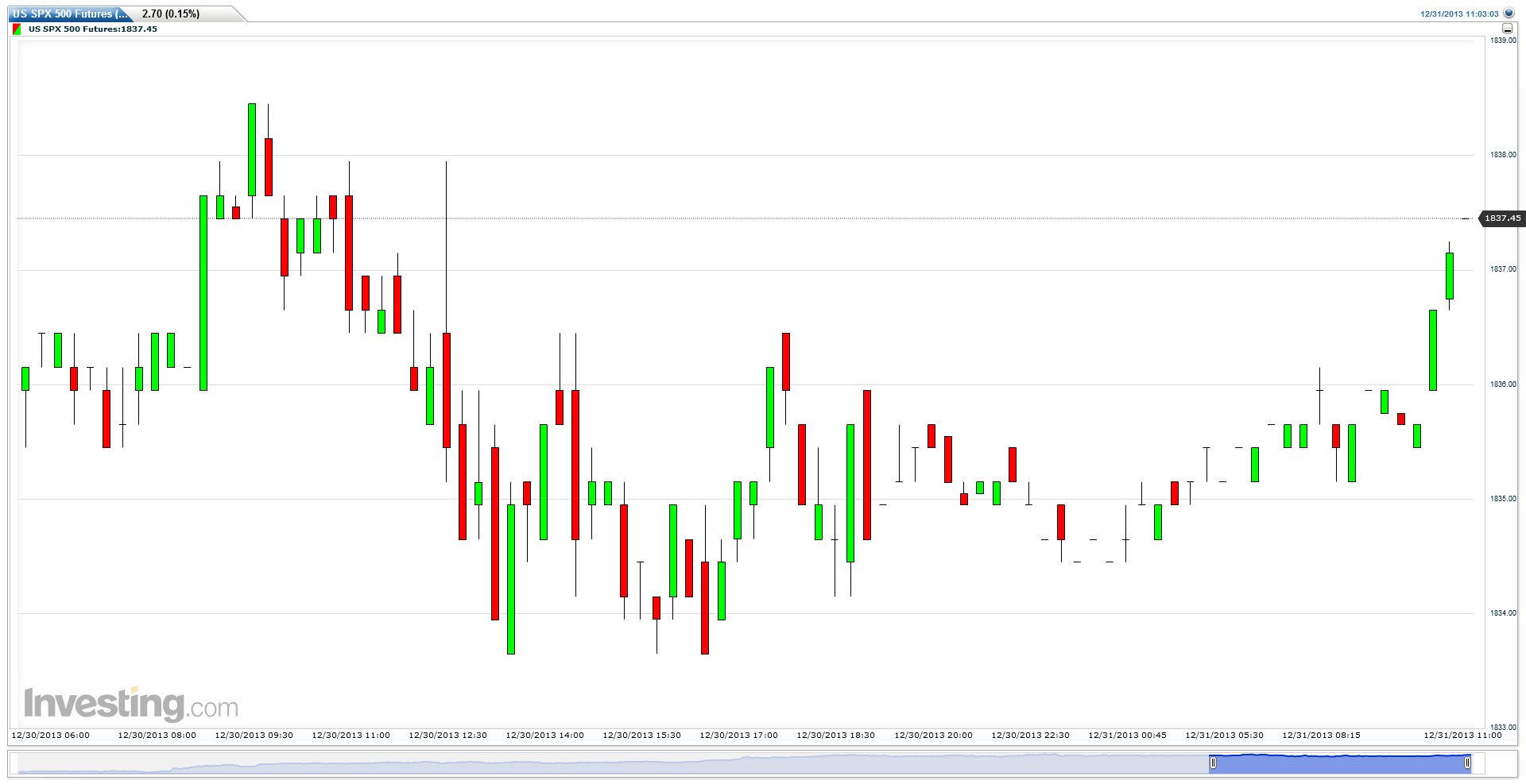 We need to reflect this week on all that was learned during 2013. What did we learn? We learned that government printing presses do eventually affect the upward trajectory of the stock markets, that sell or buy the news works (decisions once made will have an upward bias because it is now a measurable event….known) and that gridlock doesn’t do much to hamper the economy which seems to plod along no matter what Washington D.C. does or does not do. We learned that even if the government shuts down, those elected officials that are failing at doing their job to pass a budget, continue to get paid. We learned that unpopular programs continue to operate and that it really doesn’t matter what the populace wants. We learned that those who take from the system such as those who benefit from government handouts will continue to vote for those representatives and leaders that promise to continue said handouts. That this past year, 2013, has the distinction of being the year with the largest number of wealthy citizens giving up their US citizenship, a privilege, just to leave the country…..No we are not speaking of France. We have learned that redistribution of wealth really does not work, people will leave. We learned that the markets are all inter-related globally. We sadly learned that “We the People” have little to say about the actions of our government. We learned that baby boomers are unemployable not because they are old but because they are old. It would be illegal to say that they are old. We also learned that seniors or people over, say 50, are protected against age discrimination and that very few corporations are willing to hire them because of the consequences when trying to fire older workers. We learned that high frequency traders (HFT) are privileged and operate in league with exchanges and that life in the fast lane is not fair. With that in mind, you can make it fair by using simple charting techniques to discover support and resistance or supply and demand. Use your tools and forget about rumors or media hype.

In 2007 we warned our readers that we were headed for a financial tsunami. We were chided and rebuffed and called a fool for having dared state that our banking system was treading on very thin ice and that a devastating event would occur if things were not repaired. We had our tsunami and now, we stand facing that ocean with the same reasons to worry. Perhaps it isn’t the family home being used as an ATM machine but we are also in a sort of bubble economy which will enjoy the same results…chaos.

The S&P 500 closed the Friday session unchanged on the day leaving a doji candlestick on the daily chart. This market, to understate the obvious, is very overbought and seems to be beginning to lose some of its upside momentum. We have a sell signal issued by the Thomas DeMark Expert indicator, the stochastic indicator and our own indicator. The RSI continues at overbought levels but is not curling over to the downside and seems to be going sideways. The weekly and monthly charts show us that all the indicators that we follow are overbought. We do have signs of exhaustion and most of this past week’s rallies have been in the moderate to small camp. Yes, it is a holiday week and yes the volume is light, which should make the movements more erratic. We are above the Ichimoku Clouds for all time-frames. It is interesting to note that the upward trending channel lines are very narrow. There is only a 13.30 difference between the upper and the lower lines indicating that the range is becoming very narrow. The angle of assent is extremely steep and cannot continue at this pace. The 5-period exponential moving average is at 1827.35. The top of the Bollinger Band is 1839.66 and the lower edge is seen at 1764.46. Although we can continue in this trajectory for some time, it should be seen as temporary. We see minor support at 1820 and better support at 1808.72. Both the 60 minute 0.2% by 3-box and the daily 1% by 3-box charts continue to look positive.

The NASDAQ 100 closed the Friday session down 11.50 handles or points leaving a bearish engulfing patter on the chart. All of the indicators that we follow herein are issuing a sell-signal. The weekly indicators are overbought but have not issued a sell-signal and the monthly stochastic and our own indicator have issued a sell-signal. The monthly RSI continues to point to higher levels. The monthly chart looks like a pole to the upside. The 5-period exponential moving average is 3557.11. The top of the Bollinger Band is 3580.05 and the lower edge is seen at 3427.29. There is an upside gap on the chart from the high of December 20, which was an option’s and futures expiration Friday, to the low of December 23, 2013 opening of trading on Monday following the December expiration. We are above the Ichimoku Clouds for all time-frames. Our own indicator is screaming sell but we will take the position of entering the market a little late rather than being burned on an unconfirmed emotional trade. What we are seeing is a market that is rioting higher which is trampling the shorts and will likely turn to the downside. Unfortunately, we do not know when but only that this is going to happen and that it will be painful to those who will be caught long. The rotation on the Market Profile chart was a -6, something to worry about if, you are a bull. The daily 1% by 3-box point and figure chart clearly is positive as is the 0.2% by 3-box 60 minute chart…..for now anyway.

The Russell 2000 lost 1.10 handles in the Friday session leaving a doji-like candlestick on the chart. There is a rather large gap on the chart from December 20 to December 23 on the chart. The low of the gap is 1128.90 the high of the Friday session and the high is 1144.00. The 5-period exponential moving average is 1152.16. The top of the Bollinger Band is 1164.44 and the lower edge is seen at 1094.04. We are above the Ichimoku Clouds for all time-frames. All of the indicators that we follow herein are issuing a sell-signal.

The US Dollar index had a really ugly day on Friday losing 2.03 handles. The low of the day was 79.83 a level that opens to door to 79.21. The index is below the Ichimoku Clouds for both the daily and the weekly time-frames but is above the clouds for the monthly time-frame. The 5-period exponential moving average is 80.566. The top of the Bollinger Band is 81.016 and the lower edge is seen at 79.836. The 30 minute 0.05 by 3-box point and figure chart has a target of 79.70. The 60 minute 0.1% by 3-box chart has a negative look with an imposing downtrend line with a downside target of 79.20. The down trending channel lines are 80.625 and 79.80. Until or unless the market closes above 80.625, there is no reason for a short to cover that position. As a matter of fact, the longer and steeper the downtrend is the more reason to press the short position. The indicators that we follow herein continue to point lower and are not oversold. There probably is more pain for the US Dollar bulls in the near-term future.

As the US Dollar index drops, crude oil rallies. That is a relationship that generally works. As you know, WTI is traded in US Dollars. Crude oil traded higher in the Friday session adding 60 cents for the day. We are inside the Ichimoku Clouds for the daily time-frame but above the clouds for both the weekly and the monthly time-frames. The upward trending channel lines are 103.77 and 99.42. The 5-period exponential moving average is 99.36. The top of the Bollinger Band is at 100.94 and the lower edge is seen at 94.16. We believe that 101.35 will offer this market some resistance. The target above that level is 104. From a fundamental point of view, crude oil rallies when it is believed that the economy is expanding which would lead to higher demand for the product. Crude oil has economics pushing it higher and a weaker US Dollar helping the price rise. The only problem with increased costs of crude oil is that it is like a tax which flows to all users equally. In general this sort of tax will act to slow the expansion and will hamper growth in the economy. We continue to see a buy-signal as issued by our own indicator. The RSI is going flat at overbought and the stochastic indicator could issue a sell-signal at over bought levels. That one is not clear yet. The 60 minute 0.2% by 3-box chart has an upside target that has just about been met, actually it is close enough to assume that it has been met. The chart continues to look bullish. The daily 1% by 3-box chart has a fresh downtrend line. Right now the chart looks as though the market is consolidating…..

Gold closed up in the Friday session and looks as though it could be trying to turn the corner to the upside. We are below the Ichimoku Clouds for all time-frames. The 5-period exponential moving average is 1210.96. The top of the Bollinger Band is 1265.35 and the lower edge is seen at 1188.97. The downward trending channel lines are 1227.99 and 1153.59. All the indicators that we follow herein are issuing a buy-signal. Clearly until or unless the market is able to close and stay above 1227.99, there is no reason for the shorts to become nervous. Above 1227.99 they might become a little anxious but above 1261 and 1267 they will panic. The 1% by 3-box daily chart has a downside target of 1146.92. There are several internal downtrend lines and seemingly no immediate reason to worry that they will be removed. The 60 minute 0.5% by 3-box chart gives us an initial downside target of 1155.61. Here again there are several downtrend line which will have to be removed before any reasonable short will become concerned. We would like to be bullish on gold but for the moment, all the ducks are not in a row and we need to see more proof that gold is turning the corner.