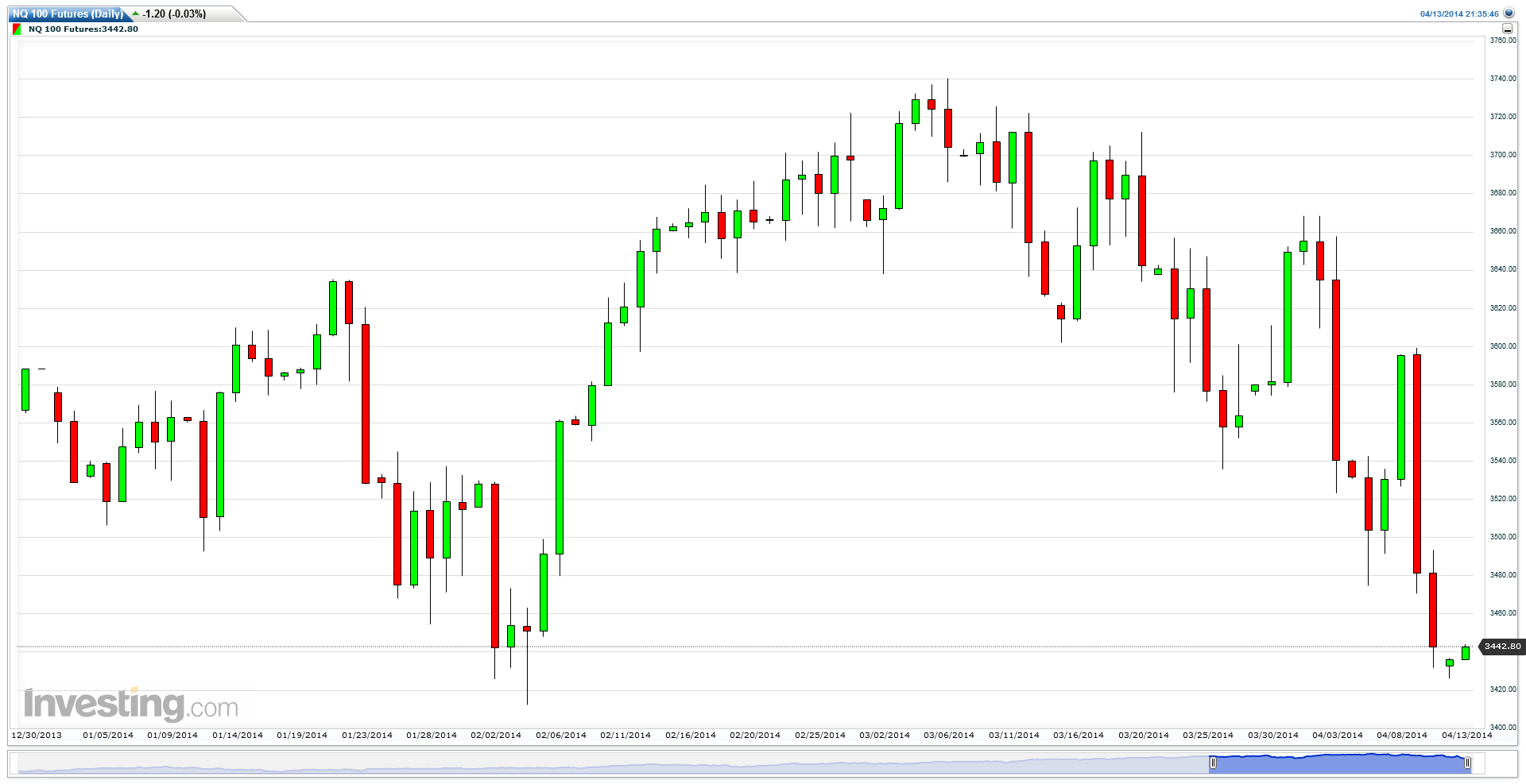 Friday’s retreat in the markets was shallower than the retreat seen in the Thursday session. It had a wash-out feel to it. We sensed that positions were flattened for the weekend. Those who were short likely covered their positions. The longs, well, they have had a great run for quite a while and this short swift retreat was expected and well publicized.

The hostilities and aggression continue as Russian forces inch their way into the Ukraine and build up a sizable invasion force on the Ukraine boarders. How will that affect our markets? Well, not that much as it is the perception of instability that causes the markets to react. Yes Russia does at it will, we cannot control them at all. We do not control that country nor should we look to do so. In recent months the USA has been at odds with Russia, although not much has resulted from that agreement to disagree. It is all so PC no shoes thrown at each other. Yes we remember when Khrushchev took off his shoe and banged the rostrum at the UN during an October 12, 1960 debate when Lorenzo Sumulong accused the Soviets of dominating Eastern Europe in a type of colonialism. In a calm and diplomatic manner unique to Khrushchev, the Soviet Premier proceeded to call the Philippine delegate “a jerk, a stooge and a lackey of imperialism.” This was of course followed by a few instances of Khrushchev banging his shoe, actually three in all. Hillary, you and Bush Jr., only scored one shoe incident. It seems that we should watch out lest the Russian troops might take up residence in Brighton Beach, New York. Now that just might get the administration interested.

The S&P 500 lost 60.25 points for the week or about 3.2% or its value as calculated from this week’s high print or about 4% from the high of 1892.50. Is that a 10% correct, no! Is that the beginning of a “bear market?” No, it is way too early for us to say that. It is a normal correction in the scope of an aging bull market. The weekly charts show us that the market remains above the uptrend line drawn from June of 2013. As the weekly indicators, they are all pointing lower with plenty of room to the downside. As to the daily chart, we have broken below the trendlines. We closed below the 100 day moving average and below the lower edge of the Bollinger Band. If one would like to look at the pattern on the chart, it could be read as a head-and-shoulders pattern with a broken neckline projecting a drop to 1712.25 which would be a 10% drop in this future’s contract. The 5-period exponential moving average is 1836.26. The top of the Bollinger Band is 1894.65 and the lower edge is seen at 1820.66. As noted, we closed below the lower edge of the Bollinger Band. Two things can now happen, either the bands expand to accommodate the increased volatility or the market rallies back inside the band. We believe that although the market likely will open lower, that it will rally back inside the expanding bands. Please note that the bands are at the beginning, not at the end, of expansion. The 60 minute 0.1% by 3-box point and figure chart has two targets. The most recent target is 1799.48. There is a clear absence of uptrend lines in recent markings on this chart. The daily 1% by 3-box point and figure chart puts things into better prospective showing us that this is a correction, at the moment. Neither the RSI nor our own indicator is oversold at this time however, that said, both are approaching oversold. The stochastic indicator is oversold but not issuing anything of value. How far can the bounce take us? We believe that it can take us to 1845 +/- two or so.

The NASDAQ 100 continued the heavy volume retreat in the Friday session losing 1.03% on the day. We are oversold as measured by the stochastic indicator but both the RSI and our own indicator have a little more to travel to register oversold. We have no upward bends in the indicators so far but that can change in a nanosecond. The 5-period exponential moving average is 3507.77. The top of the Bollinger Band is 3751.49 and the lower edge is seen at 3451.59. We closed below the lower edge of the Bollinger Band telling us that we closed at an extreme. The NASDAQ 100 did feel somewhat washed out in this session and had a narrower trading range than the previous session although the volume in the Friday session was greater than the volume in the Thursday session. The downward pointing channel lines are 3610.21 and 3431.50. The 60 minute 0.2% by 3-box chart looks to be nearing an important support level, which in the past held the market. We have no fresh downside or upside targets on this chart but we do have some serious downtrend lines. The daily chart continues to look bullish sort of, except for a small breech of the internal uptrend line.

The Russell 2000 lost 14.80 points or handles in the Friday session. Although the range was smaller than that seen in the Thursday session the volume appears to have been equal. Yes, we are oversold as measured by our indicators but the indicators continue to point lower. The steep downward trending channel lines are 1168.40 and 1101.21. The 5-period exponential moving average is 1131.88. The top of the Bollinger Band is 1219.64 and the lower edge is seen at 1112.43. We did close below the lower Bollinger Band in the Friday session. We expect to see the market rally back to the 1131 level and then possibly the 1157 level. 9.8% of the day’s volume was seen at 1107.76. The damage done in this index can clearly be seen by looking at the point and figure chart.

Crude oil had a failure in the Friday session. After printing a high for the week, WTI reversed and took out the Thursday low closing the session just about where it began the trading day. The stochastic indicator is issuing a sell-signal. The 5-period exponential moving average is 102.74. The top of the Bollinger Band is 103.74 and the lower edge is seen at 97.67. The upward tending channel lines are 103.97 and 99.75. This market has gone a bit too far to the upside and will likely retreat a bit in the next few days. The daily 1% by 3-box chart continues to have an upside target of 137.75. We have close above the recent downtrend line. The 60 minute 0.7% by 3-box chart has an upside target of 112.45. So far so good for crude bulls, but we believe that some backing and filling is in the near-term future.

Gold was little changed in the Friday session giving up just 20 cents on the day. The market left a doji candlestick on the chart which also was an inside day. The upward trending channel lines are 1326.90 and 1298.24. The upper edge of the Bollinger Band is 1356.34 and the lower edge is seen at 1265.75. The Bollinger Bands are contracting and we seem to be losing volume. The indicators are curling over but have not issued a signal. The daily 0.75% by 3-box chart has an upside target of 1384.25. As we change the box size to a 1% by 3-box chart we get an unbelievable 1867.58 target. We believe that this market needs to back and fill a bit and that it is somewhat overextended to the upside.

The US Dollar Index has broken the weekly uptrend line and done so sharply! This is a truly significant event as the Dollar’s uptrend line has been in place since May 2011. The index closed the Friday session at 79.52, bouncing off of support and carving out what seems to be an interim bottom. From here we should see the index bounce to at least the 80 level before making its way back down. The Bollinger Bands are currently expanding gently with the Upper Band at 80.61 and the lower band at 79.35. The 20-period simple moving average is 79.98, the 5-period exponential moving average is 79.68 and the index is currently below both. The RSI is starting to curly up while making a higher low and are own indicator while not yet issuing a buy signal is starting to curl up.

The US Dollar Index is forming a coil. The 79.34 level the index bounced off of is where the uptrend line met horizontal resistance. The index should pull up to the 80 level and if it is feeling really ambitious, possibly touch the uptrend line (80.40). If this triangle breaks to the downside, the Index will initially pull back to 79.

The 30 minute .05 x 3 Point and Figure Chart shows that while the Index is currently in a down trend, there aren’t any downside targets. There is one activated target to the upside of 82.05 which we take as time for the index to take a break from its decent and rally. The weekly candle chart shows support below at 79.29 followed by 79 flat with resistance above at 80.14.

FX Play in the Cable
Flight out of Safe Haven