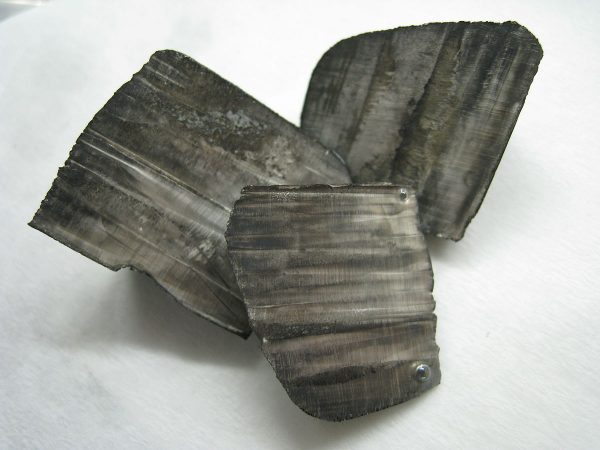 While other commodities are floundering or completely collapsing in this market, lithium—the critical mineral in the emerging battery gigafactory war—is poised to explode, and going forward Nevada is emerging as the front line in this pending American lithium boom.

Most of the world’s lithium comes from Argentina, Chile, Bolivia, Australia and China, but American resources being developed by new entrants into this market have set up the state of Nevada to become the key venue and proving ground for game-changing trade in this everyday mineral. Nevada is about to get a boost first from Tesla’s (NASDAQ:TSLA) upcoming battery gigafactory, and then from all of its rivals.

For several years, experts have been predicting a lithium revolution, and while investors were being coy at first, the reality of the battery gigafactories is now clear, and nothing has hit this home more poignantly than Tesla’s recent supply agreements with lithium providers who will be the first beneficiaries of this boom, followed by a second round of lithium brine developers that are climbing quickly to the forefront.

As Jeb Handwerger—founder of Gold Stock Trades—recently told the Resource Investor: “This is just the beginning. We’re in the early stages of a revolution in powering transportation and homes. This really is disruptive technology. Annual growth in the battery space could be around 20 percent, which means that demand could double every five years. These batteries make smartphones, laptops, tablets, electric cars and even solar energy practical.”

Tesla—which will require large quantities of lithium at cheaper prices–has already signed agreements to purchase lithium from Canadian Bacanora Minerals Ltd and British Rare Earth Minerals Plc. in Mexico but has indicated that it is looking closer to home, and particularly in Nevada, which is ground zero for Tesla’s battery units.

For Nevada, there can be no more significant validation than Tesla’s lithium supply agreements. Albemarle Corp. already has the producing Rockwood mine, but Tesla and other gigafactory contenders are concerned about new lithium resources.

And the newest entrant on this scene—Dajin Resources Corp – has two projects in Nevada, only a short distance from Albemarle’s Rockwood producing mine and in close proximity to Pure Energy Mineral’s lithium development project, which just signed a preliminary supply agreement with Tesla.

Focused on the exploration of energy metal projects, Dajin has strategically located targets in Nevada, including over 3,800 acres in Alkali Lake, which is only 12 kilometers from the producing Rockwood Lithium Mine. It also has the Teels Marsh project, which covers over 3,000 acres in the Mineral County desert lake basin and is about 80 kilometers away from producing mines and new exploration targets that are all on the site of a volcanic eruption that many believe could have contributed lithium.

Where future supplies are concerned, investors will be looking closely at Dajin, which is 100% self-owned and operated. If it can post similar success in terms of exploring lithium brine, it could easily pop up as a favorite stock on investors’ radar.

And the brine is the place to be, putting Nevada at the front line of the North American lithium revolution at a time when other minerals are collapsing. The lithium, found in salty water, or brines, is the most cost-effective on the market; it’s cheap and easy to extract, giving competing battery gigafactories new, affordable American lithium resources that will be a global game-changer.

At the end of the day, Nevada has enough lithium brine to earn it a place among the key global venues—a list that for now includes the “Lithium Triangle” of Bolivia, Argentina and Chile, as well as China.

When it comes to lithium, “it’s all just talk if you don’t have an aquifer and a closed deep basin containing lithium,” says Dajin CEO Brian Findlay. “There aren’t many American properties out there like ours.”

Without lithium, there will be no battery gigafactories. In fact, one of these factories alone will need 15,000 tons of lithium carbonate a year just to get started—and the first is slated to come online as soon as next year.

Construction has already started on Tesla’s battery factory, where the assembly lines are expected to churn out enough lithium-ion batteries for 500,000 electric cars, according to Fortune magazine, and it should be operating at full capacity by 2020.

And the Tesla gigafactory is just the tip of this overall iceberg.

According to a report from the Centre for Solar Energy and Hydrogen Research, more than one million electric vehicles will be on the road globally by the end of this year—that means a spike in lithium demand, which Roskill consulting and research predicts will more than double from 2012 to 2017.

Even more than hybrid cars, grid storage and the ‘powerwall’ will drive lithium demand through the roof. In an interview with Reuters, General Electric said it expected this sector to quadruple to $6 billion by 2020 thanks to rising demand for industrial battery systems driven by increasing reliance on intermittent energy sources, such as wind and solar power, as well as the potential to add energy to the grid quickly when power needs spike.

Now the game is all about new resources—and specifically, American resources, with all eyes on the brine. Tesla knows this, and so do its competitors. Investors who know this will get in on the game before these new entrants start producing.

By James Stafford of Oilprice.com

Is Gold a Commodity or Money?
Fractional Reserve Gold Bullion