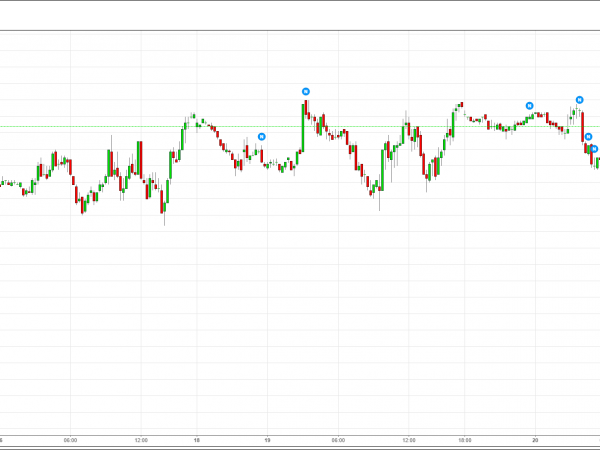 By Jeanette Schwarz Young on October 20, 2015 in traders

We’re back! We apologize to our readers for the great deal of time that has passed since putting out our last letter but are happy to say that we are back in action.

If you look at the daily chart of the S&P 500 futures continuation, you will see a large “W” formation. We closed the Friday session just above the critical neckline of 2021 which put us on alert as to a possible rally to 2128. It is important to remember that most of the mutual funds in the US are busy reshuffling their portfolios to take their 2015 loses before Halloween. This pressure, which has been evident in the behavior of equities should be relieved as the witches and goblins finish there “Trick of Treating.”

The NASDAQ 100 has a very similar look but has not, as of this writing, been able to close above the neckline. Both charts of the NASDAQ and the S&P 500 are bullish and look as though they will enjoy a Thanksgiving and Christmas rally. That said, this is an extremely short-term view of the market and a short-term rally does not ensure nor preditct the return of the bull market.

The recent influx of mergers does make good financial sense insomuch as interest rates are at historic lows. Mergers are also an indication that profits from operations may not be improving as had been expected. By purchasing another company with a good business, the acquisition will quickly flow positive to the aquirer’s bottom line also allowing the purchaser the ability to cut and merge employees and production. Unfortunately, if too much is paid for the aquired company, the gamble could blow up for both companies but especially the aquiring company.

Interest rates and inflation/deflation are always a hot topic in financial circles. This week, it was announced that there will be no increase in social securities payments to receipients. Why? Because there is no inflation yet… The same announcement indicated that the cost for medicare part B payments by those same recepients of social security would increase tremendously……what no inflation yet cost increases in medicare? Footnote on the medicare part “B” increase is that if you have the part “B” costs taken out of your monthly check and earn under $85,000 for a single wage earner, there should be no increase in your cost; however, if you are earning more money that the $85,000 for a single wage earner, watch out the increase can be between 30 and 54% for part “B,” yikes! Get your act together, if there is no inflation than why are medicare costs rising….duh….did we miss something? In finance we call it messaging the numbers to make the read what you want them to read. Clearly, the government has received an A in that course. The insurance companies are the huge winners here.

Two weeks ago we were on Japanese television with Akio Shimizu, World Marketz WMZ chief producer. On that broadcast we stated that the Bollinger Band on crude oil were narrow and the chart pattern was that of a pennant. We siad that crude oil was going to move and that move would be to the upside…..we were correct. Much of the move in crude oil was and can be attributed to the weakness in the US Dolllar index. We continue to believe that byt 2016-2017 that the supply of crude will have dwindled to a level which will cause an increase in the price of crude oil. Here in the USA our rig count is dropping month after month. We are not going to gain oil independance for quite a long time.

The S&P 500 rallied in the Friday session and managed a close very near the high of the day’s range. That is a strong performance, especially for a Friday This tells us that either there were a lot of shorts caught in the session that waited just until the close to flatten or, that the ETFs were busy fixing their positions to properly reflect the ownership of the assets they are supposed to hold. Either way, it was a strong performance for the day and the two-day rally. There is a clear “W” formation on this chart with a close above the neckline of 2011.75. This bullish action needs to see follow through for confirmation. The RSI, stochastic indicator and our own indicator are all overbought but continue to point higher. The Bollinger Bands are contracting and indicate that this index may back and fill for a few days. The weekly chart confirms the “W” formation and does look bullish. The monthly chart is also bullish. The 60 minute point and figure 0.2% by 3-box chart has an upside target of 2084.66. The daily 1% point and figure chart has not given us an upside target and continues to have the downside target of 1886.26 inforce. It is important to note that much of the rally has been on light volume.

The NASDAQ 100 enjoyed a continuation of the Thursday rally and closed the Friday session just a hair below the high print for the day. This chart also shows a possible “W” formation but it is not complete yet insomuch as the neckline 4441.75 still remains overhead. All the indicators that we follow herein continue to point higher. The ADX is beginning to move lower which alerts us to a possible change of direction. The 60 minute 0.1% by 3-box point and figure chart has an upside target of 4563.24 and looks very bullish. The daily 1% box 3-box point and figure chart continues to have a downside target of 3601.56. The market profile chart clearly showes that the market was probing the upside and was testing the waters but was unable to push higher. The upside had very light volume. The heavest volume was seen at 4414. Should the market trade below 4402 or so expect to see a push to 4394. If long this market, keep your trailing stops tight and do not fight the trend.

Crude oil did rally in the Friday session and seems to be setting up for a rally. Both the RSI and stochastic indicator are positive. Our own indicator could turn positive in the next session. Right now, crude oil is going sideways in a very defined rectangular trading pattern. Until or unless this changes, we can expect to see selling at 50.92 and buying at 43.71. The weekly chart confirms these findings. The monthly chart shows us that a rally in crude could drive the price not only to the 61 area but also to 72.85…wow! The daily crude oil 1% by 3-box point and figure chart has an upside target of 61.52, that siad, there is an ominus downtrend line on the chart. The 60 minute 0.5% by 3-box point and figure chart seems to have a sideways direction and has an upside target of 51.17 and an older downside target of 38.48. The Market Profile chart was positive and shows us that volume did appear at the higher levels on the 30 minute chart. Until or unless a direction becomes clear, we suggest the sidelines for a good place to wait and see. Remember that the US DX and crude are tied together and as the US Dollar drops crude rallies. That said, we continue to look at crude for accumulation.

The daily candlestick chart of gold continues to look positive, for the moment. All the indicators that we follow herein are issuing a sell-signal. The weekly chart is more positive. Gold remains in a steep uptrend although the past two trading sessions have seen the market retreat. The 60 minute 0.1% point and figure chart has a very prominent downtrend line and a downside target of 1141.94. The daily 0.8% by 3-box point and figure chart has an upside target of 1270.86. If yuou use the 1% by 3-box chart, the number is high on the upside, 1371.88. The Market Profile chart shows a rejection of the highs in the 30 minute chart. We remain concerned about the gold platinum spread which indicates to us that the economy is not really expanding that much. The one thing positive about the metals is that they are appreciating in value rather and falling.

The US Dollar Index retreated in the Friday session leaving a reversal candlestick on the daily chart. The market did remove the Thursday low, then rejected it and rallied right to the Thursday high and closed the session at 94.7384. Both the stochastic indicator and the RSI are issuing a buy-signal. Our own indicator will likely issue a buy signal in the next session. Although the weekly chart is negative it shows us that the US DX seems to be stuck in a trading range. All the indicators on the weekly chart, are negative. The daily 0.5% by 3-box point and figure chart has both an upside target of 101.38 and a downside target of 82.18. Right now, it appears that we are stuck in a range. For a closer view, we look at the 60 minute 0.25% by 3-box point and figure chart which clearly shows us a downside target of 92.9292. The Market Profile chart also shows us a product going sideways. Remain on the sidelines until a direction is clear.

Risk
Trading futures, options on futures and retail off-exchange foreigh currency transactions involves substantial risk of loss and is not suitable for all investors.
Past performance is not necessarily indicative of future results.
Copywrite 2015 The Option Royals