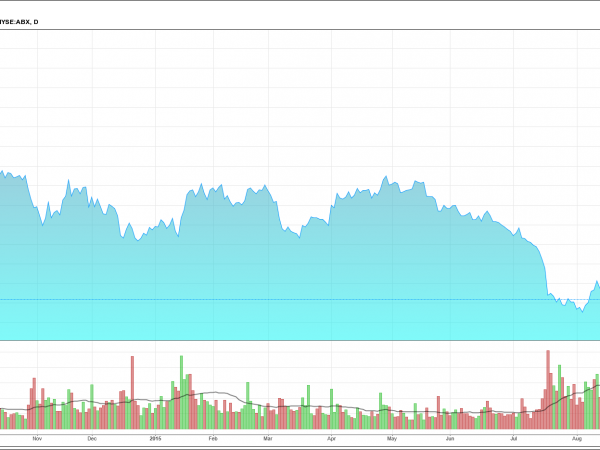 From a purely mental perspective it’s a snap. We know when the low will occur and the gold market will turn from a bear to a bull. It will happen when most market participants expect a higher future price than the then spot price plus the cost to carry. Ludwig von Mises, in Human Action, and Murray Rothbard, in Man, Economy and State, explained it. Whenever the current price and expected future price differ, entrepreneurs will seek to profit by buying now when they expect the price to increase, and selling now when they expect the price to decrease. They will do this until prices, including the cost to carry, become equal and thus no further opportunity to profit exists.

This may seem like a severe handicap. It is not. Since 97% of everything written about economics uses computed mathematical data, we now know what percentage of opinion will be wrong: 97%. That means we only need to concern ourselves with the remaining 3%. Of that remaining group, what percentage focuses on the only relevant issue: market participants’ subjective judgement concerning the future price of gold? What percentage can even properly define who to include as a member of the market participants group?

All that we’ve discussed so far has to do with your mental knowing, your mental understanding. This is vital for market timing, but it’s only the first step. Intellectually understanding what drives the market and what in particular to observe and analyse before taking action is crucial. Without this understanding, you may never even attempt to act. But you also need emotional knowing, which is the confidence inherent in mental knowing coupled with sufficient desire to act. It is the fuel needed for human action, for the potential to successfully trade to exist. Then there’s the level of knowing that comes from taking successful physical action. This level reinforces mental and emotional knowing. To assist all three levels of understanding I use four criteria for calling a low in the gold market.

Sentiment indicators are good contra-indicators. If people tell you they think gold shares are going lower, they have already sold. They say this in order to justify what they have already done. So, if 90% say gold is a bad investment, only 10% are still able to sell. Once the bid price falls below the retention price of this last 10%, there are zero sellers and this is the low marking the end of the bear and the start of a new bull market. The first leg up can be entirely short covering, but in order to have a sustained up move there must be new buyers and that requires a new bear market elsewhere. It looks like we will get that when the DJIA makes a new low below the earlier panic low in August.

Dow Theory Letters, published since 1958 by the pre-eminent author of financial newsletters, Richard Russell, sees a new bear market for USA shares. This is a leading indicator for gold shares. Now we’re just waiting for the market to show an ending pattern and specialist short covering. A sharp drop to or below 1,000 on the bullion would be ideal.

I hope this short introduction will motivate you to study further the two books referenced and Sun Tzu Meets Jesse Livermore.

Market Commentary (above) by Arthur Fixed

Buy The Book on Amazon

Commentary from Arthur Fixed the author of the Art of Speculation during Civil War – Sun Tzu Meets Jesse Livermore is a private manuscript copyrighted 2012 by Art Fixed.