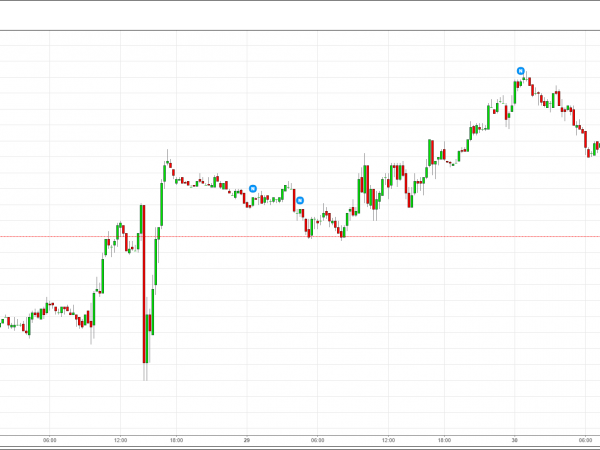 By Jeanette Schwarz Young on November 1, 2015 in traders

Here we go off into Christmas help hiring season in anticipation of consumers rushing into brick and mortar store to purchase their holiday gifts….News Flash!!!! Many consumers will likely make purchases on-line, trying to find the best bargains without dealing with sales people, crowds or parking problems. That said, we expect to see lighter traffic in stores than anticipated. So what is an investor to do? Clearly buy the stocks of the best and most competitive on-line companies. While you are doing that, don’t forget to purchase shares in the companies that deliver these items. Remember the average US consumer is price sensitive. The high end purchaser is not that price sensitive and will buy the brands that they want without much regard for the price. So, high end retailers and luxury retailers will do as well as they usually do during this years Christmas season. Fortunately for the high end shops, there are plenty of cash rich shoppers out there to help make this holiday season a merry one.

The market, for the most part, continued its rally to the upside and although it retreated in the Friday session has done no damage to the trend, which for the moment, is to the upside. The danger lies in the candlestick left on the S&P 500 futures and NASDAQ 100 futures Friday chart which are decidedly negative. More on that later in this letter.

This week we have the inflow of retirement money, which we see every month, and the “Job’s” report on Friday. Naturally there will be more speculation on the future activity of the FOMC. We might get a hint of that during Fed Chairman Yellen’s testimony to the Congress and the Senate. Naturally the prepared remarks will be identical for both days but the questions will be different as will the answers. This should be an interesting week.

The good news for last week was that the US Dollar Index did retreat ever so slightly. This is good news for our multinationals that depend on exports to help their bottom line. It is also helpful for commodities insomuch as we will see them advance on that softness. Softness in the US Dollar makes the price of crude oil increase and that helps not only exporting multinationals but also oil stocks, which in turn helps the S&P, somewhat.

The S&P 500 closed down in the Friday session and left a very ominous looking candlestick on the chart. This candlestick shows that the market made a high for the week at around 12:40 and removed the low printed in the Thursday session at about 3:00, closing above that low of 2069.75 in the final hour at 2074. This is a total failure candlestick which illustrates to us that when the bulls were in charge, they did not have the strength to close this index in positive territory. The bears also failed at closing on the lows but managed to take out the Thursday low, which should have supported the market. This is a failure and a warning to be careful. The high volume area of the day was 2080.50. The most frequently traded price was 2082.00-2081.50. All the indicators that we follow are issuing a sell-signal. As you know that is an alert signal not an actual sell-signal. Right now we are at the upper end of the up trending channel line. The channel lines are at 2031 and 2095. The daily 1% by 3-box point and figure chart has a downside target of 1886.26, but has a number of uptrend lines on the chart. The chart does not look bad at all. The 60 minute 0.2% by 30box point and figure chart has an upside target of 2109.8 and looks very positive. Bottom line here is say alert and cautious. Looks as though this index is going to back and fill a bit here.

The NASDAQ 100 shows a similar chart pattern to that seen in the S&P 500. The target for the completion of the “W” formation has been achieved in this index; however, it has not been achieved in the S&P 500. The bearish engulfing candlestick illustrating a failure at the high and a close below the Thursday close is a warning that things are not well. We are on full alert for backing and filling or a retreat. Yes, we continue in the upward trend but all the indicators that we follow are alerting us and issuing a sell-signal. The 1% by 3-box point and figure chart looks okay although there seems to be resistance at the top. The 0.2% by 3-box point and figure chart has what looks like a bear flag and an upside target of 4805.54.

The Russell 2000 retreated in the Friday session after having probed outside of its trading range in both the Wednesday and Thursday sessions only closing above the trading band in the Wednesday session. All the indicators that we follow herein are issuing a sell-signal. It is notable that the Bollinger Bands are contracting. The range can be expanded on the upside to 1176.30 which was the high print in the Wednesday session. The most frequently traded price in the Friday session was 1159. The highest volume was seen at the close. The Market Profile charts are trending to the downside. All told, this is the weakest of the indices that we follow. Although others have indicated that this index will do better then the larger indices because they do not export that much. We do not agree with this theory because the companies in this index will have to fight the competition offered by the aggressive exporters who will fight with them for market share.

Crude oil advanced in the Friday session due to the weakness in the US Dollar. All the indicators that we follow herein continue to point higher with room to the upside. The high volume area on the chart was at 45.90 which was also the most frequently traded price. The daily chart of crude oil looks as though this product has bounced back into its trading range. The 1% by 3-box point and figure chart has a downside target of 37.04 and does look negative. The 60 minute 0.25 by 3-box point and figure chart has an upside target of 47.95 and looks positive. At this point we continue to advise keeping the wallet on your hip until a better signal is given.. At this time, the signals are mixed.

Clearly the currency wars are not affecting gold which at times of turmoil becomes attractive. Gold retreated for the past two trading days and is showing weakness. Although gold is oversold, there are no signs of a rally on the chart. The daily 1% by 3-box point and figure chart has an upside target of 1371.88. The 60 minute 0.25% by 3-box point and figure chart has a downside target of 1128.58 and looks awful. The most frequently traded price was 1141. This product looks awful and we would not be surprised to see the bottom of its range tested. That said as the currency bashing wars heats up, this product will again glitter.

The US Dollar Index retreated in both the Thursday and Friday sessions. All the indicators that we follow herein are issuing a sell-signal. The high volume for the session was seen at the closing level. There was clearly more volume on the downside than on the upside. The weekly candlestick chart of the US Dollar Index has a doji candlestick. As you might remember, a doji is a candlestick indicating indecision and a circumstance where neither bull nor bear earns prominence in the session. It frequently precedes a change in the direction of the trade. In this instance, on the weekly chart, the change would be from up to down. The 60 minute 0.25% by 3-box point and figure chart looks positive although there are both upside and downside targets on the chart. Upside target is 98.42 and downside target is 91.7762. It is more likely that the upside target will survive this test. The daily 0.5% by 3-box point and figure chart has an upside target of 100.834. The chart looks as though it is consolidating. This week the US Dollar Index will be captive of the Fed Chairperson’s testimony on the “Hill.”