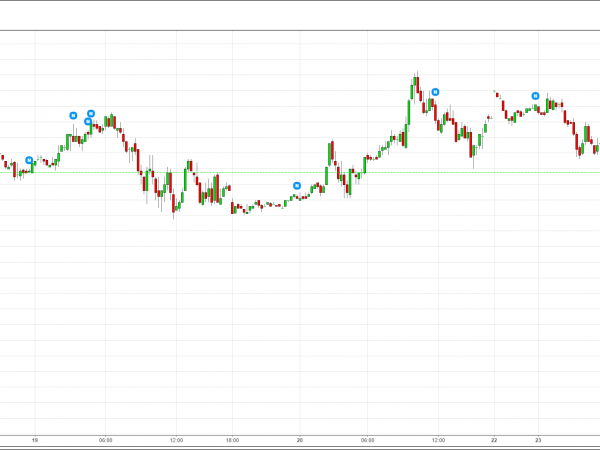 By Jeanette Schwarz Young on November 23, 2015 in exchanges, traders

We are fortunate to live in a free country where we are allowed to express our feelings. No matter what people say there is a freedom here for both men and women which all enjoy whether they are visitors to our shores or residents. To learn how precious this freedom is, travel to another country where these freedoms are not permitted and you will understand all too quickly how lucky we are. Along with these freedoms comes a responsibility for those who reap their benefits to protect them.

The current increase in wages is not going to solve the economic problems of the average wage earner. Raising interest rates certainly won’t help those living on the edge. We agree that the FOMC cannot remain at zero indefinitely but something is really wrong with their thesis. We have been at zero interest rates for almost a decade and have not seen the economy expand. That is because the benefits of zero interest rates flows to the wealthiest of the population and not the average worker. Until the FOMC begins to understand this, we are doomed to this shallow economic expansion.

Our tax code is antiquated and oppressive….it takes scholars to understand and interpret the rules. The system is so screwed up that multi-millionaires like Warren Buffett with enormous passive income get both Medicare and social security. Remember the time when Buffett stated that he pays less in taxes than does his secretary? Yes they paid into the system but do they really need those few dollars to survive? We would rather see the money returned to the coffers and keep the system going for a while longer. As to the tax code, a Value Added Tax would be a fair tax to the average tax payer. All those people demanding cash for services rendered would finally pay their fair share. There should be a levy for earnings from both passive and ordinary incomes that are greater than $250.000 and the rest of us should not have to pay any tax or a very moderate flat tax.. We should sell the real-estate that the IRS owns and return the money to the people. Government employees and the congress should get the same health care that we are forced to deal with. Congressional pensions should be cut to ribbons. Do they really need that money? They are in the service of the people not to take advantage of the people.

Back to the markets. We are in a seasonally strong period for our market. The end of the year is approaching and many portfolio managers are playing catch-up with the markets trying to out-perform them. As to the terrorist attacks, Mr. Market basically has always tended to bounce back quickly from these incidents. It is almost as though the market is telling the terrorist that the terrorists have no control over the financial markets. The market can be brought to its knees with events like Bear and Lehman but that is different.

The S&P 500 rallied 9.5 handles (points) in the Friday session leaving a bullish looking candlestick on the chart. This rally has lasted five days and as such is getting over-extended. We would not be surprised to see some slight retreat or backing and filling before the next rally begins. This is a shortened trading week as we American’s celebrate Thanksgiving on Thursday and shopping on Friday, known as “Black Friday.” It is such an important shopping day for the retailers that the markets close early to allow shoppers to abandon their posts in favor of the Mall. All the indicators that we follow continue to point higher. Most of the day’s volume was seen at 2089 which was also a frequently traded price along with 2090 and 2084 to 2086. The 60 minute0.2% by 3-box point and figure chart has an upside target of 2169.65. The daily 1% by 3-box point and figure chart has an upside target of 2542.39. Our chart shows us that it is possible to see this index at 2154 or by December 15. Naturally, if the market fails at 2110.25, all best to the upside are off. That said, we have a more ominous view of the market for 2016’s first quarter which, we believe will be difficult.

The NASDAQ 100 rallied 30 handles (points) in the Friday session. All the indicators that we follow continue to point higher with room to the upside. Yes, we have been up for the past five trading days and it is likely that we will have a small retreat within a day or so, but the seasonals remain favorable. The Bollinger Bands look as though they are about ready to begin expanding again which would bring additional volatility into the market. The most frequently traded price in the Friday session was 4683.9-4684 also which was the high volume area for the day. The 60 minute 0.2% by 3-box chart has an upside target of 4795.95 and looks very positive. The daily 1% by 3-box point and figure chart has a new downside target of 4058.33 and a slightly older upside target of 6350.61. We would be inclined to believe the downside number for the time being remembering that the seasonality is positive. The bottom line is; we are slightly overbought and have been rallying for a number of days, it is quite likely that we will pull back a tad from these levels. Thursday the markets are closed and Friday is a half day so most of the action will be seen by the close of Wednesday’s session.

The Russell 2000 rallied 9.40 handles (points) in the Friday session trying to catch up to the other indices. This index retreated in the Thursday session but put in a very bullish looking candlestick in the Friday session. Both the RSI and stochastic indicators are pointing higher with plenty of room to the upside. Clearly the majority of the volume was seen near the close. The high volume area was 1173, which was the last print of the day. The most frequently traded number was 1172.40. The 17 by 3-box reversal point and figure chart remains bullish for the moment. These small capitulation companies generally do not have the global exposure that is seen in the large multi-nationals therefore the strong US Dollar has less effect on their earnings.

Crude Oil closed close to the lows in the Friday session. The low of 38.99 was a horizontal support line. There is a lower support line at 37.75. The chart looks awful. The channel downtrend levels are 38.90 and 41.29. The indicators are all oversold and we are seeing a possible signal to go long in our own indicators. There are some small divergences seen here in the other indicators also. Although we are making significantly lower levels in price, the indicators are not making lower lows. This tells us to watch this chart very carefully for a possible change of direction. The 60 minute 0.7 by 3-box point and figure chart has a downside target of 37.61. The chart looks awful. The daily 0.9% by 3-box chart has a downside target of 29.84 again an awful looking chart unless you are short the market. The most frequently traded price in the Friday session was 41.90. At least the Market Profile chart looks fairly stable for the moment. That comment is the most positive comment we can make about crude oil.

Gold retreated slightly in the Friday session. Wondering why gold rallied with the US Dollar? Instability in the world leads to a renewed interest in the safety of gold. Have no fear, it is short lived unless the US Dollar retreats or something else blows up. The chart is the worst looking chart we have seen in a long time. We do see divergences in the indicators telling us to be wary and careful. The downward trending channel lines are 1087.34 and 1056.97. The most frequently traded price in the Friday session was 1082. The RSI is pointing lower at almost oversold levels, the stochastic is curling over but not issuing a sell-signal. Our own indicator has issued a buy-signal. Trust the trend lines not so much the indicators. Remember the indicators are there to tell you to become alert and pay more attention which, they are clearly doing at this time. You should not rely on indicators for buys or sells.

The US Dollar index rallied in the Friday session. We are near high of 100.38 seen in March of this year. The last time the US Dollar was on an aggressive upside rally of this magnitude was as it approached the highs of 121.29 in July of 2001. The next leg higher should take us to 100.38 then 102. None of this is good for our ability to export US made stuff insomuch as it becomes very expensive for others to buy. The footnote is, if the product is unique enough it will be bought if it represents value. As to commodities they will continue to slide under the thumb of the strong US Dollar. The high volume area of the session was 99.60. The most frequently traded price was 99.18 much of which was traded in the overnight session. The daily 0.6% by 3-box point and figure chart has an upside target of 100.7032. This chart looks positive. The 60 minute 0.2% by 3-box point and figure chart also looks positive with an upside target of 105.3559. The Market Profile chart looks rather flat. We would not be surprised to see some backing and filling in the index.