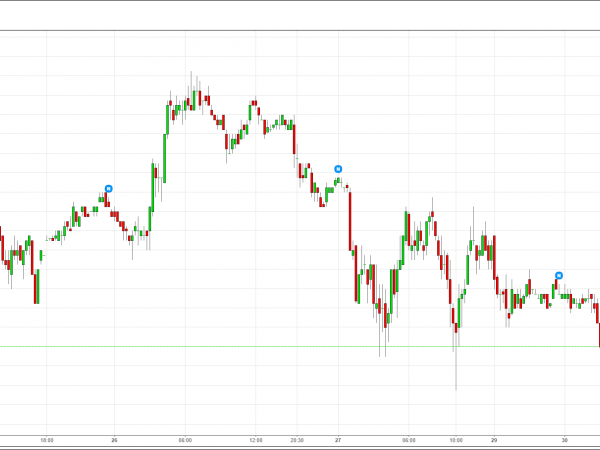 By Jeanette Schwarz Young on November 30, 2015 in traders

It is official, Christmas will arrive on December 25, so gear up for the shopping bonanza. This year Christmas is a Friday giving the retailers a few extra days for returns and additional shopping. The recent violence in the world has scared many visitors and shoppers away from crowded areas. We were in NYC yesterday and could not believe how light the traffic was and how uncrowded the shops were. Sadly, although the windows and decorations will be spectacular, many individuals will opt for shopping online where the crowds are non-existent, the pressure is absent, shipping is generally free and comps can be run instantaneously.

We (Option Queen) believe that the season will yield its anticipated sales whether in stores or in cyber-space.

High end retailers like Tiffany, Bergdorf, Nordstrom’s, Saks etc. should do fine this season while Wal-Mart might still have a problem. The non-supervisory employee’s continue to struggle with their debt burdens and costs of just plane living while the higher paid end of the spectrum has been doing just fine.

There are five weeks left in the year for investors to take losses for the tax year 2015. Most of these losses have already been taken but there are always a few stragglers along the way. Most of the losses were taken earlier this quarter when the market was retreating. That said, we should see a nice bounce in these issues as they are returned to the portfolios once the 30-day wash sale time has passed.

The S&P 500 seems to be losing steam. The candlestick seen in the shortened Friday session show a failure to push the market down as well as a failure for the market to push higher. This is seen by the long tailed candlesticks from the session with a close near where the session began. All the indicators that we follow herein continue to look positive although the stochastic indicator has begun to curl over. Both the RSI and our own indicator are pointing higher with plenty of room to the upside. One cautionary note is that if this market cannot take out the high seen on November 4 of 2110.25, it will be negative for this market and would open the door to 1998.50. Don’t forget, this index will roll in about two weeks to the March expiry. There is always a certain amount of jogging and adjusting as we approach the roll. The Market Profile chart shows us how flat the trading in this index has been especially when you look at the daily and the weekly charts. The daily 1% by 3-box point and figure chart has an upside target of 2542.39. The 60 minute 0.2% by 3-box point and figure chart has an upside target of 2169.65. We believe that this market isn’t going to go anywhere in the last weeks of the year. Santa usually makes a stop here boosting the values a bit but we believe most of the gifts have already been distrusted.

The NASDAQ 100’s daily chart looks much like that of the S&P 500. Again we need to see the upside, printed on November 4 of 4729.75, removed for us to get bullish. On the other side, as long as this market does not take out 4455.00, we will likely remain range bound. Should that price fail to hold the market….watch out below! The Bollinger Bands are flat at somewhat contracted levels. All of the indicators that we follow herein continue to point higher. The 60 minute 0.2% by 3-box point and figure chart has an upside target of 4795.95. The daily 1% by 3-box point and figure chart has an astounding upside target of 6350.51 and a more recent downside target of 4058.33.

The Russell 2000 rallied in the shortened Friday session but left a small red bodied doji candlestick on the chart. The market opened at 1203, the high traded down to 1193.50 and closed at 1202.70 a 30 cent loss from the opening price. You might ask, “how was a positive 5.80 printed”…well that is the difference from the previous day’s close. The indicators on this index are overbought. Remember the indicators on both the S&P 500 and NASDAQ are not overbought. This index is pretty far away from its high while the S&P 500 and NASDAQ 100 are not far from the highs. So, we might guess that this index is playing catch up to the other indices or perhaps these companies in the Russell 2000 will not be as negatively affected as the larger stocks by the rise in the US Dollar. The most frequently traded price and the highest volume was seen at 1200.80.

Friday’s shortened session yielded a bearish engulfing candlestick in crude oil. Both the stochastic and the RSI have curled over. The RSI is pointing lower. Our own indicator continues to point higher. To understate the obvious, this chart does not look too healthy yet until the market removes the recent low, there is a chance that it could go either way. We continue to believe that oil is stuck and confused. At these levels people are loath to sell the product and yet remain fearful of purchasing it. Yes there is oversupply at the moment. We also know that this can change. The 60 minute 0.25% by 3-box point and figure chart looks lousy yet isn’t in free fall. The daily 1% by 3-box point and figure chart has an upside target of 45.65. This chart looks better than the 60 minute chart but still looks like the product remains under pressure. This commodity will be subject to last minute tax selling until the end of 2015.

Gold, another candidate for end of year tax selling. Really an awful looking chart. The only thing positive we can say is that the indicators are not making lower lows but they could tomorrow. The thought is that with the new low print, the indicators should have made a low print with the price of the commodity. The Market Profile chart also looks difficult. The most frequently traded price was 1070.50. The daily 0.9 point and figure chart is a very negative chart. The 60 minute 0.25% by 3-box point and figure chart has a downside target of 1031.56. If gold could tarnish it would have done so. Here is the bottom line, if gold cannot hold the low of 1045, we will see it trade at 1033 and 989. Not a pleasant thought for those long the metal.

The US Dollar index continued it upside probe in the Friday session. All the indicators that we follow herein continue to point high although they are all overbought. The anticipation of the FOMC rate increase is pushing this index higher. We would expect to see the US Dollar retreat once the rate increase is a reality. It is the old Wall Street adage, buy the rumor sell the fact. On December 7th the uptrend and downtrend lines meet and cross at 100.566. The energy released as these two line cross should cause an extreme movement in the US Dollar. Unfortunately, we cannot tell you which way the trade will go. We would guess that the path of least resistance, at this point, is to the upside. The highest volume was at 100.125 and the most frequently traded price was 100.110. Bottom line here is that the market will continue higher until the FOMC makes it move. At that point, we would expect to see the US Dollar retreat.