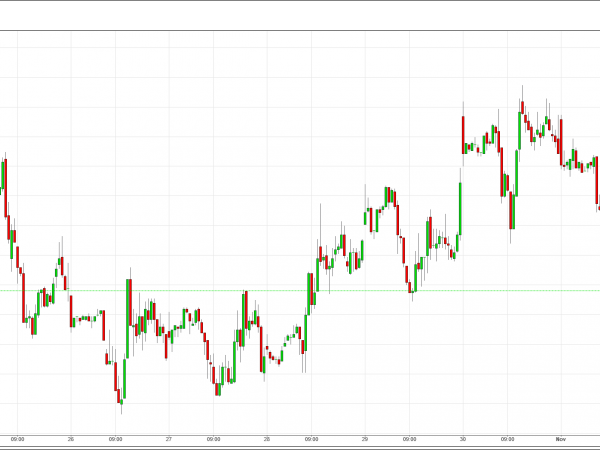 By Rodrigo Costa on November 3, 2015 in agriculture

RAINS HELP THE ARABICA BUT NOT THE ROBUSTA BEANS

World stocks in October had the best monthly performance since 2011 led by 12.32% gains of the DAX, +9.75 of the Nikkei and the three major US indices that rose between 8% and 9%. Easing policy from the People’s Bank of China and signals from the ECB that further stimulus shall come if needed were the big helpers for riskier assets. Last week’s FOMC meeting contrasted a bit with the expansionary view of the other central banks as the committee signaled for a liftoff in December, in what seems to be an attempt to gain credibility of its words/views of the economic situation. The hawkish statement needs confirmation of more data that will be released between now and December 16th, starting with this Friday non-farm payroll number. The immediate reaction on the FED Funds bets was a bounce of the greenback with the DXY index trading at the highest level since the first half of August, but then the market reassessed its beliefs wondering if ZIRP (zero interest rates policy) will really finish this year, and if so probably it shall be followed by a very moderate tone of further adjustments. Commodity indices had an uneventful month if one compares the closing between the last day of September and the last day of October. Most of the raw materials that enjoyed a rally at the first two weeks of October had to do more about short-covering than new buying being done, which once finished drove prices back down. Apparently the nature of the rally of equities is not that different either, therefore stronger fundamentals are needed to support further appreciation (or more monetary easing). Arabica coffee has lost ground in several sessions, driven mostly by speculative selling that according to the last COT report met commercial buying. The Robusta contract had a good bounce on the last three days of the last week, somehow giving a hand to NY to move away from the lows. Today’s action is not very encouraging from a technical standpoint and bears are looking for a new dip that would take NY to new lows in 2015.

On my trip to Brazil last week all I heard was that rains did their job to save the first flowering and moister the arabica fields to ideal levels. Had the rainfall being delayed two more weeks then the situation would be different, but for now very few think it had made any damage. The same does not apply to the conilon areas, where it has just started to have precipitations that are late to make up for the losses. Considering the called “slash and burn” of Indonesia, it would seem that the better performance of the London market is a response to a smaller availability of robusta beans in the coming cycle. Lower exports from Vietnam could also be another positive signal read by the marketplace, despite a carry-over that is perceived to be quite large. So if at one point it seemed like the robusta contract was heavier and less likely to rally, the change of the perception on this market is coming from changes of the potential crops that might be shaved due to drought. Physical activity in general has slowed with higher replacement costs for most of the origins. In Brazil the exporters are actually relieved that farmers have pulled off their price ideas as many (exporters) are in full swing of receiving the beans that were bought from producers until two weeks ago, when NY was rallying. It is quite interesting to see the different perception of the market when one talks to the origins and then to importing countries. While the first, especially in Brazil, are more cautious about the upside room of the board, the later probably see an imbalanced risk-reward not to participate on the flat-price buying – as we saw on the COT. Certainly the devaluation of the currencies like we saw in Brazil, Colombia and Indonesia impacts a bit more the different perception. But buyers could also be arguing that with exports being kept as high as seen for Brazilian beans maybe the tightness that could take place in the first half of 2016 might not be that bad. At the end of the day there will be coffee available to be bought, the question is if the quality sought will be around. In that matter Fine Cups and large beans will be the problem for those who are short, but how much it will provide support for the board it is to be seen. In my opinion overall the market has previously priced a bigger production and surpluses for the 15/16 crop year, and partially discounted a better output for 16/17 that is/will be reassessed given the erratic weather so far. Not to mention that there are fears of a warmer summer in the southern hemisphere, which if materializes will need rains to be regularly falling to avoid at least lower yields. At the same time it is important to see exports, especially from Brazil, diminish and the usage of inventories to increase at destination ports. Relatively poorer yields also hurts profitability, and while the exchange rate has helped to partially offset the fall of the board for some producers, the costs of inputs have grew and in Vietnam the Dong has not “enjoyed” a devaluation to make up for Vietnamese farmers selling London at lower prices. That being said someone has to step in and continue buying what potentially the funds will be selling, which is now the most bearish signal that could eventually make NY sink to new lows – after all December15 contract is only US$ 3 cents away from it.