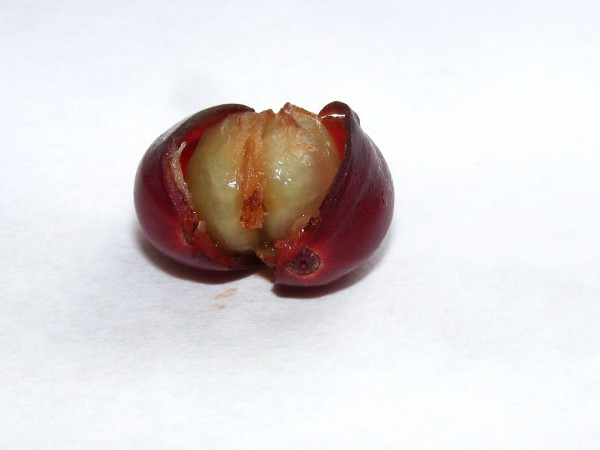 By Rodrigo Costa on November 24, 2015 in agriculture

Equities were able to recover in the past five sessions partially driven by the FOMC’s minutes suggesting that interest rate increase will be gradual and on words from Mario Draghi that said the ECB will do what it must to raise inflation as quick as possible. The dollar index briefly moved down in-between these news, to then resume its uptrend and touch 100.00, shy from the high of 100.39 from last March. The strength of the greenback reflected negatively on commodities indices that sunk to new lows led by natural gas, nickel, copper and orange juice – from the ones that compound the CRB. Lean Hogs, Gasoline and Coffee were the gainers of the week, but the java market made the move in practically one day, on Thursday. The Baltic Dry Index on Friday made a new historical low, a function of overcapacity on the freight industry and slower growth from key commodity consumers (read China). Several analysts are forecasting commodities to continue the slide down as the gigantic Chinese economy will likely grow around 5% and given still oversupplied market on many raw materials. At the same time some see inflation picking up soon, which could attract some money to this asset class. Robusta coffee had trouble to follow arabica prices, which rallied on the First Notice Day of the December 15 contract after a slow start of the delivery period that saw Dec/Mar trade from -4.10cts to -2.50 cts.

The rating agency Fitch advised that it can change Brazil rates sooner than expected, but as the government was able to pass some measures in the congress last week the Real kept its (short-term?) appreciation. A new downgrade from the two agencies that still have the country’s bonds at investment grade will likely mark the bottom of the currency, which does not necessarily mean that the economic situation is going to get better yet. Dilma’s impeachment for now is dormant, probably remaining so given the proximity of the year-end holidays, then summer and finally carnival. Maybe after the hungover, mid-February, with higher unemployment rate and further deterioration of the economy Dilma’s destiny will change. Unfortunately the opposition is more worried about finding a leader among them than really looking for the broad interest of the nation. If the election in Argentina can be used as a proxy, there is hope as the Kirchner’s will be ousted after 12 years in power by a conservative candidate. Anyhow, for coffee the reaction of the NY rally meant a better flow of physical deals in the origins. Colombian Peso devaluation with the country being in full harvest speed allowed for better prices in the local currency, while in Brazil it was reported a good volume of producers sales, but at replacement levels that far away from FOB price interest and, even worse, likely also far from the short-basis that naturally exporters always carry on their books. Brazilian shipments pace is slightly behind last month signaling that November could be smaller. Significant lower numbers thought will likely only happen from January on. With last than a month before Christmas one can expect a less active participation of producers on selling coffee as many also will diminish the sales to avoid higher taxes on the current calendar year. USDA released three semi-annual reports last week, Brazil, Colombia and Indonesia. On the first the entity revised up the 13/14 and 14/15 crop totaling an increase of 4.3 mln bags to justify the exports and local consumption. The 15/16 carry is expected to be 5,198 mln bags, a bare “minimum” working stock. Current crop is estimated at 49.4 mln bags, being 36.1 mln of arabica and 13.3 mln bags of conillon. For Colombia production is seen to be at 13.4 mln bags for the harvest that is taking place now, or 100k bags more than a year ago. Higher cost of labor was mentioned to now contribute to 60% of the overall cost of a bag in the largest washed producing origin. Indonesia is expected to produce 10.61 mln bags, or 2.2 mln more than in 14/15. There is no reference for the 16/17 crop of any country. A traditional commodity bank, on its quarterly report, sees the Global 15/16 S&D in deficit of 2.7 mln bags, after a 14/15 crop year of 6.1 mln deficit. A preliminary 16/17 analysis of the same bank mentions Brazil output at 58 mln bags and World surplus of 3.7 mln bags. Rumors circulated that a trade-house released its 3Q report also citing a current deficit of 2.2 mln bags, again not saying anything yet for 16/17. On the weather front rains have normalized, in fact being plentiful, in most of the coffee regions, but many are careful (as they should) about the situation in part of Minas Gerais and Espirito Santo, in Brazil, with some impact also expected in Indonesia. The strongest El Nino since 1998 should make traders cautious, especially in the first third of 2016 when (and if) high temperatures and less than desirable rains in Brazil can impact the yield of the crop. Funds on the CFTC report came out with a gross-short of 62,853 lots, which only a small portion was covered on Thursday and Friday. Commercial short-covering absorbed the new selling from non-commercials, taking the Open Interest to the smallest level since last September. If the market does not lose momentum we could see larger stops being triggered, likely above 127.90, then accelerating a lot more the move.