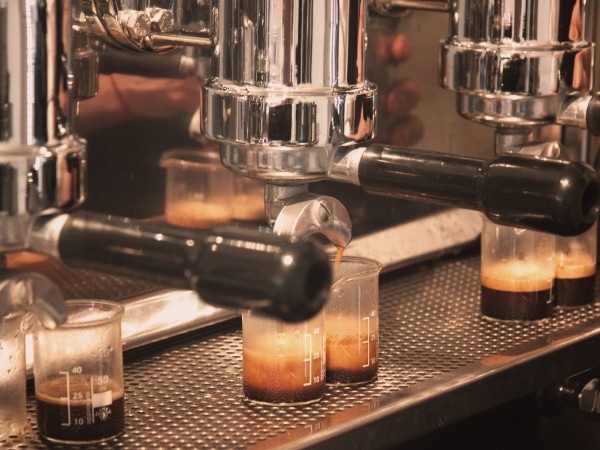 By Rodrigo Costa on December 8, 2015 in agriculture

The marketplace has priced a FED lift off at the end of the FOMC meeting on December 16th, with the bets being bolder after the strong job creation number in November and the higher revision for the October data. In fact some analysts believe that the dollar has already accounted for two more increases next year, which would take the interest rates from current 0.13% to 0.84%. Others say that the pace for further rate hikes can also gain speed if the monthly gains of posts hangs around 200K. If all of this in on the price I guess the risks are fully on a non-delivery from the committee, no? A classic example of over-expectation, or under-delivery, was felt last Thursday when the ECB cut the borrowing rates less than forecasted and did not increase the amount of bond buying after Mario Draghi have implied several times it was ready to do “what is needed”. As I mentioned on this space last week the markets had a large short position of the Euro that the surprise effect could temporarily provoke a rebound, not that anyone thought on a 3% move in one day for the common currency – which is far more likely to happen with emerging markets currencies. Now we can also say that against a short Euro “everyone” was long European Equities and Bonds, both that had a steep sell off on that day. Commodities benefitted on the reversal of the Dollar Index, which does not mean that it will not continue to strength, but after touching a new high since April 11th, 2003 it tested the 50-day moving average at 97.37. OPEP gave bulls(??) a cold shower last Friday lifting the production ceiling for its members just when inventories are virtually at record highs. WTI then sank closing today at US$ 37.65 a barrel (six year-low) taking the CRB to new lows of 13 years(!). In the midst of the macro NY coffee had an impressive performance leading the gainers of the CRB with an upside move of 4.92% in the past five days, being able to hold in spite of funds not had liquidated as many of their shorts as they could.

Origins selling on the “C” have been less than enough to cap the move, at least for now, helped somehow by a stronger Brazilian Real and the proximity of the end of the year that makes producers of that country less interested to sell. The R$ 500.00+ per bag (“new-normal”?) is old news as everyone has already sold coffee at the level, while the appetite of exporters and local roasters gives farmer’s the feeling that there is no rush to get rid of their coffee when there are at least 5 months until the next crop starts. On the other hand the Colombian Peso breaking new all-time low helps to increase the flow of coffee just when availability jumps, but replacement levels are not as sweet as it could have been (or wished). The strong basis for the arabica and robusta markets were part of conversation groups that got together in Vietnam and NY recently with opinions very divided on the reaction of the flat price due to the stiff basis. VICOFA on the conference said that production will go down 10% from 20mln bags to 18mln bags, but the question is how much more will the producers store coffee and limit gains of the board. Back to Brazil the Trade Ministry coffee exports in November totaled 3,116,107 bags, once more a large figure that will make a potential “tightness” window smaller in 2016. At the same time rains in the north of Espirito Santo are far from ideal with some climate institutes seeing a warmer temperature in the next 10 days with scattered precipitations. On the political front the head of the lower house accepted the request for the impeachment of Dilma Roussef, a process that can take several months. The impeachment needs to be backed by 2/3 of the congress, in theory unlikely to happen if one considers the base of the government, but the response of the investors that made the BRL rally makes sense given that even if Dilma is not impeached at least her agenda (assuming she has one) can then move faster afterwards, as she will spend less energy fighting to stay in power instead of trying to bring politicians together to vote measures that are needed for the economy. As for the coffee market the close today near the low of the day leaves longs jittery after several failures of the market in moving away from US$ 125.00 cents. I do think though that all bearish news is out there and any surprise for quite some time will benefit the upside. The index fund buying that is expected at the beginning of 2016 is just another small component that could help prices, even though last year during the period that they were selling the market went up. Back there the non-commercial had increased their gross-short during December and the funds gross-long went up between December 30th and January 13th. As of the last COT the short was at 52K lots and the long 26K lots, with the first likely to be smaller by now, and the later hanging at the lowest level since August 2013. On top of it the bear feeling seems to be dominating the conversations up to the point that the newswires never seek for a reason to write about lower moves of the board, but all journalists call when the market go up asking “why is the market up with such weak fundamentals?“. We cannot trace a parallel with the Euro move last week, but coffee is a lot more volatile and it “astonishes” the traders more often than not.