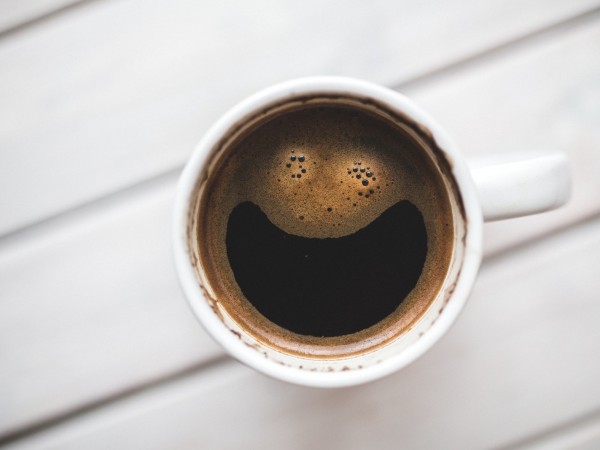 By Rodrigo Costa on December 15, 2015 in agriculture, exchanges

The focus of the financial markets will be on the communication of the FOMC this coming Wednesday after a week of negative performance of risky assets that seemed to be related to investors doing the final positioning for the first interest rate hike since 2006. Equities on both sides of the Atlantic tumbled in the past five days with losses of more than 6% for most of the European indices and losses of 2% to 3% in the US. Oil dropping to the lowest level in more than 7 years took the blame for the overall selling mood, with rumors of funds’ liquidating their portfolio on commodities and on the high yield markets (reported by the Financial Times and Bloomberg). The continuous devaluation of Chinese Yuan, which many forecast that will be happening for quite some time, added more negativity to raw materials forcing several currencies of commodity producers down at the same time – including the Canadian Dollar that has traded at 10+ years lows. Today some traders changed a bit the stance with the idea that the recent rout of energy materials, equities and the bond market could eventually make the FED not to liftoff the day after tomorrow – it seems more like profit-taking on energy markets if you ask me. Coffee could not sustain after failing to stay above the 100day moving average and erased all the gains it had since December 1st in NY (and London as well for that matter). Commercial selling on the way up provided liquidity for funds to liquidate 11,936 lots of their gross-short until last Tuesday, but it would not be unreasonable to imagine that both categories have “exchanged” some traders between themselves ever since.

The reversal of the Brazilian Real, which was gaining ground against the greenback on hopes that the political crisis would start getting better after the impeachment procedure, triggered algorithm traders to sell coffee last Thursday. Potentially the market was not far from stopping out more of funds that are/were short, but at the same time the “C” did not find new buyers to take prices near the 130.00 cts. As Dilma Roussef efforts in the next two months will be to stay in power instead of battling for the budget adjustment among other things Moody’s had put the Brazilian rating under review for a cut to junk – expected to take place until the end of January, which might then set the bottom for the local currency (hopefully). If exporters and industry were paying high differentials to take coffee out of the hands of cooperatives and farmers now the basis got even stronger. Arabica availability shall get even scarcer in the next two weeks, also unlikely to improve substantially in the first half of 2016. Robustas though shall be more active at least until the beginning of the Vietnamese Tet Holidays. Exports from Brazil in November totaled 3.37 mln bags setting a new record for Jul-Nov period. December’s pace of shipments seems to remain strong, which would then make 2015 a record year of exports for the largest producing nation. Colombia exported 1.09 mln bags in November making the Jan-Nov number 16.1% higher than a year ago. Net imports in the US in October was 1.939 mln bags with cumulative 12-month imports 24.097mln, or -2.6% less than the 24.747 mln bags imported from Nov-13 to Oct-14. ICE “C” stocks broke down the 1.8mln bags line, being now at the same levels last seen in August 2012. A higher usage of certs shall accelerate in the next months when differentials are likely not to ease, especially for high quality beans. Bears do not think it will “transpire” into the flat-price, while bulls tirelessly bet on the opposite. Bloomberg and Reuters last week released a note on Neumann’s forecast of a 4.9mln bags world deficit for 15/16, after a 14/15 cycle of 5.5 mln bags shortage. Weather institutes are seeing higher temperatures in the so-called Brazilian coffee belt in the next 10 days with only scattered rains in the thirsty areas of the North of Espirito Santo. Drought and warm temperatures will once again be the wild card during the first quarter of 2016. Funds short, index funds to add new longs on their positions and less selling from origins might leave the upside vulnerable, even more if we assume that in front of an uncertainty outcome for the 16/17 crop in Brazil the market could attract more interest of buyers for the board. Last but not least if the inverted correlation of equities and commodities remain in place it could also make some investors reshuffle their investments benefiting commodities, but if the Chinese yuan loses ground quicker in a World that still has to work excess production of raw materials then I think it would be safer to stick more with the coffee fundamentals and adjust the positions accordingly to the news. Coffee traders naturally are more concerned to the events that impact implicit this market, also considering the changes of currencies but not necessarily giving that much importance to it. In a World that is dominated by mathematical models that are used by computer programs to buy or sell assets though, one cannot ignore the huge impact that the oscillation of the greenback has on commodities. Having this in mind Portfolio Managers that follow so many different markets could participate in any conversation with coffee traders explaining that what has taken coffee lower this year was the Dollar Index appreciation nothing else, which was also what had weighted on commodities (see chart on page 3 that shows the DXY, the SPGSCI and the KC2). Are they right?

A downtrend line drawn from the high of October 14th and December 7th was a strong resistance for March16 in NY to pierce. The failure to sustain above the 100day moving average proved to be enough for speculators to dump some of their longs and attract new selling to the market. Today support line done from the lows of November 13th and December 1st was broken down with the market holding at the low of the later and then bouncing back up in sympathy with the profit-taking of crude-oil. Support tomorrow will be at 120.05 making next key levels on the downside at 117.80 and 115.30. Resistance levels are at 122.60, 123.65 and 125.85. Robusta on ICE (H6) is near the 1496 low, first support, which if not respected will test 1489 and 1479. Resistance levels are at 1528, 1549 and 1551.

I would like to take this opportunity to thank you all for the feedback, contribution and your readership, wishing you and all yours Happy Holidays and a 2016 full of health.