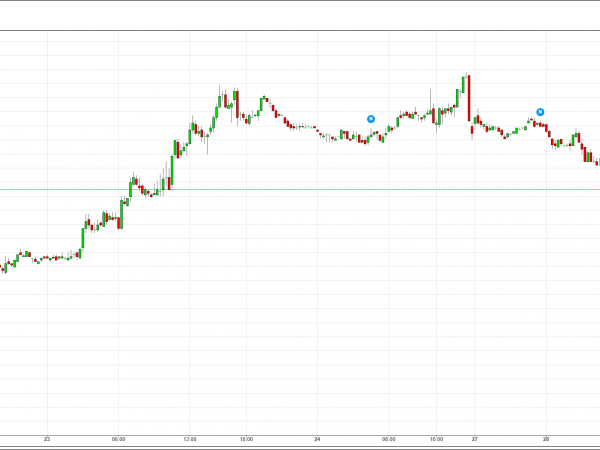 By Jeanette Schwarz Young on December 28, 2015 in exchanges

This shortened week has been very exciting for the bulls with three of the four days bragging of robust rallies. Even the retreat in the shortened Christmas Eve session was positive for the market insomuch as not much ground was lost.

This coming week will be very slow, volume wise. The last bit of tax selling and cleaning up of portfolios before the end of the year will be the main theme for the week. We will have the customary window dressing and undressing probably executed by junior traders left on the desks to mind the shop while their bosses are on Christmas break.

The NYC area feels more like spring than it does Christmas. Roses are still in bloom and pedestrians still wearing shorts and flip flops. The skeptic in us keeps thinking that Jack Frost will appear with a vengeance and we will likely see tons of snow dumped on us…….

Tis the season to visit the kennel and look for the “dogs of the Dow” or those shares that have been the worst performers in 2015. Why? It is believed that the dogs will turn around and become blue ribbon winners in 2016. With that thought in mind, financials, oil shares and maybe even drug companies should be of interest. Remember with crude, there are issues that pay good dividends that might be worth a look. Try to focus on refiners who, actually, do not suffer as much as explorers do. After all, refiners buy the product and turn it into something else like crude oil into gasoline. They generally are not gambling on the price of crude but rather the demand end of the product. As to the rest of the oily group, unless or until crude rallies, for more than an eyelash in time, they will be captive of the volatility of the product and politics. Further, the debt load that the drilling/shale exploring oil companies carry is very concerning given the down-draft in the price of crude oil. Even though the FOMC has kept interest rates low, these debt issues carry high interest rate obligations and servicing that debt with the price of crude oil at these levels has become a challenge. There will be mergers and acquisitions in that group. This is a good time to review financial accounting and study the balance sheets of these firms before investing anything but money that might be lost.

The S&P 500 March 2016 futures contract retreated for most of the Friday shortened session staging a rebound in the last half hour of the session. The downtrend line is 2055 and important support is at 2033. The trend is clearly to the downside for the moment; however, as is the case with illiquid or lightly traded markets these things can quickly change. The landscape is lightly staffed this holiday week and we will see gyrations as portfolios are put in order. Both the stochastic indicator and the RSI have curled over to the downside although the stochastic indicator has not issued a sell-signal. Our own indicator continues to point higher. The most frequently traded price was 2052.50-2051.25 and the highest volume was at 2054. The daily 1% by 3-box point and figure chart has a new downside target of 1849.09. The 60 minute 0.2% by 3-box chart has a downside target of 1856.55. Although we are entering a period of time when the beaten down tax loss items could be replaced (January effect) the charts support concern about this index regarding upside progress.

The NASDAQ 100 rallied in the Friday session with a tiny gain on the day (up 4.00) leaving a doji-like candlestick on the chart. The Bollinger Bands are becoming narrower which tells us that the volatility is subsiding somewhat. The indicators are all pointing to the upside although they seem to be losing momentum. The upside target on the daily 1% by 3-box point and figure chart is 5101.98. This chart does look very positive. The 60 minute 0.2% by 3-box point and figure chart does not look all that positive with a downside target of 4195.05. The most frequently traded price was 4605.75. The uptrend line is 4532.91 and the downtrend line is 4634. The horizontal support line is 4535. Another support line below that is found at 4455. The downtrend and uptrend lines cross on January 16, 2016 at 4582.33. The conditions for that projection is that the price stay between the uptrend and downtrend lines.

The Russell 2000 left a doji on the chart in the Friday session. This index gained 20 cents on the day but did close slightly below the opening level. It looks as though the patter is a possible “W” but before we act on that formation we need to see a close above 1156.20. It does make sense considering this index is loaded with stocks that have been used as a source of funds during this tax selling season. Remember that the Russell 2000 generally outperforms in January as some of these stocks are scooped up and replaced in the portfolio. These stocks also don’t have the export problem seen in the larger capitalization stocks. All the indicators that we follow continue to point higher but are really losing the upward thrust. The most frequently traded price in the Friday session was 1145.25 but the most volume was seen at 1149. The 12 by 3-box point and figure chart continues to look okay but will become scary below 1144.

Where is support for crude oil futures? Believe it or not, we are getting buy-signals on this product yet we believe that it will test and likely break then rebound from the 32 level. Both the RSI and our own indicator continue to point higher. The stochastic indicator continues to issue a buy-signal but the shorter line is curling over to the downside. The short up trending channel lines are 37.00 and 38.91. The shorter of the downtrend line was removed and rebounded from that retreat., We need to have either a two-day sell off staying below 33..98 for us to get the signal that the door is open to 32 and somewhat lower until we. The low printed on Monday looks almost like a morning star. That low broke the horizontal support line and managed to close on the horizontal support line. There is a long-term downtrend line at 43.04 which likely will stop the rally. The most frequently traded price was 37.75 and the highest volume was seen at 38.85. The daily 1% by 3-box point and figure chart looks awful. The 60 minute 0.2% by 3-box point and figure chart looks better and has internal uptrend lines. We continue to be cautious with regard to this product.

Gold rallied in the Friday session adding 7.50 handles on the day. The most frequently traded price was 1072.80. All the indicators that we follow herein continue to issue a buy-signal. The market appears to be range-bound between 1088.8 and 1046.20. The Bollinger Bands are compressed yet continue to move sideways. Something eventually is going to give on this pattern so stay awake and alert for movements that would push the range. This, of course, does not tell us which direction the move will take but only that one is coming. The gold market began this range on around November 9th and hasn’t ventured outside of the range for more than a month. As a chartist we know that the longer the trading range the more violent the move out of that range will be. So, tighten your seat-belt for this one. The rule is that you should not fight the direction, “the trend is your friend.” The spread between gold and platinum is becoming smaller. The daily 1% by 3-box point and figure chart is clearly negative with a downside target of 930.64. The 60 minute 0.25% by 3-box chart does have an upside target of 1134.23. Clearly for us, gold has to remove 1088.8 and then 1097.40 for us to become bullish.

The US Dollar Index is stuck in a range between 99.34 and 98.871. The dollar retreated 0.27 points in the Friday session. Both the stochastic indicator and the RSI are pointing lower with plenty of room to the downside. Our own indicator is flat and could issue a buy-signal in the next session. The heaviest volume was seen at 97.984 and the most frequently traded price was between 98.016 and98.032. The daily 0.5% by 3-box point and figure chart has an old upside target of 100.34. This is a very range-bound view of this index. The 60 minute 0.25% by 3-box point and figure chart has a recent downside target of 92.4663. Looks like this market could go either way. Again we will suggest that you let the market tell you which way it wants to go and act on that direction.

Is it only the Dollar that Influences the Market?
Happy New Year