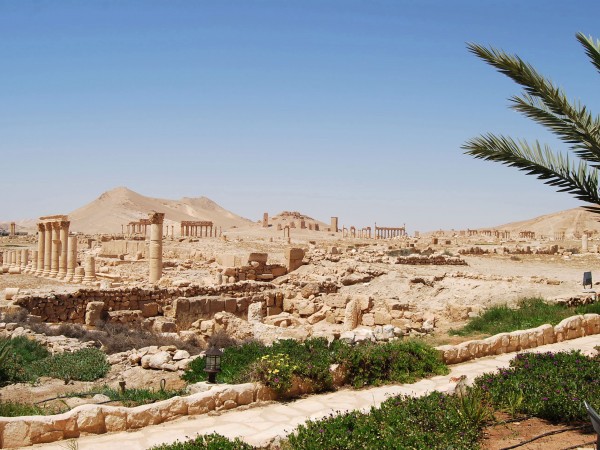 There has been some revealing new information coming out recently regarding the strategy against ISIS. One aspect many find troubling is the apparent failure of U.S. and coalition forces to sufficiently target and destroy oil infrastructure located in ISIS territory, which accounts for a significant portion of the terror group’s annual income. The argument goes, if we want to impact their operations, we should target their primary sources of income, and choke off their operational funds. So, why does ISIS oil infrastructure still stand? Is this the result of an intelligence failure? Negligence? Or, is there a more purposeful reason?

Using data from the Department of Defense, we can see the targeting of oil infrastructure has indeed been a relatively low priority. Buildings and military positions receive the bulk of coalition attention, and only 260 oil-related targets have been destroyed since operations began, out of 16,075 targets damaged or destroyed. And, we now know just how many of these oil-related targets remain. So, what reason could coalition forces have for holding off?

We now know with a high degree of certainty that ISIS receives the majority of its oil income selling unrefined crude, at the pump. There was some idea this was the case, but now it is more certain. This means the ISIS oil trade goes as far as pumping oil from the ground, and then selling it to a long line of waiting tanker trucks that are typically not affiliated with the group. And, while ISIS used to run some marginal refining operations, that appears to no longer be the case. Additionally, we now know the organization’s largest market is not from exports, but through sales to its local, monopolized market in northern Syria. The fact that most of the income is local, and not from exports is even more fascinating when you learn that not only does this oil find its way to local civilians that need fuel for power generation, but that much of the fuel finds its way to Assad’s government forces and the various rebel groups that are arrayed against ISIS itself.

We also now have a better understanding of the extent of ISIS’ diverse revenue stream outside of oil. For instance, last year, in the midst of the chaos in northern Iraq, the terror group turned to robbery, and stole well over $500 million from Iraqi banks. They also onerously tax the locals that are unfortunate enough to live under their rule. And, most surprising are the large revenues garnered from farming on very fertile Syrian and Iraqi land. These sources are far more important than the oft-reported revenues from hostage taking and the selling of sex slaves. This tells us oil is important, but not a silver bullet to disrupt operations.

So, a possible reason for not decisively interrupting oil operations could include preservation of infrastructure for rebuilding after the conflict. This certainly has precedent, since coalition forces have tried this in Iraq and Afghanistan most recently, and territorial shifts occur rapidly in this current conflict. Consider this a lesson learned from Kuwait in 1991.

Another possibility is the US does not want to cause any environmental damage in the surrounding region, having learned another hard lesson from the First Gulf War. This is possible, but highly unlikely. In the face of open war and killing enemies, it is extremely difficult to imagine any government placing environmental concerns over decisive strikes against an enemy. This approach does not have precedent.

Another scenario, which may be the be most plausible, is a play for local fighters to turn on ISIS, prevent further humanitarian issues in the region, and to maintain supplies to rebel groups fighting both ISIS and Assad. A loss of fuel in this region would be extremely detrimental to the local population, which relies overwhelmingly on generators for power, fueled by ISIS oil. The same goes for all the groups fighting ISIS – they all receive fuel from their enemies’ oil pumps. Without fuel, this could hamper the war effort on the ground, and even draw the local population into further compliance with ISIS. Since oil provides the lifeline for many civilians under ISIS rule, this must be taken into account for any long-term strategy in the region.

Some might mock the fact that the U.S. Air Force, before a recent strike, dropped pamphlets on the oil transport vehicles giving the occupants 45 minutes to vacate their tankers before air attacks would commence. This is simply a recognition of how crucial a local population is to combatting insurgencies and terrorist groups. We know the tanker drivers are most likely not affiliated with ISIS in any way, and might even despise the terror organization. They might even be retrieving fuel to be delivered to the very forces that are fighting against ISIS.

It’s incredibly important to keep in mind the limits of military power when waging counter-terror and counter-insurgency operations, a fact not lost on top military officials in Washington. Our understanding as to how to effectively combat terror groups has grown immensely in recent years, and key aspects of this are to allow for the creation of divisions in the territory and the terror organization itself and to ultimately draw in the local population to your side. The former involves containing the group and allowing those divisions to bubble to the surface over time.

This is a key point by terrorism expert Daniel Byman, where he makes the case for “containment” and “de-legitimation” in a scholarly work from 2007. In a sense, this was U.S. counterterrorism strategy globally before 2001. The other component is key, and was effectively used in Iraq in 2006-2007, when the Sunni Awakening went into effect after local tribal groups cut deals with U.S. forces, and turned on al Qaeda. This was a vital juncture in the campaign in Iraq ushering in relative calm in a turbulent part of the world.

It’s important to note that the available information provides a conflicting picture and we can’t be entirely clear on motives at this point. However, the evidence does plausibly point toward forcing realignment of local tribal groups against ISIS, and the maintenance of crucial supplies to resistance groups throughout the region, both corroborated with past actions by U.S. and coalition forces, and counterterrorism strategy. It also remains to be seen if the United States is forced to abandon this strategy given recent attacks and Russian involvement in the region. It may now simply be untenable, for any reason, to forgo attacks on oil infrastructure in the region.

By Ryan Opsal for Oilprice.com