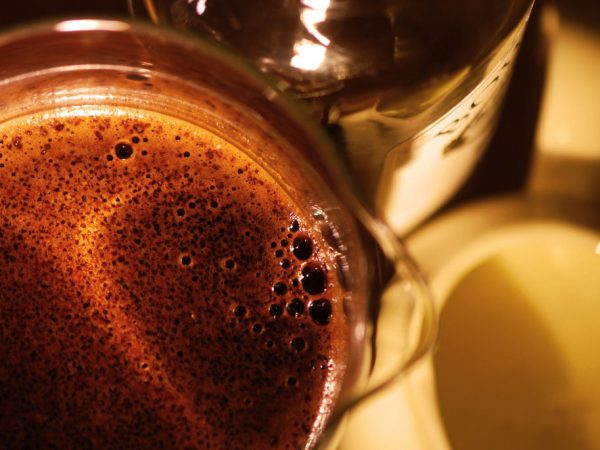 By Rodrigo Costa on January 26, 2016 in agriculture

On Davos last week central banks’ presidents did their job in talking about further “support” for the markets (China) and a potential new wave of liquidity easing (ECB and BoJ). The rhetoric was enough to halt the selling mode that investors were on and provoked a capitulation that drove equities and commodity indices sharply higher last Thursday and Friday. The steep fall of most indices and individual commodities, particularly last Wednesday, probably had the component of margin calls contributing to the collapse of prices. Most speculators remain short several raw materials in front on an expected lower World GDP growth revised also by the IMF. Among the emerging markets the Brazilian economic situation is taking the blame on the slower overall growth as the country shall retract near 3% in 2016 after contracting 3.5% in 2015. In China the hard-landing seems to be less of a problem comparing to a potential devaluation of the Yuan – denied to be the goal of the People’s Bank of China. As noted by McDougall on one of his reports last week, the 6.3% grown for China in 2015 is equivalent of 14% back in 2009 in relative terms, so at the end it is not bad. In fact what worries asset managers and individuals is how the markets will fare with the FED hiking rates this year. Bets on the later are now accounting for only two interest rates increase during this year – from previously thought of four hikes. Coffee in NY traded at the lowest level since January 2nd 2014 (2nd position) or December 12th 2013 (consider the 1st position). London is back to June 1st 2010 and May 28th 2010, respectively for front and second month contracts. Managed money led the selling on both markets while commercial longs increased their position according the latest COT reports.

The flow of coffee in the origins diminished substantially recently only attracting few buyers that were forced to pay very high differentials to cover their shipments’ needs. Emerging market currencies sliding helped the prices in Colombian Peso and Brazilian Real to compensate partially the loss of the board, with the former feeling more the weight of the crude oil’s fall today – another swing of 8% on WTI in one day. Let’s see how the Real will behave tomorrow as today it was holiday in Sao Paulo, therefore no official rate for the Real was updated on the terminals with BM&F closed. Crop tours in the major producing country have started earlier than usual, mostly because of the early flowering that took place on the coffee belt last year. The rains were beneficial for the arabica trees and estimates shall be soon released by the private parties, likely showing a similar percentage gain on the arabica crop reported by CONAB last week. At the same time the conillon crop is compromised as the precipitations on the North of Espirito Santo came too late to avoid the losses.

CONAB forecast for 16/17 crop between 49.126 to 51.944 mln bags, or an increase that ranges from 13.6% to 20.1% is below the expectations of the privates in absolute numbers, but relatively does not seem to be far from what many think is the potential. It seems to me that a crop below 60 mln bags shall not be negative for prices given the apparent low carry-over that Brazil will have and the demand that have not suffered. High exports from Brazil (second consecutive calendar year record), Colombia and Uganda have been enough to keep inventories at the destination at levels that would need a greater usage, mainly from certs, to stir up the negative tone of the traders. The positive signals that the basis gives reflects that one category of the chain is suffering (those who got short differentials) but at the same time it keeps natural users supplied for their needs – maybe not as much as desired. While certainly no one enjoys seeing some exporters and/or dealers in pain to meet their commitments, the bottom line is that the rosters are being supplied by the market. Farmers that in Brazil have already sold ¾ of their current crop, likely about 20% of the 16/17 crop and 5% of the 17/18 crop have little to no urgency to sell their beans now, especially when they see inflation near two digits and a currency that could depreciate more due to the uncontrolled price hikes internally and a government that is more worried about staying in power than trying to sort out the illness that Brazil has.

In sum from a fundamental stand point we have the following bullish and bearish news. Bearish: stronger dollar against the producing countries’ currencies; a perspective of early arrival for the Brazilian crop; high exports figures; good amount of coffee at the hands of Vietnamese producers; high ICE robusta certified coffee; commercial long position very high; and the macro shakiness. Bullish: resilience of farmers to sell their coffees at current levels (therefore strong differentials); nearby tightness of quality beans; Brazilian crop that will be far to the once expected 60+ mln bags crop; ICE “C” certified stocks at the lowest level since mid- 2012; and funds short-position at or near their highest seen in a while. For now it seems that only a technical break out could take prices higher, but the volatility of risky assets makes it difficult to have a strong opinion about this market.

In a few words: Fear still dominates the investment community with extremely high volatility on energy markets. Lower prices of commodities potentially should be positive for the economy as it frees up capital for discretionary spending, but the risks of commodities companies having a hard time with its costs and debts makes investors uncomfortable. FOMC meeting shall be a non-event this week, but everyone will dig for clues about a potential interest rate hike in March with such a sour macro environment. Coffee made new lows with funds loading on the short side to significant bearish positions that so far are working in their favor. Losses of production in conillon areas in Brazil is a secondary issue as many see a very good arabica potential for 16/17 and the Brazilian Real devaluation that takes the center of the stage as another negative factor for NY prices. A technical break-out for now is the only hope that bulls can have.