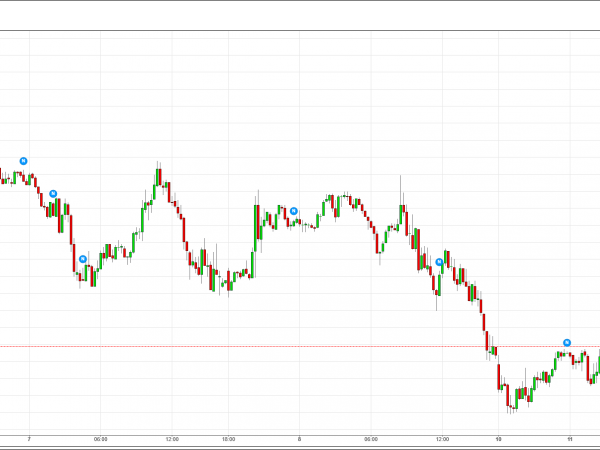 By Jeanette Schwarz Young on January 11, 2016 in traders

Although the Chinese markets, Saudi turmoil and North Korean nuclear test have been given credit for last week’s market retreat, there are other factors that are being ignored. We have been warning that a strong US Dollar will have a deflationary effect on the US economy and somewhat negative effects on the middle income earners, companies that depend on exports and corporations that need to borrow money.

A strong US Dollar cheapens prices of imports which has the effect of depressing the gross margins of products produced in the USA that compete with imports from abroad. The US middle income consumer is price driven with little label loyalty and will purchase the cheaper but equal product when given that opportunity. US exporters will find that their pricing will not compete with cheaper imports. If they want to compete with those imports, they will have to reduce their profit margins or lose market share. The oil industry is winding down daily and we will see further lay-offs both in that industry and in other industries which support that industry. For fuel to enjoy more consumption economic expansion is needed. We do see some of the global economies profiting from the US consumer and therefore we are looking at global investments.

The good news on the US “Jobs Report” is that more people were employed….the bad news is the quality of the hires was, for the most part, minimum wage-earners. Further bad news is that a strong “Jobs Report” gives the FOMC more ammunition and justification for rate increases. So, while all the talking heads or looking at China and shaking their fist at the countries problems, not one of them is actually looking at the root cause of the retreat. Newsflash, the Chinese government has a communist origin and, as such, the information and data coming out of the country is tainted and questionable at best. We do know, and we have mentioned this many times in the past, that China has converted much of its hoard of currency into hard commodities. Why are you surprised that they don’t need to buy them now when their currency is weak?

The S&P 500 Futures cracked below 1992.25 which was a horizontal support line. While using our two-day rule would have cost you a few points, it would have given you a handsome profit for the week. The market had a waterfall retreat this past week and has support at 1901.50 and 1861. We are oversold enough to mount a rally; however, all the indicators that we follow herein continue to point to the downside and do have a tiny bit more room left in that directions. We do feel that as long as China doesn’t fall apart overnight, we will probably rally in the next session or two. Will this rally be substantial enough to reverse direction? We doubt that and believe that the damage done will need some time to repair. That said, remember retreats are generally quick and steep while rallies can take a bit longer. The most frequently traded price in the Friday session was 1948 and the highest volume price was 1940. The daily 1% by 3-box point and figure chart has a downside target of 1849.09 and shows an important level of support at 1886.25. The 60 minute 0.2% by 3-box chart has multiple downside targets with the most recent target at 1838.01. Both the daily and the 60 minute charts do not look good. That does not mean that there will not be a bounce in this index but does cast a pall on the bull market scenarios.

The NASDAQ 100 retreated in the Friday but far less than was seen in the Thursday session. If you draw Fibonacci lines from the peak to the trough of August 2014 you will note that the retreat isn’t that awful. Yes, it does look like a waterfall and surely will not keep up the rate of decline. We can expect to see a bounce within a day or so from this oversold market. That is not an indication that this market will return to its former rally phase. That will be determined by the behaviour of this market in the coming days. We would not be surprised to see the market return to 4455. Again this is not saying that we are bullish but that the market has overdone the decline and will bounce. Remember as this market bounces people will look to break even and thus the market will continue to have pressure on it. All the indicators that we follow herein are pointing lower and all are oversold. There isn’t a bend to the upside to be found at this time but again, we are at a support area of 4248.25 or near enough to it. Under this level, you have 4040.75 and lower levels after that. The most frequently traded price was 4332 and the highest volume was 4328. The daily 1% by 3-box point and figure chart has turned negative. The 60 minute 0.2% by 3-box point and figure chart has a downside target of 4237.17 and looks really awful. The Bollinger Bands on this chart have contracted and appear to be ready to expand.

The Russell 2000 closed lower for the seventh day. All the indicators that we follow herein continue to point lower at oversold levels. The stochastic indicator seems to be losing some of its downside momentum. This index removed the lows from August 2015 and is threatening to challenge the October 2014 low of 1038.60. The most frequently traded price was 1066.25 and the highest volume was seen at 1053.75. The 11 by 3-box point and figure chart looks awful. Very little is comforting about this index except that it could have been a lot worse and compared to the other indices, it really was that awful in the Friday session. Then again, this index has underperformed and perhaps is getting sold-out.

The US Dollar Index rallied in the Friday session but gave back most of the “Jobs Report” gains seen early in the trading session. The stochastic indicator is curling to the upside but has not issued a buy-signal, the RSI has issued a buy signal and our own indicator is pointing lower. When we see divergences like this, we take pause and study the market more closely to understand it better. The most frequently traded price in the Friday session was 98.675 and the highest volume price was 98.650 where 6.3% of the day’s volume was seen. The high for the overnight session, 99.295 was seen at about 7:30 prior to the release of the “Jobs Report” at 8:30 which printed 98.905. From that point on it was all downhill for the US Dollar index. The daily 0.5% by 3-box point and figure chart still has a downside target of 91.7175, which looks a little worrisome. The 60 minute 0.2% by 3-box chart has an upside target of 102.8599 and looks better. We are still concerned about divergences.

Crude oil retreated in the Friday session and is a great sample of a stair-stepping declining chart. The retreat has not been too fast or slow but rather has steadily moved to the downside. Our old target of 32 and change seems to be a magnet for this product. We would not be surprised to see that low removed and a sharp V rally after that. The 32.48 price was last seen on December of 2008. The downward sloping channel lines are 36.79 and 30.55. All the indicators that we follow continue to point lower although our own indicator seems to be trying to curl to the upside but has issued no signal as yet. The Bollinger Bands are beginning to expand again telling us to expect some volatility in the coming days. The most frequently traded price and the day’s highest volume was seen at 36.70. The daily 1% by 3-box point and figure chart continues to look awful. The 60 minute 0.25% by 3-box chart looks a bit better than the daily chart but still looks awful. We are still holding out for a test of the old 32 area. Yes, we are close enough to call it done but markets like to test old levels and since it is there, we believe that it will be tested.

Gold retreated in the Friday session giving back 3.70 on the day. The indicators are all curing over and the RSI has just issued a sell-signal. Another worry for the rally in gold is that it seems to be fear driven. The daily 1% by 3-box point and figure chart has a downside target of 930.64. The 60 minute 0.25% by 3-box point and figure chart has an upside target of 1134.23. The most frequently traded price in the Friday session was 1100. Remember, gold is a fear trade and might tell you that scared money is moving to this asset. Global turmoil will lead to this sort of behaviour. Remain cautious and keep your stops tights.
Risk
Trading futures, options on futures and retail off-exchange foreigh currency transactions involves substantial risk of loss and is not suitable for all investors. Past performance is not necessarily indicative of future results. Copy-write 2015 The Option Royals

One Response to Option Queen Letter and S&P 500 Futures