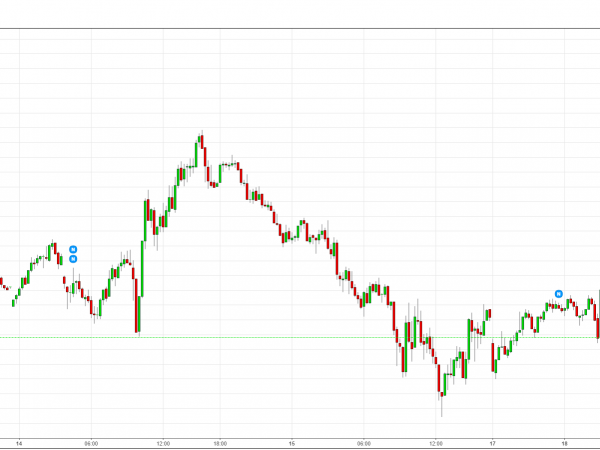 By Jeanette Schwarz Young on January 18, 2016 in economics

Some of the wild action seen in the Friday session was due to option’s expiration and some of it was just pre-holiday adjustments. We knew the retreat was coming; we were lucky enough to have figured that out for this newsletter. What we don’t know is how long this retreat will last. A lot depends on economic health which, so far, has been anemic. As the US Dollar strengthens, pricing pressure remains a problem for US multinationals. This will impact earnings and future growth. It is not so much about the trade with China, but more about intermarket relationships and their impact on the US economy. Globally, if both our products and services are too expensive for consumers to purchase, then we will dip back into recession. It is only a matter of time before corporations halt hiring and buying/upgrading equipment and go back to the “Profit Incentive Plan (PIP).” Generally, this leads to increased mergers and acquisitions as companies try to buy production and then cut duplication of employees, equipment and real-estate.

If you are waiting for corporate buy-backs to support this market, think again. Earnings will likely continue to feel the pressure of a strong US Dollar and aggressive competition for market share. This will become clearer as we see earnings reports from many of these companies. Today’s buyers are price takers and have no brand loyalty. Rail companies will continue to feel pressure with the decline in the price of petroleum products. Remember, most of the growth in carloads was attributable to transportation of petroleum product. December 2015 carloads were down 15.6% from December 2014. Petroleum and its products were down 20.5, metallic ores, 39.1%, and primary metal products were down 21.3% according to Rail Time Indicators January 2016 report. Below is a quote from that report.

Saudi Arabia’s Initial Price Offering (IPO) of Saudi Arabian Oil Company (Aramco)….supports cheap oil and gives the Saudi’s the cash to continue in the life style that they have been accustomed to. This action is interesting insomuch as OPEC is clearly losing its control of its member. Interesting!

Higher taxes in Connecticut have inspired GE to move…..sound familiar? Just take a look at Chicago and the wonders that the high tax climate have created. Is that the fate of Connecticut or will they wise up before the migration hits in earnest? GE also announced that it would sell its appliance division to Haier. We hope the sale will be in US Dollars…

On Friday the S&P March futures shed 38 handles (points) by the close of the session, after a bounce back from the low of 1849.25. We wrote last week that there was a horizontal support line at 1861 which would likely support the market. There was another horizontal support line at 1850.50 which did support the market. The line below that is 1831. Beneath that line is 1813 and then, 1732, which dates back to January of 2014. The volume was up for both the daily and weekly time-frames. This is possibly due to options expiration and the three-day holiday, Martin Luther King Day. It is likely that portfolio managers hedged or flattened out some positions as “a just in case something goes bad” trade. We have some divergences in the indicators on the S&P chart. Our own indicator is issuing a buy-signal while both the stochastic indicator and the RSI, although oversold, are pointing lower. The daily 1% by 3-box point and figure chart shows three declines to 1886.26. . The fear is that should that level fall, we will open the door to 1849.09 and then, lower levels. The 60 minute 0.2% by 3-box point and figure chart has a downside target of 1773.17 and looks lousy. The most frequently traded price in the Friday session was 1867.25. We are beginning to find some stocks that are getting cheap. Up until this time stocks were either expensive or fairly valued; however, today, there are some goodies to be purchased.

The NASDAQ 100 dropped 111.75 points in the Friday session. We see divergence in the indicators with fresh sell signals being issued by the stochastic indicator and the RSI and a buy-signal issued by our own indicator. These indicators are telling us to monitor the price action carefully because something is amiss. The downward trending channel lines are far too steep to continue at this pace and have two choice; that is to go sideways to correct for the steepness in the trade or to rally, neither of which is a signal for a reversal. The channel lines are 4290 and 4043. There is a horizontal support lines at 4040.75, 3958.75 and 3908.25. The daily 1% by 3-box point and figure chart has a downside target of 3461.03. There are stiff downtrend lines on this chart. Use tight stops on any trading. Some real values are beginning to appear in some of the issues in this index.

The Russell 2000 only lost 12.20 handles (points) in the Friday session. The very steep channel lines are 1026.58 and 978.20. Both the stochastic indicator and our own indicator are issuing buy-signals while the RSI continues to point lower albeit at oversold levels. It would be logical to expect to see some sort of rally in this index. Our first level of resistance is 1038.60 and then 1073.20. Those are not hard and fast numbers but rather approximation numbers. The most frequently traded price in the Friday session was 1002.50 and the highest volume was seen at 995 where 8.2% of the day’s volume traded. The low of 978.20 was seen at 11:30 after which, the market steadily rallied into the close of the session. Again respect your trailing stops and trade with caution.

The US Dollar Index suffered a very minor decline in the Friday session but did leave a worrisome long tailed candlestick for the session. The very wide up trending channel lines are 98.38 and 100.40. The down pointing channel lines are 99.27 and 97.84. Both channel lines are making a sort of diamond shape when combined. We seem to be in a trading range of 97.21 to 100.61. Both the RSI and stochastic indicator are issuing a sell-signal while our own indicator is issuing a buy-signal. This diversion makes us pay closer attention to the trade. The high volume area for the Friday session was seen at 98.65 where 11% of the day’s volume was seen and the most frequently traded price was seen at 99.025. The daily 0.5% by 3-box point and figure chart has a downside target of 91.71. The 60 minute 0.2% by 3-box point and figure chart has a downside target of 96.489 coupled with narrowing Bollinger Bands.

Crude oil lost 1.50 in the Friday session, printing a new low for the year and breaking support at 32. The retreat in crude has been organized and not erratic showing continuous pressure to the downside. The correlation between the S&P 500 and crude oil has been losing steam and although many on-air analysts state that because crude is down the market is down, the numbers do not support that assumption. While Crude’s downward trajectory has certainly not been a helpful to the market, the correlation has been diminishing not increasing. The Bollinger Bands are becoming wider, telling us that the volatility is not over for crude oil. Volume retreated in the Friday session pointing to potential seller fatigue in this product. The 5-period exponential moving average has been an excellent marker keeping you short from January 4th 2016. The first upside target is the 38% Fibonacci line, but we think resistance will be seen at about 35 plus or minus a couple of quarters. Our own indicator is diverging from both the stochastic indicator and the RSI and is pointing higher. Both the RSI and stochastic indicator continue to point lower although both are oversold. It is interesting to note that the indicators are at higher levels, are more positive, than on the prior sell-off on January 11th. This could be a positive change. The quarterly chart of crude oil shows support at 25.13, 16.70 and 10.35. The most frequently traded price for crude was 29.60 and the highest volume was seen at 29.65. The 0.25% 60 minute 3-box point and figure chart has a downside target of 25.43 which is the same number seen on the quarterly chart. The daily 1.25% by 3-box point and figure chart looks dreadful. Crude oil is washed out and I believe that it will bounce. Value can be found in refiners who do not drill for oil. They simply don’t care what the price of oil is because they make their money converting oil to gas. So, although they have been beaten up, now might be good time to find value.

Gold rallied in the Friday session adding 15 handles (points) as the fear trade expanded. The other precious metal, platinum, declined in the Friday session which helped expand the gold/platinum spread. The 60 minute 0.25% by 3-box point and figure chart looks as though this market is trying to stabilize. The daily 1% by 3-box point and figure chart has a downside target of 825.9. The most frequently traded price was 1087.50. Both the stochastic indicator and the RSI have issued a buy-signal. Our own indicator continues to issue a sell-signal. The downward trending channel lines are 1067.55 and 1095.35. The chart looks like gold has formed a rounding bottom; although we are not 100% sold on this one. This could be a tea-cup pattern but time will tell. Should this be a tea-cup, it will be bullish for gold. Again, we are concerned that this is a fear trade.

Risk
Trading futures, options on futures and retail off-exchange foreign currency transactions involves substantial risk of loss and is not suitable for all investors.
Past performance is not necessarily indicative of future results.
Copywrite 2016 The Option Royals