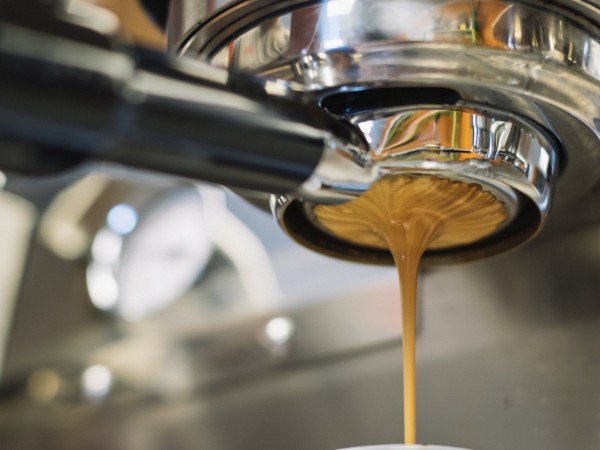 By Rodrigo Costa on February 2, 2016 in exchanges

The Bank of Japan (BoJ) took interest rates to negative territory fulfilling its “promises” from Davos on further monetary easing (liquidity). On last week FOMC’s statement the committee acknowledged the financial market turmoil saying it would assess how it would impact its dual-mandate. Today the vice-chairman commented that the turbulence will be factored on March’s policy decision. In short, central bank’s actions and words helped equities to bounce from the lows with most of the major indices up in the last five sessions and the Dollar Index giving back most of the gains from Friday. In China the lowest manufacturing PMI in three years took a toll on raw materials prices on the first day of February but looking on the performance since last Monday only NY sugar lost ground whereas fifteen out of the nineteen components of the CRB moved up. Crude oil remains volatile swinging 4% or more almost every day, but the positive correlation with equities and other commodities halted for now. Investors are now betting a 42% chance on a non-hike for US rates this year and a 39.2% change of a single hike. Some comparisons have been made to the 1997 behavior of the FED, who stopped lifting interest rates due the Asian crisis. Coffee failed to move above 120.00 and slid on the last day of January, but is trying to gain ground again on the back of a stronger Brazilian Real. The upcoming celebrations of the Tet in Vietnam and carnival in Brazil shall make the selling from these two origins very light giving a bigger upside potential recovery in case funds decide to cover more of their short-position. Commercial gross-long though is at the highest level in record for both boards.

No changes on the coffee fundamental World apart from the fluctuations of the currencies that helped the Colombian producers to lose less value for their coffee in Pesos while the Brazilians saw prices lower in Reais. The Brazilian Real is back to the level of the last day of December benefited by one of the highest interest rates of the World, 14.25%, just when funding-currencies like the Japanese Yen have negative returns. Expectation of a potential impeachment is no longer part of the news although it is not dead as the congress and the Supreme Court are back from the holidays (yes, one month later). Trade flow of spot coffees at the origins has been better in Vietnam before the New Lunar Year celebrations, while in the arabica countries it is subdued. In Brazil the farmers are concentrating their efforts to keep selling on the 16/17 and 17/18 crops taking the advantage of the curve, which allows them to sell coffee at or above R$ 600.00 a bag for their best quality beans. This alone shall take the pressure away of selling during the harvest (once again), which has been the case for a couple of years and a reflection of the good prices that can be guaranteed by the producers before going into the crop (high board last year, low Real this year). Differentials remain high for shipments on the first half of the year, but we repeat the mantra about the exports that took longer to go lower and not yet significantly. January shipments shall finally come below 3mln bags and in February, also helped by the carnival, it will be even lower. Connie values have reached a new record high in Reais and from a basis standpoint they are likely to get stiffer given the forecasted 16/17 crop and the internal consumption that is unlikely to get softer. On the current scenario (off-crop on the washed beans) the usage of ICE “C” certs will accelerate further and shall not pause at least until the first quarter of 2017 (potentially). Spreads in NY will keep coming in, not only because of the basis of non-natural but also due to funds holding a large short position. The more origins fix their future crops means that the market will misprice a strong sell-off later on – assuming the US dollar will not have a significant rally during the same course. In Colombia more agents have been reporting a preoccupation with rains and one dealer mentioned on its most read letter last Friday that some areas are in “critical stage due to water deficit” from Q42015. At the same time the board needs a hand from the macro to dissipate spec/fund selling and origin fixations, which will then bring significant short-covering from the large non-commercial gross-short position. The off-cycle of washed producers, strong differentials, good demand and the slightly better performance of the Real (not the case for the COP because of crude oil) can help the technical picture to attract some buying.

NY March16 tried to stay above 120.00 cents but Iran saying it will not join a production cut of crude (on Friday) sent commodities lower and took coffee along to break a steep upside line it was keeping itself above. If we trace a support from the lows seen on January 20th and 21st tomorrow we need to see the March16 contract hold above 116.00 if it wants to test the resistance at 118.95 and 120.30 – on the weekly chart the “C” has to stay above the later. Today’s low at 115.00 and then 114.70 are the next support. London needs a move above 1400 (March16) to then test the next resistance levels at 1425 and more importantly 1463.

In a few words:  The leader of the lower chamber in Brazil has issued a resource against the Supreme Court to question the decision of the impeachment process that was imposed to the congress helping the Real to move higher. BoJ decision to take interest rates to negative ground and a comment from the FED vice-chairman on the committee’s approach to the recent turmoil of the markets made the US dollar index give back most of the gains from last Friday. Crude oil remains very volatile and when it changes course during the day-session it takes other risk-assets along, but the stock market, for instance, was able to stabilize besides the 6.39% fall of WTI futures today. Coffee in NY has not attracted funds to cover their new shorts (in size) as it needs a new move above 120.00 to become more interesting (for bulls). Bears are patiently watching the action waiting for a new wave of selling of risky assets to profit on their position. The market has given enough time for those who are long to buy downside protection just in case, so even the commercial long book seems less exposed than one would think.