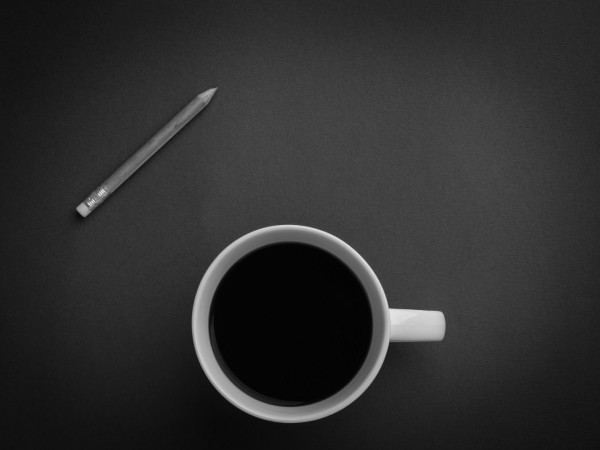 By Rodrigo Costa on February 23, 2016 in exchanges

China signaled it does not have interest to make the Yuan weaker and the FED on its minutes from the last meeting acknowledged that the recently turmoil of the financial markets will be taken in consideration on its decision of further interest rate hikes. Saudi Arabia, Russia, Venezuela and Qatar shared their thoughts of keeping their production levels stable, or capped for now, giving a breather for energy markets to recover. Market participants that have been playing on the short-side of the stock and commodity markets were forced to cover a portion of their positions helping most equity indices to cut half of the losses they had had at the beginning of 2016. Fear is still in the air though in regards to global GDP growth, banks’ exposure to commodities and sovereign-funds of energy producers having further outflows if commodities sink more. The Dollar Index has managed to reject Friday’s outside-day key-reversal, rallying today almost 1% despite bets that the FOMC might stop its rate’s normalization this year. Among the components of the CRB WTI rallied 13.35% in the past five sessions, followed by Nickel’s 9.65% appreciation and Lean Hogs gains of 5%. Natural Gas, Gasoline and Sugar were the worst performers, respectively losing 7.02%, 4.30% and 4.11%. Coffee in New York had boring sessions as the agents were taking care of rolling their March16 contracts to other maturity months leaving the outright trading activity to tighter intraday ranges until last Friday. Today’s move caught some short-covering by managed-money and found little selling interest in front of a strong Brazilian Real and Colombian Peso. London is lagging a bit the move as many traders are cautious about the Vietnamese behaviour if prices move up, but the producers in Vietnam have showed us that they can be a lot more resilient than many could imagine. It is too early to say if the panic mode on the macro environment will fade from now on, which would play as a big influence for all commodities including coffee.

March16 “C” contract began the notice period in a strong pace with the spread against the May16 contract tightening to US$ 0.70 cents discount. It is a positive signal reflected by the strong differentials at the origins and even more if one accounts for the profile of the certified coffee. ICE arabica inventories will probably continue to go lower while there is no cheaper alternative around, not to say that we are far away from the point that new coffee could potentially flow to the board. GCA stocks in January went down only 907 bags in a month that averages an increase of 130K bags (considering the years between 1989 and 2015), and are now at a total of 5,84 mln bags. ECB warehouse stocks in November stood at 11.81 mln bags, 45.3K bags less than in October. US net imports in December were 2,035 mln bags, finishing 2015 at a new record of 24,878 mln bags, or 2.1% more than in 2014 – the earlier preoccupation of demand that many had until the third-quarter of last year proved to be only punctual. On this matter the ICO consumption numbers show steady growth until the last year it has data available, therefore production has to come from somewhere to feed the usage of coffee. Brazilian exports in January finally came below 3 mln bags (not that far though) at 2.7 mln bags. New crop forecasts were released in the past two weeks, one from a large private export, Unicafé, who sees the 16/17 crop at 54 mln bags, being 41.8 mln bags of arabica and 12.2 mln bags of conilon and another one from Wolthers Douque that estimates a similar size production of 54.5 mln bags, 40.5 mln arabica and 14 mln of conilon. The losses in Espírito Santo are indeed accounted for pretty much everyone, with the most optimistic players forecasting a crop that will not surpass 14.0 mln bags of conilon in Brazil. Once again we shall not forget that 17/18 potential shall be lower after a large arabica crop, while the recovery of the robusta trees will have to be assessed later. In Colombia showers started falling in some drought affected areas, but the wetter pattern must continue though, even more if the flowering takes place. Vietnam exported 2.8 mln bags in January, 11.5% more than in December and 2.4% more than the same month a year ago. Farmers in the largest producer of the robusta variety are very dissatisfied with the prices of coffee especially because different from other producing countries their local currency is pegged to the dollar making them feel the pain of the futures market collapse entirely. We need to see a continuation of the rally in NY and London somehow needs to follow it, even if not at the same proportion, to attract more significant short-covering. The key once again will be the dollar but we shall not forget that both Brazil and Colombia are in-between-crops, making the selling lighter in the nearby. For Brazil though producers can always benefit of selling the forwards if buyers give them credit to do so.

After several days moving pretty much sideways, or gridding slightly lower, the “C” finally made a significant move to the upside breaking above two important moving average. The stochastic also has turned positively, but we need to see follow-through to confirm the short-term positive tone. First resistance is at the gap 122.10 cts (May contract) than the 100day moving average at 123.75, which if broken will make the target 125.95 and 128.90. Support levels are at 119.05, 117.05 and 115.00. Robusta needs to move above 1432 until the end of this week to trigger some buying, making then the next upside objectives 1454 and 1480. Support lies at 1401 and more importantly the recent low at 1373.

In a few words: Fear in risky assets slowed a bit giving room for a short-covering of stock and commodity indices. The overall feeling though still demands cautious as liquidity is not sufficient to contain new waves of investors running for cash selling their holdings. Lower commodity prices have caused outflows of sovereign funds from energy producing countries, pressuring down equity markets until two weeks ago. Crude below US$ 30.00 a barrel makes it profitable only for a few producers, a signal that in the long run it shall not be sustainable at these levels. On the other hand inventories of oil are at all-time highs and the production that is still above consumption does not help for a bullish argument yet. Coffee in NY rallied after the beginning of the delivery period with the Mar/May spread trading at -0.55 cts/lb. The strong rally of the Brazilian Real and the Colombian Peso were also crucial to help the market move up, but it needs to hold the gains to attract more short-covering.

Triggers for upheaval
Turned a Corner on the Currency Markets