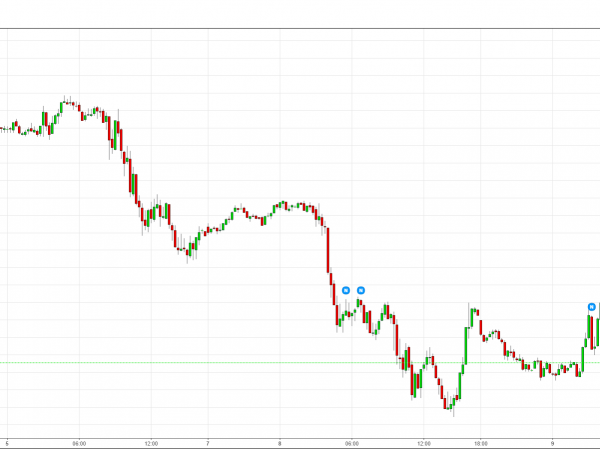 By Jeanette Schwarz Young on February 9, 2016 in traders

The good news regarding last week’s action in the market is it felt a lot worse than it actually looks on a chart. Now, we aren’t saying that it was a pleasant decline, but this was a decline inside a trading range. With that said, we must alert you to the fact that the Bollinger Bands have become narrow and that typically warns us to fasten our seat-belts for a jolt.

Speaking of jolts, yesterday we enjoyed a lecture hosted by Dartmouth on Location given by Charlie Weelan, a senior lecturer in public policy for the Rockefeller Center. This was an eye-opening talk regarding that absolute mess the US budget, sporting record-high levels of deficits, is in. The projections clearly illustrate an unsustainable path. These numbers and facts painted a picture of Armageddon. Clearly nobody knows when the piper will have to be paid but we all know, or should know, that a time will come when this will have to be faced. Politics plays a role in “we will handle it another day,” with no politician willing to made the difficult decisions to fix this mess. With today’s sound bite media, mob rule has come to pass. Our politicians do not talk about real issues. They do not speak of work place displacement resulting from technological advances or the role having the world’s highest per patient costs has on an already broken healthcare system. Rather, sound bites rule the day. We speak of walls and speeches to Goldman Sachs. Perhaps Adams and the Federalists were right to have so much fear over uneducated decision making. Today’s rule of thumb in the legislature is to pass the buck onto the next guy and ignore it….. Our comment is Ugg, these are our leaders……we are a debtor nation and getting deeper in debt every day. Isn’t it time to start fixing this mess?

The one piece of good news for the economy was that last week, the US Dollar retreated. While a week, does not make a trend, it does help a little bit. We still have the ability, here in the US, to attract cash onto our shores insomuch as we are a “safe” high interest paying country. This condition helps stimulate the carry trade. Is it good for our economy…..no, not really but it is good for those borrowing a zero and getting paid. Isn’t that what the banks are doing anyway? Borrowing from the Fed and lending out at a much higher level? Well we know it is different but the same. These sorts of spread trades, employed by the banks, have almost no risk currency or sovereign risk.

The S&P 500 declined on the Friday “Jobs Report” losing 34 handles (Points). As we noted, the Bollinger Band are contracting and will likely begin to expand again. That tells us that volatility will increase in the near future. All the indicators that we follow herein are pointing lower and do have room to the downside. As soon as the S&P 500 fell below the horizontal line at about 1907, the selling accelerated taking the index as low as 1865.75. The next level of support of 1864.50-1861 managed to support the market. We traded out of the diamond formation about midsession on Friday helping the bears gain traction. The downward trending channel lines are 1915 and 1849. When looking at the Heikin-Ashi chart of the S&P 500 the body of the candlestick actually stayed inside the upward channel line. The most frequently traded price was 1905 and the highest volume was seen at 1871-1872. This makes lots of sense insomuch as that was the level of the horizontal line. The monthly chart looks like a rounding top. The 60 minute 0.2% 3-box point and figure chart clearly shows a breach of the uptrend line. The daily 1% by 3-box chart continues to look like it is consolidating. Our advice is to respect the horizontal lines and understand that volatility will likely spike higher.

The NASDAQ 100 fell 136 handles (points) in the Friday session. This market declined for the last four days and now is approaching the horizontal 3983.50 line. The Bollinger Bands were contracting up to Thursday but now have begun to expand telling us that more volatility is returning to this market. All the indicators that we follow herein continue to point to lower levels. The sell-off on Friday was on better than average volume. The most frequently traded price in the Friday session was 4147.50 and the highest volume was seen at 4010-4012. The 1% by 3-box point and figure chart has a downside target of 3461.03. The 60 minute 0.2% by 3-box point and figure chart isn’t much better and does look bearish. All time-frames for the NASDAQ 100 look awful. Caution is warranted.

The Russell 2000 was the big surprise in the Friday session. Although the index lost 25.20 on the day, its chart does not look as awful as the other index’s. We never tested the horizontal line and although the pressure was clearly to the downside in the Friday session, the previous two days pushed to the upside, trying to be positive, leaving a green candlesticks on the chart. All the indicators that we follow herein continue to point to lower levels. The bad news about the day’s activity is that the market closed near the low and was not able to bounce. That is not good news. It should also be noted that the Bollinger Bands are very narrow and are beginning to expand. The most frequently traded price was 1008.75 and the highest volume was seen at 988.50 where 6.2% of the day’s volume was traded. The 10 by 3-box point and figure chart clearly is in a downtrend. The ten minute chart shows us that there was only one small rally in what was a bad day for the Russell 2000. This occurred between 10:20 and 11:30 on light volume. Fasten your seatbelt for Mr. Toad’s Wild ride!

Crude oil retreated 72 cents in the Friday session. All the indicators that we follow herein continue to point lower. The daily range is contracting somewhat. The uptrend line is at 30.042 and the downtrend line is at 33.57. These two lines will cross at 32.07 on February 16 and, should the trade remain narrow, this could lead to an explosive reaction. While there are too many questions to trade on crude will be interesting to watch as it gets closer to that date. The Bollinger Bands are continuing to narrow. The horizontal support and resistance lines are clear. Upside resistance is 31.71, 34.82 and 37.96 on the downside you have 29.25 and 26.19. There are levels below that at 20.80, 16.68 and 10.35. We had to go to the quarterly charts to find these levels. The most frequently traded and highest volume price was 33.70. The 60 minute 0.75% by 3-box point and figure chart has a downside target of 22.38 and does not look good but does look as though it is consolidating. The daily 1% by 3-box point and figure chart looks as though it has a lot of overhead supply and will have trouble on the upside. As an aside the spread between Brent and WTI is again present with Brent the more expensive product. Tread carefully here.

Gold, six days up and counting! Hooray for turmoil!!! That is, if you are a gold bug of course… Yes, we are overbought but the indicators continue to point higher. Gold is trading above its upper Bollinger Band and we know that either the bands expands to accommodate the increased volatility or the trade retreats back inside the bands. The Bollinger Bands are expanding. If gold can trade above 1189, there should be a wild move to the upside as those who missed the rally dog-pile into the upswing. Don’t try to figure that one out you will be burned. Let it play out and then review the chart and trade. If long, use a trailing stop. Gold looks like it had a rounding bottom. Gold is handily outperforming platinum, which is easily understood as gold is a fear play and platinum is an industrial commodity. The 60 minute 0.25% by 3-box pint and figure chart clearly shows gold’s breakout to the upside and, looks positive. The daily 1% by 3-box point and figure chart continues to have a downside target of 825.9 but that is an old target. Gold broke above the downtrend line in a move to the upside. The most frequently traded price in the Friday session was 1155. Stay cautious! This market is reacting to news events and chaos so once that abates, it is likely that normal trading will resume.

The US Dollar index rose 5.08 cents in the Friday session. This is a massive move. For the four previous trading sessions the index fell, giving up all the gains attained from October of 2015. This is good news for US exporters but bad news for US Dollar bulls. This decline really looked a lot like a waterfall. The market found support at 96.025, but the take-away from the chart is that the DXE printed a lower low and a lower high on the day in spite of closing higher. That is not good news for those long the DXE. It is; however, good news for commodities traded in US Dollars. Both the stochastic indicator and the RSI are now issuing a buy-signal. Our own indicator has not joined in quite yet but very well may. The most frequently traded price was 96.60 but the high volume price was 96.95, where 9.5% of the volume was seen. The Market Profile chart shows a bimodal curve with a single prints below, where the volume was particularly light. Both the weekly and the monthly charts are not as dramatic as is the daily chart. BUYER BEWARE .. oh…. and SELLER BEWARE.

Risk
Trading futures, options on futures and retail off-exchange foreign currency transactions involves substantial risk of loss and is not suitable for all investors.
Past performance is not necessarily indicative of future results.
Copywrite 2016 The Option Royals – Option Queen Gold