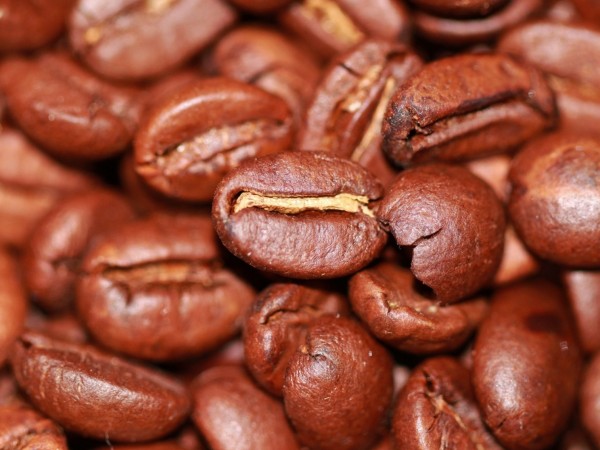 By Rodrigo Costa on February 10, 2016 in agriculture

US job creation in January was below expected but still above the 150K mark that most economists say to be enough to keep the unemployment rate low. The increase on average hourly gains was read as a signal that the FOMC might eventually consider tightening on its March meeting as inflation shall not ease. At the middle of last week the mood was different after the ISM non-manufacturing index in the US came out at the lowest level since early 2014 and stocks were then reacting positively. In reality investors remain nervous about the overall macro environment. Leading tech stocks that were responsible for the high equity indices in the US, like Facebook, Amazon, Netflix and Google (FANG) are losing their shine and last week had taken a toll to drive lower the US indices. In Europe some disappointing economic data kept alive the thought that the ECB will pump up more stimulus, but the Euro ended up firming with the current perception that the FED will only hike once this year (by-polar?). In China the fall of the country reserves to 3.23 trillion dollars preoccupies the markets on a potential further devaluation of the Renminbi. Commodities benefitted on last Thursday’s steep depreciation of the Dollar Index, but it lasted only one day therefore only 5 of the 19 components of the CRB move up in the last five days: silver, gold, sugar and copper. Coffee was holding well until Friday when it tumbled drawing an outside reversal day, falling further today being now back to the 115.00 area. London tried initially not to follow the arabica but it was unable to sustain as well and both markets attracted more managed-money selling.

Higher board prices for coffee did not help Brazilian farmers much as the Real got stronger erasing a potential for more selling on the “C”. Colombia though had a better chance as NY in Colombian Pesos traded near 4200 cts of COP per pound, but the COT showed that commercials short did not increase as much. Export data from mild coffee producing countries in Central America shows a slower flow in general and differentials remained stiff apart from Brazil that nominally stayed unchanged. The Trade Ministry of the biggest origin indicates that January shipments shall slow to slightly above 2.5 mln bags, which shall get even smaller in the next three or four months. IBGE, the statistical body of the government, released its first forecast for the 16/17 crop with arabica output at 38.4 mln bags, 16% more than 15/16 and conillon at 11.3 mln bags, a 3% increase from previous year. Terra Forte, the third largest exporter in Brazil, expects production in 16/17 at 54.17 mln bags, being 41.38 mln of arabica and 12.79 mln bags of conilons, respectively a growth of 29.1% and a decrease of 16% from the current cycle. Remarkably though is that the implied potential of conies for 17/18 shall also be compromised because of the drought in the North of Espirito Santo, therefore making the perception that a larger output than 16/17 is unlikely to take place, even though bears have a point that it is too far away and eventually the picture could turn out to be not as bad. Overall inventories going into the next year will be at minimum levels, assuming that we will not see a significant revision of last year’s carry and the current crop. ICE arabica inventories keep being dented, which shall be the case for quite some time and it reflects on the structure that is coming in – maybe not an issue yet as interest rates are very low. Colombian National Coffee Federation declared that the drought in part of the coffee areas has shaved the production in 1 mln bags already, sad news from the country that was in a good pace of returning higher production and exports for several years. On the robusta world Vietnam has done their selling before the holidays for the new year that started today (Happy New Year by the way) and if the global S&D ends up with just a small surplus the coffee holders might be doing the right bet of selling their coffee in small amounts. The wild card though would be a devaluation of the Dong, which could make farmers and the middleman keener to sell up to a certain level. I have written in a couple of notes last year that a Brazilian crop near 60 mln bags should not be bearish for the board in the mid/long term, but at the same time we were seen the eventual higher potential for 17/18 attracting farmers to sell the forwards, so far not helping New York to rally significantly. In short, three origins that have been responsible to increase their output in the recent past, Brazil, Colombia and Vietnam but the more the time passes the more the market feels that even the current high prices in their local currencies, for the first two, might not be enough to help them have big jumps on production, while in Vietnam aging trees and not as good prices as in the past as well as the competition with other cultures that became more profitable gives the impression that for now the peak of their output is behind. The markets though are still impacted by the outside influences of the macro that is shaky and make the commercial agent’s life difficult to trade looking only at the fundamental side of the equation. The CFTC report showed that once again the rally was only a function of non-commercial short-covering and funds are back on their selling mode with the technical picture that looks weak. The commercial gross-long diminished 8,312 lots in one week, partially because of AAs that were exchanged and likely due to a lower interest to chase the market higher, as NY keeps given them an opportunity to wait and buy the flat price later at new lows – pattern that has been in place for about a year. From a risk-reward standpoint the shorts have to be betting on further deterioration of the financial markets, which will impact the currencies of producing countries, which will work until it no longer does, unless of course one believes that what we are seeing is just the beginning of a bear market that will be impacted by the exposure of corporate debt and eventually higher interest rates.

In a few words: Sovereign bonds of rich nations rallied and so did precious metals as investors so far have failed to pick the bottom of the stock markets where rallies are not being held for more than a couple of days. According to a Bloomberg article today the cost of insuring corporate bonds are at the highest levels since 2013, but at the same time corporate debt hit a new record last week – 2 trillion for the first time. Inflation in Brazil and Colombia are at high levels making the currency of these two important arabica producers vulnerable for further devaluations, which along with the rout of financial markets seem to be the major two bearish factors that could take NY lower (beside the technical). Crop forecasts from key producers though are not perceived to show growth and inventories are not at comfortable levels at origins. Stiff differentials shall accelerate the usage of certified coffees of both arabica and robusta, but for now only the structure of the first is coming in. The risk-reward of getting short is based on best of more funds selling in the midst of a bear macro background that would make the Dollar stronger, but for now the greenback halted its appreciation with a lower probability of more than one hike from the FOMC.