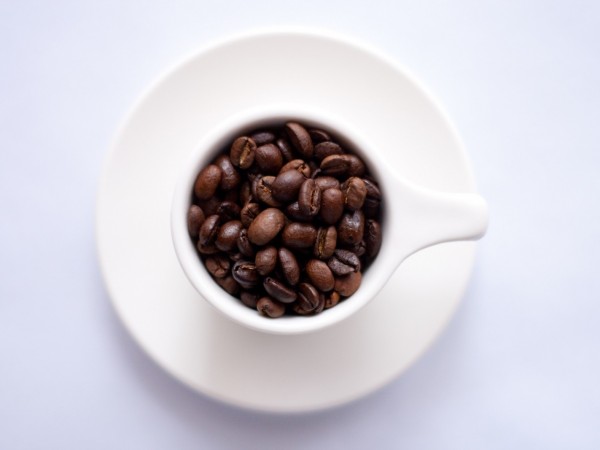 By Rodrigo Costa on March 1, 2016 in agriculture

Central Banks of the G20 met last week to discuss their efforts to shore up the economies re-enforcing their will to keep stimulus measures although not being more specific about which ones and their timing. In China the PBoC today cut the reserve-ratio rates of the banks helping stock markets to recover in Europe while in the US the rally of raw materials initially helped the S&P500 but in the afternoon the index fell to end February just about 0.41% down. Energy markets remain volatile, lately a little less influenced on the non-agreement of OPEP members in regards to diminishing production. Non-OPEP members that have higher cost of production are the ones feeling the pain of crude trading near US$ 30.00 a barrel, as for instance the US where the rig count hit the lowest level since 2009, or just about one quarter of the peak of around 1600 rigs back in 2014. The diminishing production in the US could help to draw down inventories as we approach the time of the year that product’s usage increases. Mixed economic data in US makes investors doubtful about FED actions this year on hiking interest rates with the majority of players and analysts looking at no more than one increase, if at all. The dollar index had a strong performance in the last two sessions backed up by the rhetoric of the G20 meeting while commodity indices were not impacted significantly; in fact the CRB was able to remain above 163.00. Coffee in both NY and London were under pressure flirting with new lows so far respecting the January “bottom” (2nd position). March16 robusta contract commences the delivery period tomorrow (March 1st) but the way the spread behaved shows that few are interested at the cheapest coffee available in the market – or is it maybe a trick strategy to play given the location of the inventories?

Coffee traders that were following the crude oil market and stocks as a hint for the direction of the arabica market were tricked as the “C” seems only to follow negative performances of other risky assets staying behind any respite. One day the positive correlation with crude is higher than others, making any related bets nothing else than stochastic ones that could or could not work at any particular day and time. Strong differentials for pretty much all origins make dealing in the physical challenging with buyers and sellers not meeting a common ground yet and so far not transpiring any strength on the future markets – quite the opposite in fact. On the robusta market the conduct of Vietnamese farmers confirms their resilience to give up their coffees at current levels, just when Brazil is at the pick of in-between-crop period and Indonesia starts harvesting but with prices still proud. Exports in Vietnam for February are forecasted to be 2.08 million bags, less than the 2.83 mln shipped in January, due to the TET Holidays. The robusta situation benefits long holders of certified robusta coffee and potentially should attract receivers of that coffee – even more so with a spread that widened to levels that allow some to carry the inventories. Marketing the coffee though and even more important knowing where the coffee will come from and the possibility of eventually shipping out to a different country are the key points that need effort for any potential receiver – at the end though right now it is the cheapest coffee one can get. In regards to inventories the ECF reported that December ports’ warehouses in Europe totaled 11.86 mln bags, a little more than 50K bags above the November figures. ICE robusta stocks are at 3,032,545 bags and arabica at 1,546,141 bags. In Colombia several players reported beautiful flowering taking place and the forecast for rains so far looks fine. Turning to Brazil all is good but in the northern part of the Espirito Santo where the precipitation is far from satisfactory painting an uncomfortable picture for the conilon’s production. A local exporter, Comexim, released its 16/17 crop estimate at 56.25 million bags, being 44.35 mln of arabica and 11.9 mln bags of conilon. According to the company the carry-over will be virtually zero, or 159,774 bags at the end of June – bear in mind that new crop shall already be available sometime in May, therefore flowing into the internal and external market before the beginning of the official crop year. London rallied today in the last 90 minutes apparently on spec short-covering that found little selling – of course it needs follow-through otherwise it will meaningless as the previous rallies on both terminals. The Brazilian Real tried also to gain ground against the greenback as commodities had a positive day, but it could not sustain as the Labor Party government navigated from heaven to hell in only one economic cycle and have no serious fiscal policy agenda defined. NY prices in Reais and Colombian Pesos though made a new low since early December, suggesting that a short-covering of the “C” might find fewer sellers just as London did.

The constant dives of prices in NY and London discouraged buyers that are patiently waiting to see if January lows are respected. The short-term downtrend line of May16 arabica is the first resistance at 115.90 and 116.50 tomorrow. A move above 118.30 and more important above 121.05 is needed to avoid a test of the 113.35 low for the contract, which if broken will make the next downside objective at 110.75 for this week. Robusta rally today needs follow-through with key resistance levels at 1425, 1437, 1454 and 1480. Failing to hold the gains will make 1342 the target and then 1298 for the week.

In a few words: Coffee was unable to follow any recovery of other risky-assets tumbling closer to the lows we have seen in January (2nd position). Lower highs, lower lows, with the market behaving like a typical bear market where rallies don’t last enough for sellers to take advantage of getting short brings little confidence to bulls (if there is any bull still alive). Either if one blames the weakness of the spreads or the macro background, the reality is that prices are at shooting distance to make new lows at the same time that funds do not have a very large short position to provoke a significant rally. Commercial buying according to the COT had also given a negative tone as the gross-short had diminished – partially due to the delivery period but not totally because of it. The Dollar Index strength affected less the Brazilian Real and the Colombian Peso, which benefitted from more stable commodity prices. Firmer differentials for virtually all origins have not been enough to provide any support for the boards while the weather has improved slightly for Colombia but not enough to recover the trees in the Northern of Espirito Santo in Brazil. Robusta rally last night if sustainable could spark some action eventually spilling on the arabica market – which for now is the only hope to an upside move.