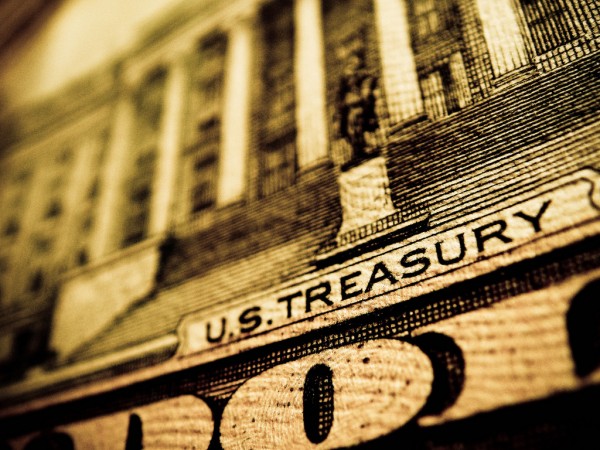 The FOMC signaled a slower pace of normalization saying that interest rates will be hiked two times instead of the previous announced four times adjustment. While it seemed that the marketplace had priced fewer increases the reaction of the USD proved the contrary with the Dollar Index sharply falling to test the levels seen in the middle of October last year. The move turned risk in mode on erasing the losses of the S&P500 and the Dow Jones for the year and commodity indices spiked higher.

Among the components of the CRB the leader gainers in the past five days were the WTI, Sugar and Coffee, respectively rallying 6.90%, 5.64% and 3.52%. Bulls are excited that more money will be poured in commodities expecting further devaluations of the dollar, while bears are sceptical as the US economy is doing better than the other major ones and FED’s decision relatively to what the BoJ and ECB had done still translates into monetary policy tightening – I am part of the later group. Coffee “C” rallied surprising those who were betting on a range-bound market, characterized in the past months of rallies fed by fund’s short-covering that faded after they were done.

Apparently those that got short earlier were stopped out by the influx of fund buying, whose position turned net-long for the first time since the middle of 2015. It is interesting that it is happening just when the fundamentals for arabica prices are losing the appeal given the continuous pace of large exports from the two major origins of this variety. On the NCA convention many were attributing the recent performance to the higher usage of certified stocks, expecting the pace to accelerate in the next months.

A good portion of the coffee community was either arriving at San Diego or on its way to the once again well-organized event seeing that NY arabica prices had finally broken the range it was trading since October last year. The conversations and meeting that took place at Del Coronado Hotel in San Diego were dominated by the reasons for the move and if this is sustainable or not. Given the number of deals that apparently took place it would seem that buyers are not really in a rush, either by not being convinced on further gains of the board or by the flat-price position held, which according to the CFTC report remains above historical levels (or 85,361 lots).

At the origins the flow of coffee was quite significant, especially in Brazil where big lots of physical coffee changed hands on the nearby as well as a lot of forward sales were done by farmers. According to some traders that were on the phone with their offices in Brazil producers did not hesitate to sell coffees that are still on their warehouses, as well as the beans that will be harvested in the 16/17 and the 17/18 crop. Even though the Brazilian Real has not changed much (besides the shameless moral and political crisis that is taking place in the country) the high interest rate of 14.25% places the forward Real at 3.98 for March17 and 4.36 for March 18, for instance, therefore helping the price paid in BRL per bag to reach desirable levels for the farmers. FOB levels were also reported weaker for shipment starting in August16, but demand is not budging much – leaving bulls wondering. Some analysts were attributing the recent performance of arabica and robusta due to the weather, but there is no consensus on this matter among the players in the coffee market as some are seeing a normal pattern in Vietnam while in Colombia higher moisture is expected in a couple of weeks. As for the north of Espirito Santo the damage is already accounted for, so in my opinion the sole reason for the markets to have rallied was the dollar weakness, which portfolio managers adjusted their position in the currency and now the relatively stronger fundamentals of the US economy (including a weaker dollar) shall stop the devaluation of the greenback, making vulnerable the fund’s long position on the “C”.

The COT on Friday showed that funds between the 9th and 15th of March bought 19,401 lots with the May 16 contract gaining only US$ 4,00 cts/lb. From Wednesday to Friday the market gained extra US$ 8.60 cts with total outright volume of 71,525 lots, likely placing the non-commercial net-long position between 15K and 20K lots. The last time funds were long was in August 2015 for one single-reporting day, August 18th to be precise, holding a net long of 872 lots. One has to go back to February 3rd to see non-commercials with more than 10K net long (10,185) and to Jan13th 2015 to see them holding 24,117 lots. At the peak of prices on October 2014 (US$ 229.10 cts/lb) the funds had a gross-long of 46,090 contracts and a gross-short of 8,536 contracts – leaving them net-long 37,554 contracts. Back there the story was bullish (low yields of the Brazilian crop due to the drought at the beginning of the year). Here the bulls are betting on a drawdown of about 400K bags in the next four months or so. I am not sure if this is enough as the window for tightness is closing with Brazilian exports being kept high (between 2.5 and 2.9 mln bags until the end of the current season) and a sizeable crop becoming available. Many participants in fact see a high chance of the certs to start getting some non-naturals from the biggest origin – depending upon the premium that it will be trading comparing to regular Fine Cups, which based on some business that took place recently could make a lot of sense. It is tough to get too bullish at current levels, unless one bets on the DXY sliding further down.

A nice break above the 200day moving average accelerated the buying from technical players that see a positive story now on the arabica’s chart. Stops triggered an upper move that has been sustained and will only lose the momentum with a fall below 130.15 tomorrow and even more important 127.75 for the May16 contract. On the upside the resistance levels are Friday’s high, 135.00, then 141.30 (the later on the weekly chart). In London supports are at 1466, 1445 and 1420, while resistance levels to be observed are 1503 and 1522.

In a few words: FED’s decision to hike rates only twice this year took the US dollar lower and fueled buying on risky assets benefiting commodity indices that tested December highs while the DXY index is back to October 2015 levels. Coffee in NY held import support levels last week and had a sharp move up stopping the specs that were short and attracting fund buying resulting on a net-long non-commercial position only seen in such levels back in the 3rd quarter of 2014 – when the market was dealing with lower yields in Brazil because of the drought of the Jan-Mar14 in the country. Origins are taking the opportunity to sell their coffees, a smart move even coming from the Brazilian farmers as a potential fall of Dilma would only temporarily make the Real stronger, which then will likely devalue the currency again as no miracle can be operated in the short and mid-term for South America’s biggest economy. Fundamental reasons are being given to justify the rally of the “C”, but if you ask me I think it is only related to the greenback sliding on portfolio managers adjusting their position, which once done could resume the evaluation of the US dollar.