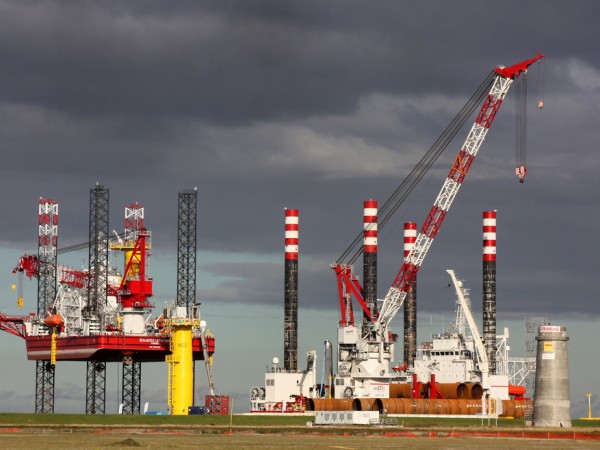 I wanted to send a special update regarding the Global Energy Conference I am attending here in Geneva. This is A yearly conference that brings all major players of Petroleum, Natural Gas, Electricity, Power and Renewables Industries together to discuss current challenges and opportunities. Obviously, the big question and discussion is where Crude Oil is going from here?

The first panel this morning was meant to discuss just that with representatives from major traders like Gunvor, Total and Petromatrix (Geneva-based analyst). I was surprised to hear that basically that they all agreed prices Were going higher from current levels. They were all bullish.

They all concluded that we still have a glut of supply, in particular having had a 500 mln barrel build for commercial use since 2014. However, the builds that they are now seeing are starting to shrink. As an example, one noted that U.S. lower 48 states’ production was lowered to 6 mln barrels/ day vs. 8 mln / day in January 2015. During the 2nd half of 2016, There is an expectation of stock draws after 9 consistent quarters of inventory builds, perhaps as early as May/ June.

Because of investment cuts, there are expecting a significant decline in production through 2020, lowering production By 10 mln barrels/ day, starting in late 2016 and early 2017.

April 17th is the highly anticipated Doha conference where oil producers will come together to discuss future Production planning and price projections. A lot of attention is being paid to what Iran will do as they have not Made a commitment on production freeze like other countries, namely Russia, Saudi Arabia, Qatar and Venezuela.

The panel pointed out that Iran is not a stronger exporter as they were a few years ago, and only are projecting exports of 1.2 mln barrels per day vs. in 2011 when they were at 2.5 mln. If the key drivers such as Russia and Saudi Arabia are part of the agreement than smaller producers like Lybia and Iran, that won’t agree To the freeze, are less significant. One trader pointed out that Iran still has to play catch up with the banking and shipping industries to regain their place in the world and this might take several months / few years to Accomplish since their reputation has suffered during the time of sanctions.

Another issue that was discussed, including a question posed by a Bloomberg reporter, was that of floating storage Economic and storage capacity overall. The point black answer was the world market is NOT running out of storage And the contango pricing has made sure of that.

World GDP is seen having grown in 2015 by 2.3% which is the lowest since 2009 mostly pointing to weaknesses in Brazil and Russia, so demand overall still has some work to do to push prices much higher. However, they have Seen strong gasoline demand overall picked up quite a bit in the last several months.

Petromatrix estimates that prices through the end of 2016 will be the in the range of 45-65 usd per barrel basis WTI. This was a forecast they made initially before the prices started falling in 2014.

Russian officials have even made a price projection of $ 50 per barrel for Crude Oil stating that this is a comfortable Price for their industry to see growth. The panel was careful to say that the Russians have NEVER mentioned in The past anything about price projections.

WTI/ Brent spread was also discussed as someone questioned whether the panel expects Brent to gain on WTI Again as right now, it is at par essentially, while in the past $ 15-20 per barrel premium over WTI has been seen. They commented that the $ 15-20 per barrel is an aberration and that they would expect the spread to be very Narrow now. The key to this is that the U.S. has for a few months been exporting Crude Oil to the world, so this Changes the dynamic of where the Cushing and WTI stocks can go. If it is an open market, then the glut of WTI Will be less and can go to the best market.

Keep in mind, that the S&P has cut the credit ratings for several oil-producing countries. http://www.bloomberg.com/news/articles/2016-02-17/saudi-arabia-cut-to-a-from-a-by-s-p-amid-worsening-oil-rout So there is a rush right now by many in the camp to do what they can to reduce budgets for production and social welfare/ spending programs.

The bottom line is that the psychology of the market has changed and we are seeing statistical evidence to confirm Drawdows are occurring and will continue to occur into year-end. The bear market is over. Can we get back up to $ 100 Per barrel? It seems implausible now as with the recent Paris agreement where 188 nations signed to cut down on Carbon emissions that the market will now eventually have ample reserves of petroleum and natural gas in the long-term, Say in 2025-30. Although the conclusion was that compliance for this agreement might be difficult to enforce, since they Are voluntary, the concept for the world markets is still there. The push, prompted by Germany and Western Europe, Is there to transform the world economy from fossil fuel addiction to renewable and more green energy consumption. As an example, Germany (4th largest economy) has a mandate that by 2050, that the country will be running on renewables as 80 % of their energy needs.

I will keep you posted on further discoveries during this conference, but at least it is good to know that well-known And respected committee in the physical oil industry agrees with me on price projection for petroleum markets.