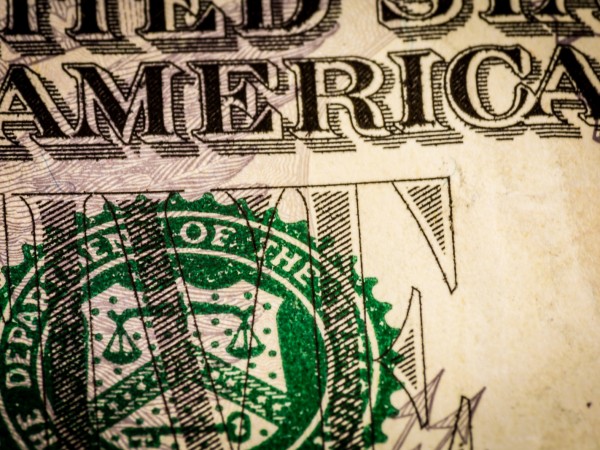 By Rodrigo Costa on April 12, 2016 in agriculture, economics, exchanges

As the USD sinks, equities in most of the European stock markets fell in the past five days partially responding to a poor factory orders in Germany and also due to lower inflationary indices on the common currency area. The ECB once more came up saying that it will fight against the excessively low price growth helping the Stoxx Europe 600 Index to stop sliding further. The Dow Jones and the S&P500 have been trading erratically down from the 2016 high reached at the beginning of the month as investors are hesitant and afraid of the start of the earning season – expected to be the worst since the financial crisis, according to Bloomberg news.

The expectations for a US interest rate hike to take place only once by the end of the year took the Dollar Index to the lowest level since August 2015, helping commodity indices to rally led by energy materials. WTI is up 13.47% in the past five days on renewed speculation of production freeze among OPEP members and Russia and a perception that US inventory could start going lower. The World oil rig count is at the lowest level since 2009, but worldwide stocks are near its all-time highs. Coffee in NY traded below the 120.00 level on fund long-liquidation and some new shorts being added, but it recovered today on the back of a strong Brazilian Real among other things. London managed to place a more positive picture with the May contract trading closer to the year’s high after last Thursday 48 dollar move up in the first seconds of the trading-session.

It took New York nearly US$ 14.00 cents from the highs to attract again commercial buying as per the last COT report. Given also the increase on the Open Interest in the last sessions it would seem that more buying was met on the downside as the non-commercial position is probably near flat as of today – in fact I would guess it is about 1K lots net-long. The devaluation of the greenback is once more behind the inflow of investors in commodities and in the case of the “C” the BRL trading at 3.4980 and the COP at 3053 helps to give prices a breath.

Availability of arabica beans from farmers is on the low side at this moment as Brazil prepares to start the harvest and in Colombia the mitaca flow is not there yet. Several contributors have mentioned that after the last field trips it is unlikely that the crop at the largest producing nation will anticipate, which shall maintain the local activity subdued. Meanwhile exports in March totaled 2,996,549 bags for Brazil and 1,08 mln bags in Colombia, a new cumulative record for the first on the 9-month cycle and second largest number for the latter.

Weather remains the wild card in Colombia, but rains are forecast for the next ten days, “not soaking”, as per WorldWeather, but enough to induce some flowering. In Vietnam the precipitation might not be suffice yet, but the market things that the problem will be if the rainfall lasts beyond the end of this month. IBGE has revised its Brazilian 16/17 crop estimate to 50.2 mln bags, being 39.2 mln of arabica and 11 mln of conilon – the overall number is slightly bigger than the 49.75 mln crop estimated in February.

The political turmoil in Brazil is being followed closely by market participants as it could impact coffee prices based on the move of their local currency. Dilma a week ago was in a better position to “conquer” support from more than 1/3 of the congressman to stop the impeachment process, but the social media pressure on the undecided ones have worked in favor of the opposition. Today the request for the impeachment will be voted and the government already expects a defeat. On Friday the voting on the lower house will take place, likely to last until Sunday when we shall know if she will be removed from the presidency (at least) until a final voting on the Senate takes place. Ex-president Lula is having daily meetings in a hotel near the Planalto (where Dilma lives and works) still trying to convince the undecided congressman to support the president. Therefore it seems that any outcome is possible. Interestingly Dilma’s luck could depend on how the president of the chamber of deputies decides the vote to start. This is because he has the right to call the bailout at any given order and it seems like he will start with the congressman from the South, Southeast and Center West of the country, which are pro-impeachment, leaving the Northeast representatives to vote at the end, potentially forcing them to approve as they see a large majority taking Dilma out.

Some analysts believe that if the impeachment passes the BRL could go to 3.25 and even 3.20. The question is it will stay that “high” afterwards or not.. NY and London coffee prices had a positive close that can attract more buying in the short-term.

In a few words:  The US dollar trading at the lowest level since August 2015 gave a boost for commodity assets that rallied led by crude oil. A couple of additional economic articles have been released calling attention for inflation in the US to have bottomed mentioning that the FED could be more resilient in hiking interest rates therefore allowing inflation to run slightly higher than its target – would that also be the reason for the greenback slide and commodity indices to be moving up? London Coffee rally early on Thursday’s session seemed initially to be related to stops on the arbitrage but the market has not given back the gains and some believe that the dry weather in Vietnam I worrying and might be behind the move. NY technically is taking a short-term profit after it found some commercial buying according to the last COT. The Brazilian Real trading below 3.50 and the Colombian Peso moving closer to 3000 drives away potential selling from these two major arabica origins given more upside room if the buying remains consistent on the “C”.

The Brazilian Real Could Break R$ 4.00 Again
Seasonally NY is Near a Point to Favor Bears