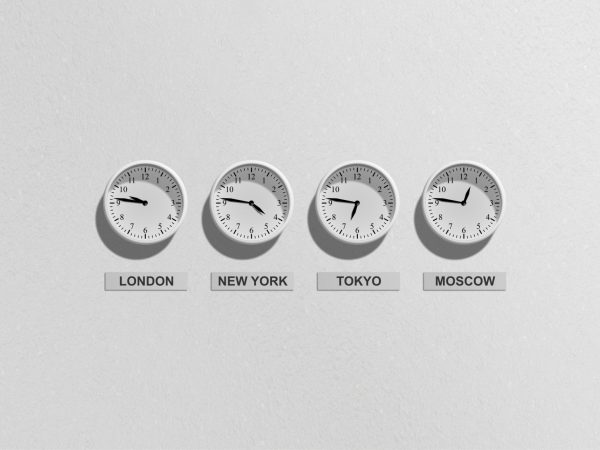 A strong rally of the US dollar at the end of last week encouraged buying of risky assets driving equities and commodities higher. Words from one FOMC member saying that it would be reasonable to call for rate increases this year partially helped to trigger short-covering of dollar’s bears. Chinese exports above expectations in March also contributed to the positive tone in the markets with analysts wondering if the second largest economy growth might have bottomed out after stimulus measures of the government.

Speculation that OPEC and Russia would freeze production on the past Sunday provoked a steep move up on crude oil, feeding buying of equities on a continuous positive correlation of these markets. At the beginning of 1Q16 earning season in the USA some banks have beat estimates helped by cut costs. Mixed data of the American economy still leaves doubt on the need for interest rates to be normalized, as noticed on the jobless claims, PPI/CPI figures and the capacity utilization.

The S&P500 traded today at the highest point since December 2nd, the Dow Jones at July 2015 highs, and the NASDAQ started to fill the gap it left on January 1st. Among the three most followed commodity indices the heavier-weighted on oil, the S&PGSCI made a new high (on April 13th) since November 25th 2015 as crude appreciated while the BCOM and the CRB stayed below the higher levels seen a month ago. In the past five days five components of the CRB went down: gasoline, live cattle, lean hogs, gold and WTI. Raw sugar was the best performer gaining 7.99%, followed by corn, wheat and nickel, respectively up 7.02%, 5.89% and 4.15%. July16 arabica price is virtually at the same level as a week ago after it held support at 122.00 and did was not able hold above 127.65 today. Robusta almost traded at 1600 (basis July16 also), but found resistance and settled US$ 20.00 lower than Monday the 11th.

Rains forecast in Vietnam, which are falling in several areas as I write, attracted commercial selling to the London market capping the managed-money short-selling noticed on the COT report. The flow of coffee improved on the largest robusta producer also weakening the differentials on the internal and FOB markets, but the latter has not yet awakened much buyers. In March Vietnam exported 3,019,883 bags, cumulating 30% more in the first quarter of 2016.

In Brazil the conilon harvest is at its beginning stage with agents fearing that the output could be worse than currently expected. The activity in the internal market in the biggest producing country was quiet as producers have little inventories in their hands while private warehouses have enough coffee for exporters to meet their commitments in the next couple of months. The impeachment process was approved in the Brazilian lower house yesterday, with the government holding only 137 votes out of 172 it needed to stop the process of going to the Senate. Now the Senate will vote on whether to hold a trial against Dilma, likely to happen until May 11th – a simple majority is needed (41 votes) to withdraw her from the presidency provisionally for 180 days until a final vote that requires 2/3 of the 81 senators to permanently impeach her. Brazilian Central Bank has intervened daily on the FX market not letting the BRL to appreciate and today it continued to offer reverse-swaps that along with long-Real liquidation took the currency to 3.6173 during the session (buy the rumor, sell the fact).

In Colombia the rainfall has been enough to dissipate the preoccupation for the main crop. The Colombian Peso got stronger trading at 2,969, or the highest level since last November. Flow of the mitaca remains subdued with poor yields already making some houses to review their crop estimates from 500K to 1 mln bags smaller. In the US inventories in March went up 159,691 bags to 6,028,979 bags – or 993,870 bags more than a year ago (historically the average build up during the month is 140K bags). According to the newswires a respected commodity bank released a review of its 16/17 S&D for coffee seeing a deficit of 0.7 mln bags (from previously forecast of 3.7 mln bags surplus). The agricultural bank says Brazil will produce 52.6 mln bags and Indonesia 10.4 mln bags. Demand is forecasted at 154.7 mln bags, 1.71% higher than in 15/16. The “C” contract seasonally tends to rally in April until the last week of the month or the very beginning of May and then work in negative ground until mid-June (which does not mean that it will happen this year).

Friday’s CFTC report placed the non-commercial with a net long of 2,376 lots – likely to be the about 1K longer as of today. Technically the market gives bull’s a hope on the short-term, but the proximity of the First Notice Day for the May16 contract could put some selling pressure in the next two days.

In a few words: Saudi Arabia has not agreed to freeze oil production without Iran capping its output on the OPEC + Russia meeting that took place in Doha causing a slide on WTI prices of 6.5% earlier today. During the course of the day though news that Kuwait lost 2 mb/d production due to a strike was enough to erase most of the loss and the NY oil contract settled only 0.97% down. The recovery helped equities to move up while the greenback moved back down to the mid of the range of the rally on April13th (94.4275 – important support). Coffee in NY broke to the upside a tringle formation but it needs to hold above 124.20 not to attract short-term selling. Against bulls the FND of the May16 contract could bring some last minute fixation and force managed-money out of their still net-long position. The Brazilian Real performance today is also not very encouraging, a reflection that the impeachment was already priced in and now investors fear that the government might fight to drag the process as much as possible prolonging the political crisis and the stall of the economy – certainly Brazilian Central Bank intervening on the FX market to contain an appreciation of the currency impacts the short-term move of the BRL.