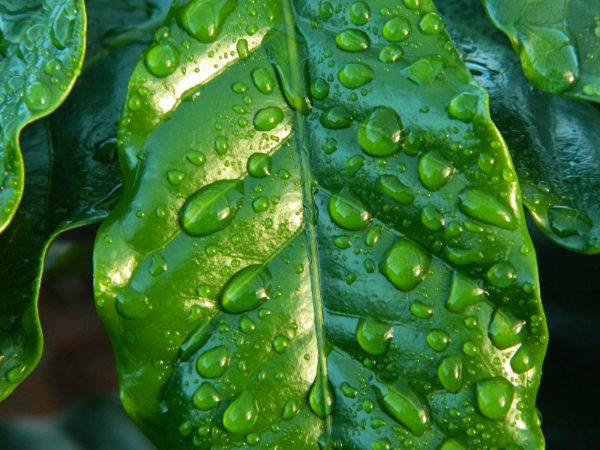 The surprising referendum that brought victory for pro-exit of the UK from the European Union took risk assets down and in two days erased the gains of the month and the 2 Q16. One day before the voting started to be counted equities rallied as polls indicated a slightly majority for the “remain” choice, kind of being a presage that the skew risk would not benefit the upside for the stock markets as eventually one would see a “sell the fact” behavior if all had gone as expected. In the early morning of Friday in Europe the British Pound lost 12% at one point with all major stock indices collapsing. The Dollar Index had a steep rally touching the levels last seen in March and today it respected the high of last week, suggesting a short-term double top (maybe too early to make such a call). The level of uncertainty on the way out of the British from the economic-bloc and the risk of dragging other important countries into a pro-leave mode are being weighted by the markets. While the fall of risk assets was fast, investors wonder if new waves of monetary easing in Europe and Japan wouldn’t eventually stanch the bleeding. For commodities one would have thought that the negative effect for prices would have been worse given the inflow of money that it has been enjoying as the best performing asset class. In the past five days Gold, Silver, Cooper and Live Cattle were the only four components of the CRB that went up, with Corn, Heating Oil, Gasoline and Crude Oil being the worst performers. Coffee in NY had a strong close on Thursday trading the lowest daily volume of the year – besides no news from the fundamental side. The risk-off mode affected the java market but it has been able to sustain relatively well for now. Robusta left a gap between 1686 and 1694 holding just above an uptrend line dated from late February.

Arabica prices resuming the uptrend after no threat of rains and/or cold, last week, was helped by the delayed availability of beans in Brazil as the drying process was affected at the beginning of February. September16 contract trading near US$ 145.00 cents again triggered more physical business helping the replacement to soft slightly. The internal demand in Brazil though, from those short – read exporters and local industry, is not giving as much of a relief that one would had thought. FOB demand differentials are being offered at the same levels as seen before the rally of the “C”, more for good cups and very limited for fine cup qualities. Farmers are busy preparing their coffee to be delivered against the forward sales done late last year and during the first quarter of 2016. Forward prices were above current ones being practiced as buyers were able to pass a portion of the curve of the Brazilian Real and the board, therefore producers do not want to give any reason for their coffees not to pass the quality agreed. Naturally also the farmers tend to get rid of their lower quality beans early in the harvest, keeping their best beans to spread their selling throughout the year, a worrisome situation for the traders that are short fine cup qualities – as most expected a good amount of this type of beans after the good flowering and good rains. Central American coffees are relatively quiet but there is availability if demand warms up. In fact the the off-season consumption in the northern hemisphere and inventories at destination has not provoked the sense of urgency from final buyers to step in and pay the differentials being offered. So nominally the basis is stronger and it will be a patience game for a month or two. According to the USDA World Market Trade Report in 16/17 there will be a surplus of 4.9 million bags, considering a 55.95 mln bags Brazilian production, 27.28 mln bags in Vietnam, 13.3 mln bags in Colombia and 10 mln bags in Indonesia – to name the only the top four. Consumption is estimated at 150.8 mln bags, while inventories at the beginning of the current crop year is said to be 31.5 mln bags, being 11.8 mln in Europe, 5.8 mln in the US, 3.5 mln in Vietnam, 3.4 mln bags in Japan and only 2.53 mln bags in Brazil. Among so many bullish opinions that are flowing into the newswires for coffee, apparently this (“old USDA”) report one was the only one stilling the enthusiasm. The Commitments of Traders in NY showed non-commercial with their largest net-long position since December 2nd 2014, while the gross-long is at levels not seen since August 17th 2010. It does not mean that funds will not buy more, but I would guess that we need more fundamental positive news, or more appetite from funds to increase their longs. End of the quarter and end of first half or the year could bring dress-up buying to sustain a positive performance on the books. Weather-wise speaking there is no cold-front or rains in the next ten days or so, but bulls will argue that the winter has just begun in Brazil. As the harvest progresses in the largest origin more coffee will be available and if the beans that were in the ground turn out not to be as damaged, maybe the revision of the lost quantity of Fine cups could end up lower than perceived at this point.

In a few words: Risk-off mode after the British people decided to leave the European Union erased the positive momentum of the coffee market (among other commodities). Funds being long most raw-materials pose a risk for further liquidation, although bulls say that more monetary easing shall direct investment to the asset-class that has been one of the best performers of the year. In Brazil the Senate is juggling around Dilma’s destiny, every day giving the impression that there is a chance of her to return back to her post (unbelievable). Conservative-right parties in other countries in Europe are hoping that the UK referendum could encourage voters to follow the lead of the Brits, not confirmed by the election in Spain last Sunday. The Dollar Index strength and China fixing the RMB at the weakest level since 2010 bring back to memory the bloodshed we saw at the beginning of the year, but again if money-managers have cash to invest, what are the choices? Coffee held well today but the U6/Z6 spread widening and the tepid demand does not make an upside bet a very comfortable position when non-commercials are holding a large long position.