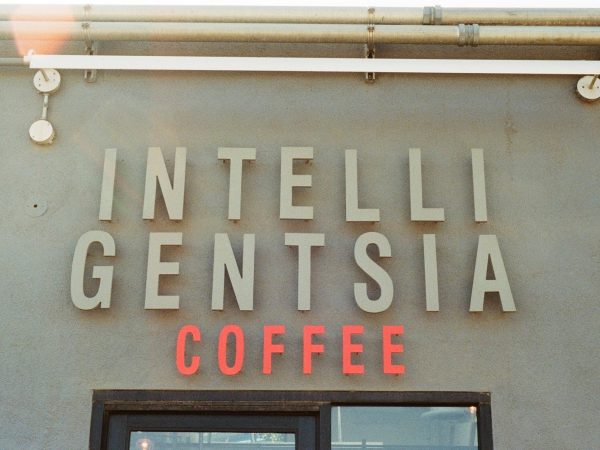 The European Central Bank left rates and its bond buying program unchanged, saying that it will consider adding stimulus later this year once it has a clear picture of the economic impact from the UK’s vote to leave the EU. Comments released last week from the director of the Bank of Japan (BoJ) saying “there is no need for helicopter money” was read as the monetary easing appetite might be waning with the prime minister focusing on fiscal incentives from now on.

US economic indicators and the strength of the stock market is making some analysts bet that a rate hike can take place as early as on FOMC’s September meeting, helping the Dollar Index to trade at the highest level since last March. After almost 5 trillion dollars had been added to the value of global equities since June 27th (up to last week), investors apparently decided to book profits with major indices stopping the rise – at least for now. The strength of the greenback weighted on commodities driving the CRB to May levels, led by losses of 8.76% on soybeans, 7.5% on cocoa and 6.2% of corn. Coffee in New York lost ground in the last two days, ranking just behind the worst performers, with 4.5% slide – similar to crude oil.

Robusta had also slid, but found better support as it has not followed closely the rally of the “C”. The COT report from last Friday showed commercials stepping in to avoid their flat-price coverage decrease further, but the fund position remains sizeable to encourage bulls to jump in after the technical failure of the terminal.

Most of last week was spent on debates and researches among agronomists, farmers and the agents of the coffee industry to assess the extension of the losses provoked by the frost that hit a portion of Minas Gerais, parts of Paraná and São Paulo States. At the end it seems like most agreed that the hit areas were low lands that in the past no one would plant coffee on it, but as there has been no frost for 20 years some farmers decided to take the chances. Of course those who had their farms affected naturally thought the losses were bigger than those that did not suffer.

Putting numbers on the impact of the 17/18 crop is a hard task – just as hard as getting anyone to agree with the size of the Brazilian crop – but some suggested that it has not surpassed 1 mln bags, with many considering between 300k to 500k bags lower production potential. The lack of certainty about the damage along with all the newswires spreading frost stories made the internal market in Brazil less active than otherwise it would be. Brazilian players remain bullish in a reflection of the condition of the internal demand by the local industry, who is buying a wide range of qualities given the smaller conilon crop, and by the exporters demand – many went short and rushing to buy and meet their commitments. The price difference between the R$ 430 a bag for conies, R$ 440.00 for Rio cups, R$ 450.00 for low grades and R$ 495.00 for good cup coffees is quite tight, maybe the tightest on record, naturally converting several bears into bulls. Expected lower exports in July due to a slower customs procedures and the cold weather made most look to further gains of the futures markets. External demand though is needed to complete de equation, following a stronger basis – the later likely to have nominally firmed in the last two days due to the fall of New York, but it is too soon to say if it will sustain.

In Colombia the trucker’s strike has come to the end after 45 days that has delayed the shipments of almost 800k bags – maybe helping to give a big boost to August figures. In Honduras the coffee institute is expecting the country to ship 5.5 mln bags during the next crop, and some have reported that early picking has started already (no significant volume). In Vietnam the physical flow has calmed after the market has given the opportunity for farmers and middlemen to offload their holdings, a nice bet that worked out fine. Differentials for that origin have recovered from negative double digits, just before the country enters the peak of the off-season – but maybe it will not change much the exports in the next two months after the good amount of business that has taken place recently.

Back in Brazil, CONAB said that the country at the end of March had 13.59 mln bags in private warehouses, which plugging the exports and consumption in April, May and June leaves the carry-over virtually at zero (of course during the same period coffees from the current crop were already available to mix in the blends). The carry number varies on the S&D spreadsheets of the players from 1.5 to 5 mln bags. The performance of the DXY and the BRL will be key factors in giving a hint on the next move of the futures markets. Fund position is still sizeable letting long-holders nervous. Not to say that if the macro (and commodities) remains under pressure New York could attract more liquidation that will find a little less buying than it had found in the first US$ 10 cents it lost from the recent highs. Short-holders also might not be comfortable, even though those who were able not to liquidate their position on the run up are breathing a lot better now. Considering the drop of the Open Interest and the recent market move, it would seem that non-commercials are still net-long about 32K lots – as of today. It is true the origins will not be keen sellers in the next days, or even in a couple of weeks, but more than that we need a new wave of buying before the market starts cleaning up its position pre-First Notice Day of the September contract and during the slow month of August, when many traders will take off for the Summer holidays.

In a few words: After a good run on equities – the S&P500 gained 9.1% in sixteen days, from June 27th to July 20th – investors have paused their buying spree on signals that Central Bankers will hold on further stimulus until they found out the impact of (a potential?) Brexit of the EU. The Dollar Index rallying caused commodities to fall, with crude oil down 18% since June 9th high. Inventories of oil and products are still seasonally high and as we approach the last month of the driving season many start wondering if the energy complex will have stamina to move up again. Coffee joined the commodities liquidation, speeding up losses last Friday after the end of the trucker’s strike in Colombia and on forecasts of warmer weather in Brazil.

Funds have dumped probably 4k lots of their long since the last COT, still holding about 32k net long position, just when we saw the commercials, on the CFTC report, stepping in to buy. Losses provoked by the frost in Brazil apparently were not more than 2% of the potential and while the winter is not over in the southern hemisphere yet, the chances of frost diminishes during the month of August. Apparently bulls are still the majority in this market, but long-holders might not feel very comfortable after the poor technical performance of the terminals. A recovery to the middle of last week price levels is needed to avoid a new wave of long-liquidation. On the positive side there is also the expectations on the Brazilian Real to strength further after Dilma is confirmed-out by the Senate (by the end of August) helping Brazil to attract more money to invest in one of the highest real-interest rates of the World.