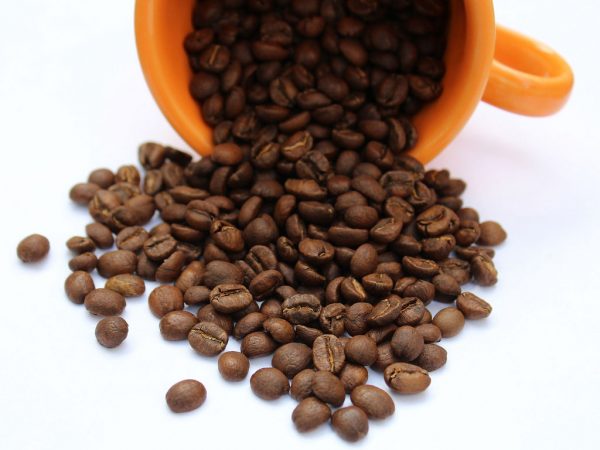 The low yields of bonds, in fact negative for several sovereign ones in the developed World, made analysts and investors to jump on the stock markets with the argument that equities are relatively “cheap” considering the fixed-income returns. The indicator is not the most reliable one as Central Banks have “artificially” inflated the price of bonds, but those who are seating in cash for a long time waiting for an opportunity to buy equities apparently lost patience and jumped in to vest part of their money. The S&P500 and the Down Jones kept drifting higher testing new highs in four out of the last five sessions, at the same time that most European indices kept gains above 2% in one week. Commodity indices are trading virtually at the same levels from our last weekly comment with the best performers being cotton, copper and corn, and the worst ones led by raw sugar, heating oil and lean hogs. Coffee in both New York and London rallied to trade at the highest levels since 20-Feb-2015 and 9-Mar-2015, respectively, helping buyers to attract farmers and intermediaries to sell their coffees at the cheapest differentials seeing in quite some time. The key-reversal pictures drawn on the charts last Friday had initial follow through this morning, but the market found support on news and pictures of cold weather in Brazil – no significant damages were reported though.

News about the trucker’s strike in Colombia and lower world production of robustas were among the reasons given to justify the rally of the coffee markets recently. The first is taking much longer to be solved, it is true, delaying the shipments and strengthening the differentials on the spot, which is a good opportunity for those carrying coffee at consuming countries. Apparently now that the strike is making food-stuff scarce in some areas the Colombian government is acting to make sure the stall ends. The robusta story is really not a fresh one and in fact the London market has legged, as usual, the steep move up of the arabica market, with the arbitrage widening to almost US$ 69 cents/lb. If anything the strength of the BRL, which traded at 3.2171 last Thursday, would probably be the more reasonable explanation of the continuous support that coffee has enjoyed lately. Even so the “C” was able to allow a good flow of business to take place on the internal market in Brazil as well as cheaper offers in the FOB. Buyers at the end are being able to put some coverage on their books at more discounted diffs, and just when some were wondering about all the stories mentioning the stiff replacement in the largest origin the terminal helped them to remain with their same feeling that they had before – meaning no-tightness being “transferred” to their side. One can argue that exporters are suffering with their short-book, but that is exactly the reason why importers/roasters do not feel it, as the pain is being absorbed at the exporter’s levels not on the final users (bulls say: “not yet”). CECAFE released its June exports figure at 2,382 mln bags, making the 15/16 crop year shipments the second largest in history, 35,42 mln bags. Vietnam exported more in June, a total of 2,641,517 bags, 44% more than June last year and so far 45% in the first half of 2016 – the strategy of holding coffee waiting for better prices worked out. Inventories at destination countries are healthy, as the Japanese and the GCA numbers showed. In Japan there were 3.44 mln bags at the end of May (comparing to 3.03 mln bags the same month last year). In the US there were 6,210,612 bags stored in warehouses at the end of June, the highest level since August 2003! ICE arabica certs had stopped falling with the number of bags pending to be graded edging up. The first two lots of Brazils of the current season passed grading last week, making some wonder of how much more will show up. If we accept the general feeling that production of non-naturals Brazil will be much smaller than it could potentially be, the number will be limited. Fund appetite to buy commodities, and in our case more importantly coffee, will determine if the market has the ability to sustain and re-test the highs from last week. Today’s performance was better than expected as the key-reversal of Friday did have follow-through initially, but Monday cold night helped to attract some buying – again on a light volume environment. The pictures that circulated did not show much; in fact no one early in the morning was worried about it until algorithm buying apparently was triggered “fishing” words on the newswires. Everyone that I had spoken with in Brazil was surprised about the frost-talk and just in case many sent their agronomists to the field just to confirm what local buying offices were saying (that only isolated very low areas (900 meters or so) were caught and only superficially – at the tip of the branches – which would allow the tree to recover). Other says that the cold front that hit the coffee areas at the beginning of June provoked a colder night and nothing happened. Some pictures showed some “white” powder in trees and over the coffee drying in the patio, but again there wasn’t a lot of pictures and could be not representative (one reader mentioned that pictures from other years were sent in the middle – go figure). By tomorrow morning everyone will have a better idea of the situation. The COT report on Friday came with funds holding a net-long position of 35K lots, likely to be as high as 40K as of today. From May 31st to the last report specs bought 56,205 lots and the market gained US$ 23.95 cents per pound. They can always buy more, of course, but the commercials will participate more actively from now on as Brazil shall have more coffee available. While funds are only 16k lots away from their all-time record long, the commercials are probably around 50K lots less short than their record of 130,507 contracts. If one is betting on squeezing the commercial short, it seems that we will need much stronger fundamental reasons behind and we should bear in mind that money being cheap allow the players to use several financial tools to free-up cash-flow, if needed.

In a few words: The European Central Bank meets this week and investors are seeking for a strong dovish tone to keep their buying spree on equities alive. As our SG economists mentioned, Europe has to deal with Brexit, Italian banks issues and now a failed Turkey coup that could hurt even more their tourism industry. In China the GDP growth was slightly better than expected but the country fund managers are tightening their risk controls on a caution approach to potential default of companies (according to a Bloomberg article). In the US good economic indicators helped to bring more enthusiasm to the stock market while at the same time some (46%) are betting that eventually the FED might consider a hike this year still.

Coffee surfed the positive wave of risk-asset buying trading at the highest levels since March 2015 and unlocking more physical activity on both the arabica and robusta markets. Today speculators halt the fall after newswires released stories of Frost in Brazil that so far could not be confirmed to be significant. Inventories in Japan and in the US being high and funds holding a large long-position are some of the risks of a profit-taking that bulls say will not be enough to feed the need of commercials to buy. On the other hand new upward moves shall find origins participating with better volumes as availability increases in Brazil from now on.