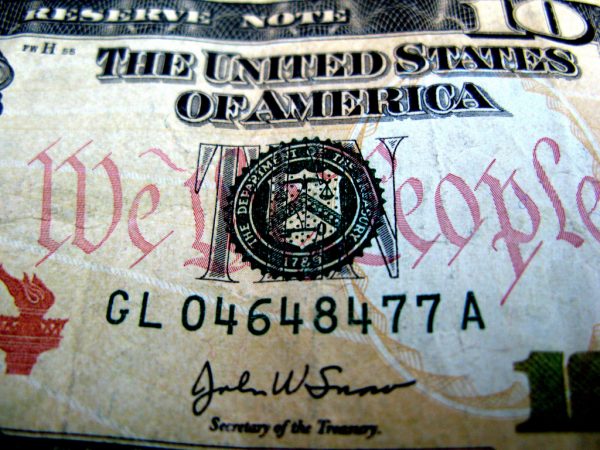 By Rodrigo Costa on September 21, 2016 in economics

The day after tomorrow, Wednesday September 21st, the FOMC finishes its meeting and market participants see only a 20% chance of a hike to happen, according to Bloomberg. Several analysts share the opinion that a move before the US-presidential elections will not happen and the bets for a December increase of interest rates are fairly divided 50/50 (give or take). Interestingly though a couple of weeks ago Janet Yellen and two influential governors of the FED used words that were read as if Sep meeting was a “live” one, therefore if the “normalization” does not take place, at least a more hawkish speech can be expected. That being said, if a non-hike is priced at such high levels it seems to me that nothing but a negative outcome will be the result for risky-assets on Wednesday afternoon, likely to firm up the US dollar. Tomorrow the Bank of Japan will be the first test for investors on its decision of offering further stimulus, or not. Equities in the past five days went south while commodity indices today gapped up as the week started with the Dollar Index losing ground. Coffee in New York had a technical break-out after holding last week above key support levels (a delay response on the sugar rally from Friday as well?!). Robusta prices resumed the uptrend being at shooting distance from 2000, good news for coffee holders.

London coffee is making sequential new recent highs just before the start of the Vietnamese crop, a move that is more in line with most of the bullish stories that run around in regards to global Supply and Demand. The spike on prices comes in good timing, although it would be better if it can be sustained and carry on for another 2 months when availability will increase from the largest producing country of this variety. Worries on the situation of the north of Espírito Santo have not diminished, with several players thinking that next year crop is very unlikely to recover in volume, while some think it is better to wait a little to have a better idea. Certified stocks for ICE robusta are at 2.3 mln bags, not a lot but might not change much with the arrival of new coffee in the market. On the arabica front the light amount of rains that have been fallen in Brazil and the forecasts of a wetter end of September / beginning of October are not making many nervous about a potential upside move in the market (reason why we saw the board quickly rallying: a contrary play?). Inventories in general at consuming countries are not changing much, still at historical high levels, argument that bears use a lot along with the tepid demand seen from roasters. Shipments from Brazil, Colombia and Vietnam are healthy in numbers feeding end-users/traders; one more reason that does not help bears to make a case and buy the market (yet?). Exports in Vietnam in the first eleven months of their crop year, Oct-Aug, are up 33% from a year ago, running at 26.8 mln bags. Brazil exported 2.69 mln bags in August, a number likely to be revised upward according to CECAFE, and the shipment pace in September suggests an even higher figure. Colombia shipments in August were also large as delays that took place in July during the trucker’s strike boosted up the number a month later and likely will not to fall too much at the last month of their crop-year. The flow of coffee in the local markets that have beans available have been good, with Brazil seeing Co-ops releasing quite a bit of coffee, which allows exporters to extend their coverage. If the rain season arrives with no delays in the major origin one could expect farmers to be more willing sellers as warehouses are being reported to be full at most producing regions. ICE arabica certs that back in March during the NCA conference were at 1.46 mln bags are now at 1.26 mln bag, a lot more than the thought (back then) that we would see it closer to 1 mln bags (round number). In fact those following the daily warehouse reports released by the exchange see new coffee being certified – no home found for it? Looking at the COT reports the commercials have caught up a bit on their buying and have also added more selling in London, or an increase of 7,423 lots on the long side and 12,997 lots on the short column. Managed-money is getting longer, being now 36,078 lots net-long. In New York commercials liquidated longs and shorts, while non-commercials reduced only 559 contracts of their longs to 38,160 contracts. The BRL and the COP appreciated slightly in the past sessions, but not as much as the “C” has rallied therefore more selling can be found on new gains of arabica prices. The performance of currencies will add gas to make the technical picture more positive or attract profit-taking, with central banks dictating the tone. I am flying to London tonight to participate, as a panelist, on the ICO Consultative Forum on Wednesday. For those attending I will see you there.

In a few words: A technical break-up in New York today revived the volatility in coffee a day after sugar had rallied almost 6%. The comment is due to the fact that softs have been moving in tandem with one another, mostly these two, raw-sugar and the “C”, but with positive correlation not as great as “old-fashion” traders would like. For algo-systems though anything more than 50% could mean something and as both raw-materials have Brazil as the leader producer and exporter I guess it boils down to the performance of the Brazilian Real. BRL though have slid after critical reforms that need to be implemented by the “new” president Michel Temer might not pass on congress before municipal elections at the end of October. The Dollar-Index have moved up but did not hurt commodities, in general, as investors’ perception is that the FOMC will not hike interest rates in the US on the September meeting and maybe not even in December. Fundamentally coffee players are waiting for the arrival of the Vietnamese crop and mild-qualities with no rush being notice from buyers as inventories at consuming countries are not changing significantly and exports from the three largest producers of coffee are increasing.

Origins Benefiting as their Currencies Slide
Tracking for Commodity Traders