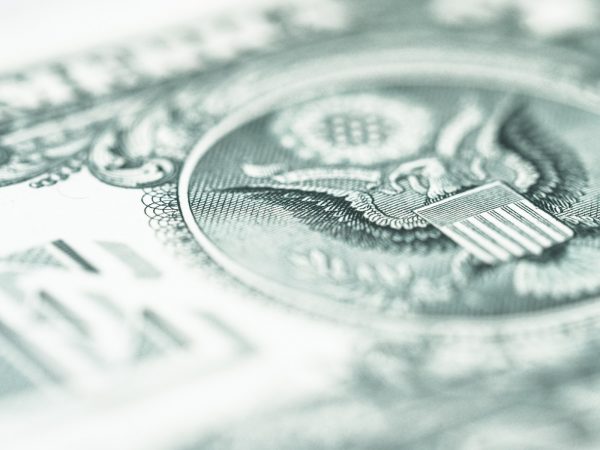 Donald John Trump was elected the 45th president of the USA holding 290 votes of the Electoral College against 228 earned by former Secretary of State Hillary Diane Rodham Clinton. In the popular vote the democratic candidate won by 668,273 votes, but Trump’s success to gain in key swing states took the majority of the polls by surprise. In the early morning of November 9th the S&P future market was losing 5% and the European markets were also selling off on the non-expected(?) outcome. A calmer speech given by the elected president comparing to the candidate started changing the mood of the investors and at the end of the same trading day equity indices moved higher. The Dow Jones in the following days traded at all-time record highs. It is impressive how fast the markets changed the sentiment. Analysts now read that the new president with his tax cuts plans and investment projects in infrastructure will help GDP growth forcing the FED to hike interest rates not only on December but more times in 2017. The bond market tumbled taking 10yr generic yield to 2.30% today, sharply higher from the 1.8547% it closed on the Election Day. Emerging market currencies depreciated as the spread of interest rates diminished forcing, for instance, the Brazilian Central Bank to intervene on the FX market after the Brazilian Real touched 3.5432 – on Tuesday it settled at 3.1686. Commodity indices moved down led by the fall of OJ, Silver, Cocoa, Gasoline, Gold and Coffee “C”. The arabica market made a new 22-month high (also on the 8th) with Mar17 contract trading at 179.55 cts/lb, then gains of more than a week were erased after NY “denied” a recovery attempt it had on its intraday performance last Thursday. Volatility remains high and the exchange has raised initial margins again after the stretched range the market has traded on.

A fear of the unknown that took place in the markets when Hillary chances were swinging against her during the run for presidency was substituted by the trust on the democratic system that has checks and balances guaranteeing that no part of the government becomes too powerful. On top of it as the Republican Party won the majority of both the House and the Senate investments in infrastructure are likely to be easier approved helping economic growth. Stocks and bonds that were moving in the same directions stopped doing so and commodities that could go higher if one thinks that inflation shall rise did not respond this way with the expectations that interest rates will move up higher and faster. Coffee was holding well as the market was trying to figure out different scenarios but the Brazilian currency slide likely attracted algorithm funds to sell the market, bringing then system-funds and the short-term technical crowd. While the fall was big, the way robusta and arabica prices moved today makes bears wonder if funds will dump much more of their longs. The discretionary players that got long betting on a tight S&D shall probably not have lost heart yet, besides, an active portfolio-manager can have a directional position but trade it on ways to take advantage of big moves like the ones we saw recently. Longer-term charts remain positive for the time being. On the origins side of the equation those who are harvesting coffee will participate in the market as more beans become available. In Brazil farmers might sparse more their selling after the commercialization level has reached high levels and also because producers will try to avoid paying too much taxes leaving more sales to 2017 if prices do not move back up again until there. Natural buyers were buying London and New York as per the last COTs and while one could say that the commercial-gross long is far from its average it is not easy to keep track of it during the roll-period with all the spreads and EFRPs activity. Weather has delayed the arrival of the Vietnamese crop, maybe one of the reasons that strengthened the Jan17/Mar17 spread today on the Robusta contract, also taking the outright 106 usd/ton from the intraday low. The “C” followed the move of London after it closed, not in the same percentage, but it moved almost US$ 3 cents higher in the last trading hour. If the Brazilian Real does not weakens much more, either because the Brazilian Central Bank will be doing swap auctions more often or due to most of funds probably had already reduced a lot their short USD position, then coffee prices might not move much away from its not 150 to 180 range and 2000 to 2350.

In a few words: The election of Donald J. Trump surprised the market but the market surprised even more after quickly reassessing its view on the new president’s measures for the economy. Emerging markets vulnerability though made the Mexican Peso and the Brazilian Real, for instance, suffer strong devaluations while stock markets in the US and Europe fared well in fact rallying in the past five days. Coffee had profit-taking that drove prices steeply down in high intraday volatility and daily volumes. According the last COT reports in London commercials added 2,110 lots on their gross-long and in NY 8,220 contracts also increased the long column of the CFTC data released today (due to Veteran’s Day on Friday in the US). Commercial gross-short jumped 12,071 lots until last Tuesday, hitting an all-time record of 176,975 lots. Non-commercial in NY also increased their long to new record-highs, on a gross and net basis, likely to be around 5k lots smaller as of today. The strong performance of the greenback can make it harder for coffee to move much higher from the recent levels in a S&D situation that thanks to the weather and prices paid to producers might eventually surprise with better production next year at the same time that exports remain high for the major origin and will catch up in Vietnam, Colombia and part of Central America.

2 Responses to Reassessing Risks with the U.S. Dollar Strengthening